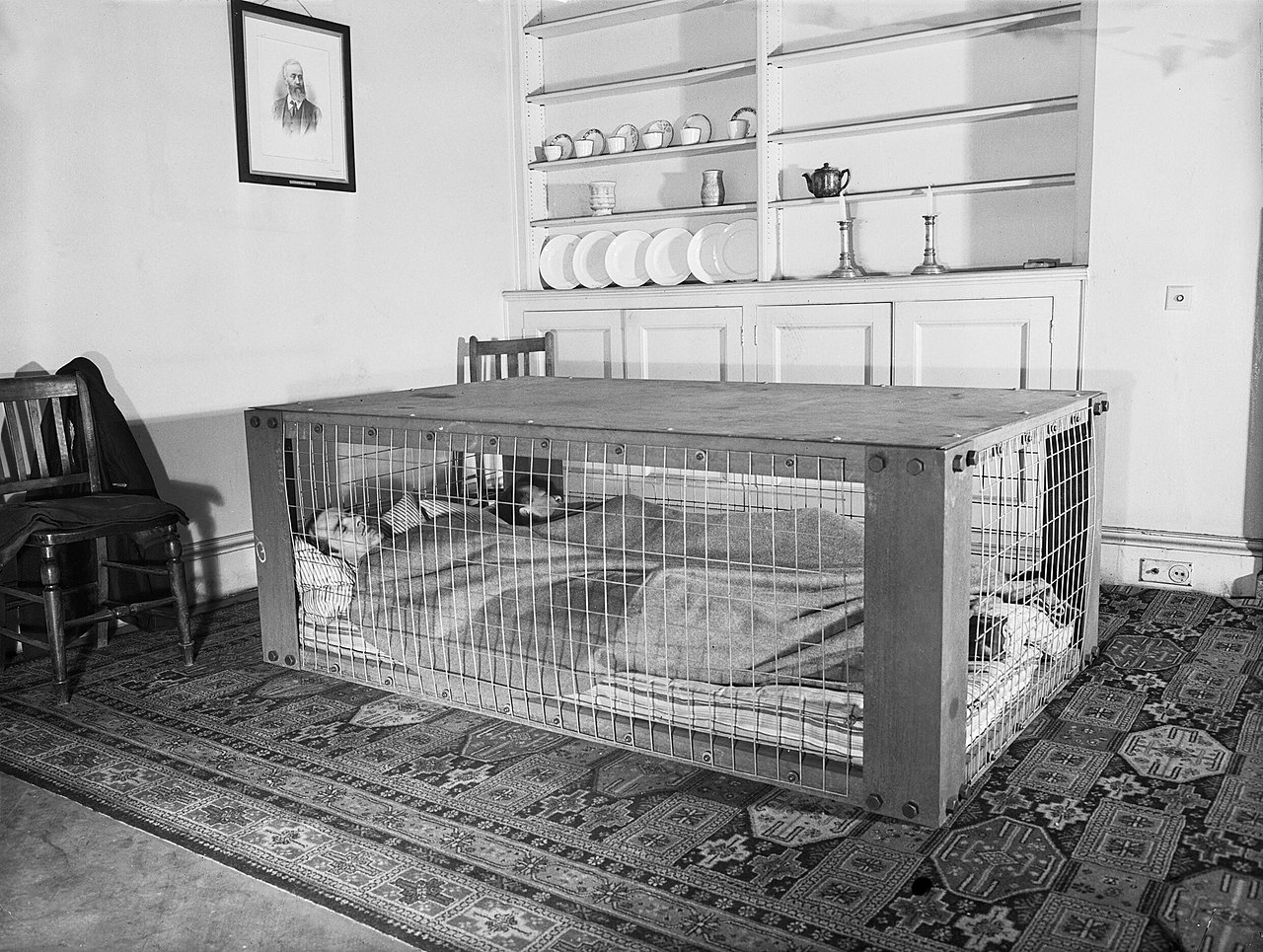 olympify: According to QI, they also became known as a “Morrison sandwich” as a direct hit could cause the roof to collapse onto the occupants.

his_torys_mystery: How common was this to find in a bedroom at the time? And how effective were they in protecting against debris?

mtwrite4: It must be really loud to get out of that thing when you have to wake up at 3 am and pee.

mcmurray89: I think I would prefer to die in my sleep than wake up trapped in that.

sanferryandrea: Too bad there’s nothing they can do for all those plates that are sitting on that shelf pretty precariously

airborneleaf: *Two people demonstrate the use of a Morrison shelter

HulkScreamAIDS: No judgement or anything, but I think those are two dudes.

bdoguru: Can anyone identify whose in the picture on the wall?

riko77can: That looks more like a death trap than a shelter.

Redeemed-Assassin: I saw one of these last summer at the Imperial War Museum in London. It’s incredible what was done for survival back during the World Wars.

Geralt_0_Rivia: Looks cozy tbh. I’d like to sleep in one.

CrazyGrappler: Who knew BDMS was so popular during the war?