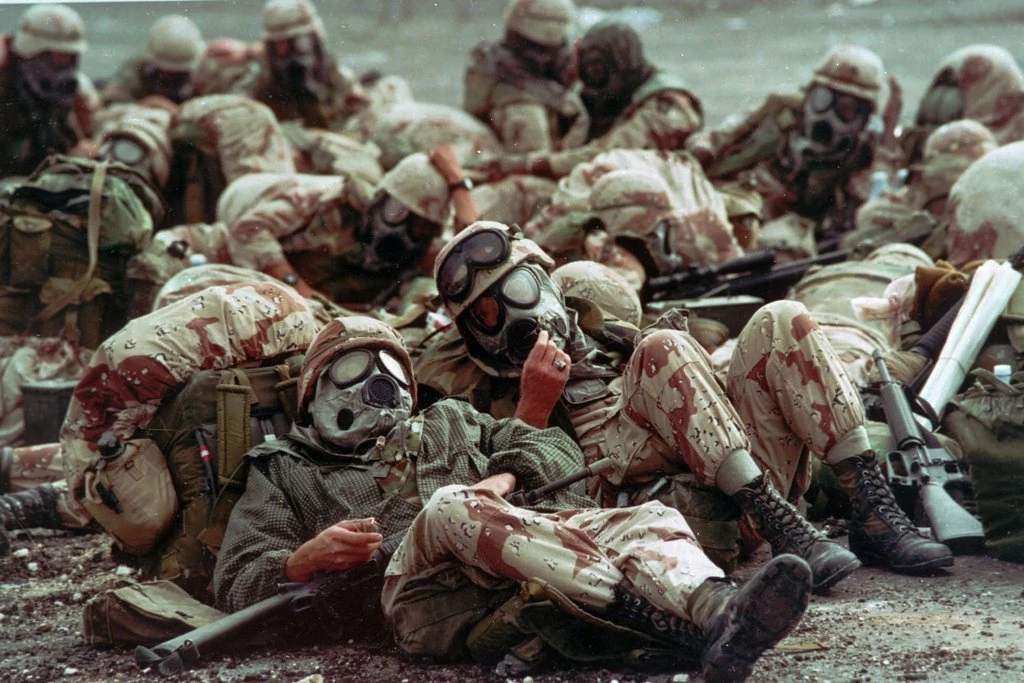 WASHINGTON — The Pentagon’s discovery that 5,000 more veterans of the 1991 Persian Gulf War may have had contact with chemical weapons heightened suspicion Thursday among some veterans of the conflict that the Defense Department has been trying to cover up the issue.

The latest announcement marked the second time in three months that the Defense Department has acknowledged that U.S. troops may have been victims of chemical weapons and also represented a large increase in the number of soldiers potentially affected. In June, defense officials disclosed that 400 soldiers might have been exposed as a result of the same operation, in which American forces were destroying an Iraqi ammunition bunker.

Pentagon officials insisted that exposure was only a possibility, saying there is still no evidence that any U.S. troops were poisoned during the incidents.

Nevertheless, activists who have been pushing the Pentagon to recognize the so-called Gulf War syndrome reacted sharply. Richard H. Haines, president of Gulf War International, said the discovery showed that the investigation into the issue should be handled by an independent body.

James J. Tuite III, director of the Gulf War Research Foundation, agreed. “I don’t know how the Defense Department keeps denying that hundreds of thousands of troops were exposed,” he said. “They say 5,000 now. They will be up to 20,000 soon.”

Pentagon spokesman Kenneth H. Bacon said the department is committed to contacting veterans involved in the destruction of the chemical weapons so that they can be examined. As a result, he said, officials may expand the list further at a later time.

Asked about the suspicion among some veterans that the Pentagon has been seeking to evade the issue during the last few years, Bacon said: “I can’t talk about the past, but I can tell you that we’re listening now.”

As was the case in the announcement made last June, the latest disclosure involves the demolition of Iraqi ammunition at the Khamisiyah weapons storage complex in southern Iraq in March 1991–just after the Gulf War ended–by U.S. troops in the 37th Engineering Battalion.

In June, the Pentagon announced, it had discovered that Bunker 73 in the Khamisiyah dump–which had been blown up by members of the battalion on March 4, 1991–had been found to contain sarin, the nerve agent used in the 1995 Tokyo subway attack.

Defense officials said Thursday that their conversations with veterans involved in that operation had revealed that U.S. soldiers also had destroyed Iraqi weapons stashed in a pit several kilometers away–which also contained sarin and cyclosarin, another nerve agent.

The second incident, which involved the destruction of about 297 122-millimeter rockets, was conducted on March 10, 1991. Officers who uncovered the incident speculated that the total number of weapons destroyed might have been even larger.

Bacon said officials still do not know how many chemical weapons might have been in the pit. Soldiers who claim that they are suffering from a Gulf War disease have reported chronic symptoms ranging from memory loss and concentration problems to disabling fatigue, joint aches, abdominal ailments, breathing problems, hair loss, rashes and other skin conditions.

Bacon said that although officials have interviewed some of the veterans involved in the March 4, 1991, incident, physicians so far had “not been able to find any unusual patterns” that might point to a link between the incident and the Gulf War syndrome symptoms.

But, he added, “we’re not saying it isn’t.” One reason for the latest announcement is to make contact with enough veterans who took part in the operation “to find out whether there is a link,” he said.

Although the Pentagon has conducted clinical studies involving more than 19,000 Gulf War veterans, officials have insisted that they have been unable to establish a firm link between the symptoms that soldiers have reported and a single Gulf War disease.

A massive study by the Pentagon last year said the military has been unable to find any medical evidence pointing to any kind of mysterious syndrome. It said the symptoms veterans have reported stem from one or more common illnesses, all expected to be encountered during a war.

Previous Post: « Photo from the Attica Prison riot in New York, 1971
Next Post: “One of the saddest lessons of history is this: If we’ve been bamboozled long enough, we tend to reject any evidence of the bamboozle.” Carl Sagan »