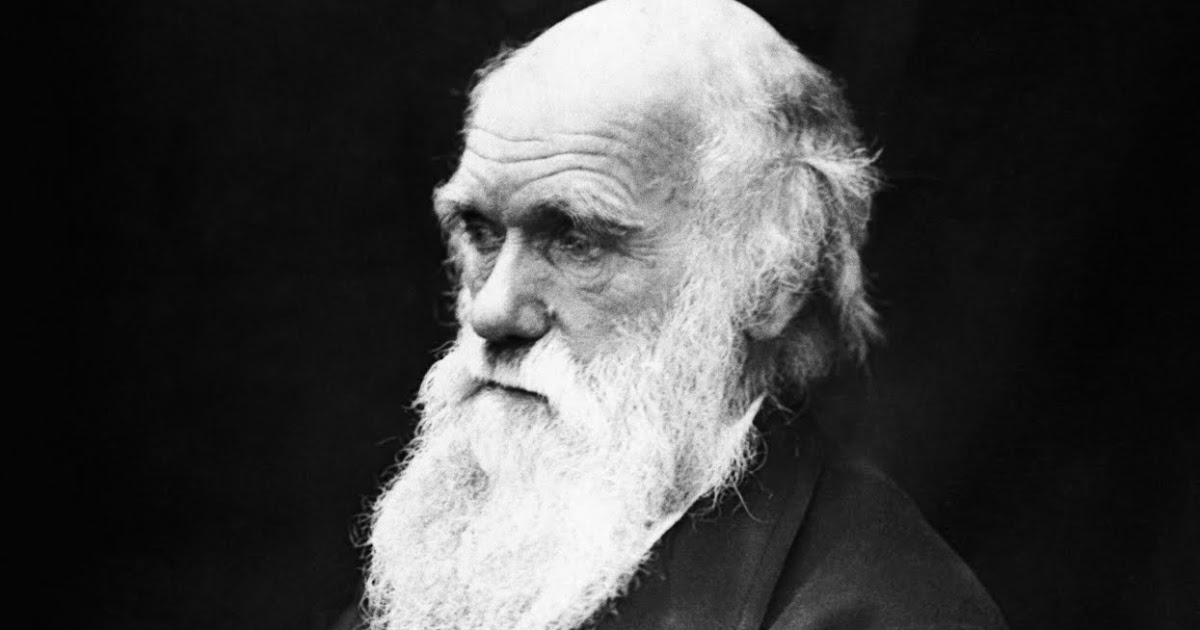 Charles Robert Darwin, FRS FRGS FLS FZS was an English naturalist, geologist and biologist, best known for his contributions to the science of evolution. His proposition that all species of life have descended over time from common ancestors is now widely accepted, and considered a foundational concept in science. Wikipedia

What is Darwin’s Theory of Evolution?

By Ker Than, Live Science Contributor

The theory of evolution by natural selection, first formulated in Darwin’s book “On the Origin of Species” in 1859, is the process by which organisms change over time as a result of changes in heritable physical or behavioral traits. Changes that allow an organism to better adapt to its environment will help it survive and have more offspring.

Evolution by natural selection is one of the best substantiated theories in the history of science, supported by evidence from a wide variety of scientific disciplines, including paleontology, geology, genetics and developmental biology.

The theory has two main points, said Brian Richmond, curator of human origins at the American Museum of Natural History in New York City. “All life on Earth is connected and related to each other,” and this diversity of life is a product of “modifications of populations by natural selection, where some traits were favored in and environment over others,” he said.

More simply put, the theory can be described as “descent with modification,” said Briana Pobiner, an anthropologist and educator at the Smithsonian Institution National Museum of Natural History in Washington, D.C., who specializes in the study of human origins.

The theory is sometimes described as “survival of the fittest,” but that can be misleading, Pobiner said. Here, “fitness” refers not to an organism’s strength or athletic ability, but rather the ability to survive and reproduce.

For example, a study on human evolution on 1,900 students, published online in the journal Personality and Individual Differences in October 2017, found that many people may have trouble finding a mate because of rapidly changing social technological advances that are evolving faster than humans. “Nearly 1 in 2 individuals faces considerable difficulties in the domain of mating,” said lead study author Menelaos Apostolou, an associate professor of social sciences at the University of Nicosia in Cyprus. “In most cases, these difficulties are not due to something wrong or broken, but due to people living in an environment which is very different from the environment they evolved to function in.” [If You Suck at Dating, It’s Not You — It’s Evolution]

In the first edition of “On the Origin of Species” in 1859, Charles Darwin speculated about how natural selection could cause a land mammal to turn into a whale. As a hypothetical example, Darwin used North American black bears, which were known to catch insects by swimming in the water with their mouths open:

“I can see no difficulty in a race of bears being rendered, by natural selection, more aquatic in their structure and habits, with larger and larger mouths, till a creature was produced as monstrous as a whale,” he speculated.

The idea didn’t go over very well with the public. Darwin was so embarrassed by the ridicule he received that the swimming-bear passage was removed from later editions of the book.

Scientists now know that Darwin had the right idea but the wrong animal. Instead of looking at bears, he should have instead been looking at cows and hippopotamuses.

The story of the origin of whales is one of evolution’s most fascinating tales and one of the best examples scientists have of natural selection.

To understand the origin of whales, it’s necessary to have a basic understanding of how natural selection works. Natural selection can change a species in small ways, causing a population to change color or size over the course of several generations. This is called “microevolution.”

But natural selection is also capable of much more. Given enough time and enough accumulated changes, natural selection can create entirely new species, known as “macroevolution.” It can turn dinosaurs into birds, amphibious mammals into whales and the ancestors of apes into humans.

Take the example of whales — using evolution as their guide and knowing how natural selection works, biologists knew that the transition of early whales from land to water occurred in a series of predictable steps. The evolution of the blowhole, for example, might have happened in the following way:

Random genetic changes resulted in at least one whale having its nostrils placed farther back on its head. Those animals with this adaptation would have been better suited to a marine lifestyle, since they would not have had to completely surface to breathe. Such animals would have been more successful and had more offspring. In later generations, more genetic changes occurred, moving the nose farther back on the head.

Darwin also described a form of natural selection that depends on an organism’s success at attracting a mate, a process known as sexual selection. The colorful plumage of peacocks and the antlers of male deer are both examples of traits that evolved under this type of selection.

But Darwin wasn’t the first or only scientist to develop a theory of evolution. The French biologist Jean-Baptiste Lamarck came up with the idea that an organism could pass on traits to its offspring, though he was wrong about some of the details. Around the same time as Darwin, British biologist Alfred Russel Wallace independently came up with the theory of evolution by natural selection.

Darwin didn’t know anything about genetics, Pobiner said. “He observed the pattern of evolution, but he didn’t really know about the mechanism.” That came later, with the discovery of how genes encode different biological or behavioral traits, and how genes are passed down from parents to offspring. The incorporation of genetics and Darwin’s theory is known as “modern evolutionary synthesis.”

The physical and behavioral changes that make natural selection possible happen at the level of DNA and genes. Such changes are called mutations. “Mutations are basically the raw material on which evolution acts,” Pobiner said.

Mutations can be caused by random errors in DNA replication or repair, or by chemical or radiation damage. Most times, mutations are either harmful or neutral, but in rare instances, a mutation might prove beneficial to the organism. If so, it will become more prevalent in the next generation and spread throughout the population.

In this way, natural selection guides the evolutionary process, preserving and adding up the beneficial mutations and rejecting the bad ones. “Mutations are random, but selection for them is not random,” Pobiner said.

But natural selection isn’t the only mechanism by which organisms evolve, she said. For example, genes can be transferred from one population to another when organisms migrate or immigrate, a process known as gene flow. And the frequency of certain genes can also change at random, which is called genetic drift.

A wealth of evidence

Even though scientists could predict what early whales should look like, they lacked the fossil evidence to back up their claim. Creationists took this absence as proof that evolution didn’t occur. They mocked the idea that there could have ever been such a thing as a walking whale. But since the early 1990s, that’s exactly what scientists have been finding.

The critical piece of evidence came in 1994, when paleontologists found the fossilized remains of Ambulocetus natans, an animal whose name literally means “swimming-walking whale.” Its forelimbs had fingers and small hooves but its hind feet were enormous given its size. It was clearly adapted for swimming, but it was also capable of moving clumsily on land, much like a seal.

When it swam, the ancient creature moved like an otter, pushing back with its hind feet and undulating its spine and tail.

Modern whales propel themselves through the water with powerful beats of their horizontal tail flukes, but Ambulocetus still had a whip-like tail and had to use its legs to provide most of the propulsive force needed to move through water.

In recent years, more and more of these transitional species, or “missing links,” have been discovered, lending further support to Darwin’s theory, Richmond said.

Fossil “links” have also been found to support human evolution. In early 2018, a fossilized jaw and teeth found that are estimated to be up to 194,000 years old, making them at least 50,000 years older than modern human fossils previously found outside Africa. This finding provides another clue to how humans have evolved.

Despite the wealth of evidence from the fossil record, genetics and other fields of science, some people still question its validity. Some politicians and religious leaders denounce the theory of evolution, invoking a higher being as a designer to explain the complex world of living things, especially humans.

School boards debate whether the theory of evolution should be taught alongside other ideas, such as intelligent design or creationism.

Mainstream scientists see no controversy. “A lot of people have deep religious beliefs and also accept evolution,” Pobiner said, adding, “there can be real reconciliation.”

Evolution is well supported by many examples of changes in various species leading to the diversity of life seen today. “If someone could really demonstrate a better explanation than evolution and natural selection, [that person] would be the new Darwin,” Richmond said.

« “Most people fail in life because they major in minor things.” – Tony Robbins
An Italian civilian policeman provides an American soldier a refreshing drink of water following Operation Husky: the Allied invasion of Sicily and the capture of the town of Troina from Axis forces. August, 1943. [1179 x 1212] »