Did the Kremlin use a nerve agent to poison a former Russian spy? 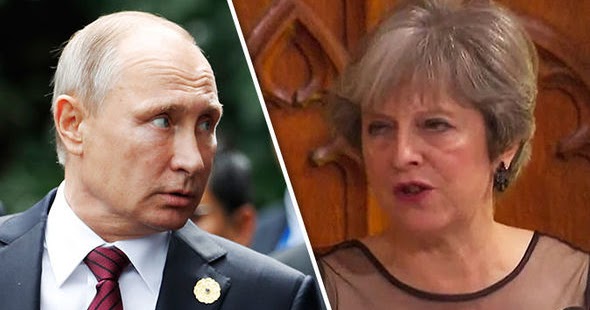 Judging from the suspicious manner of the poisoning incident, the timing, and the concerted efforts to blame Russia who is incidentally the “defender” arms supplier of Syria and Iran, whom Israel has been plotting to exterminate for ages,  we have reasons to believe the ultimate purpose behind the “Spy Poisoning” is a plot to link, and to frame Russia to the chemical weapons in Syria, and to use it as an excuse in order to launch an all out war to wipe Iran off the map once and for all.

It appears the whole campaign is initiated by Israel and their “Globalist” ilks?

Britain has plunged into the gravest battle with Russia since the Cold War as the prime minister unveiled her response to the “reckless and despicable” attack on the ex-Russian double agent Sergei Skripal and his daughter. 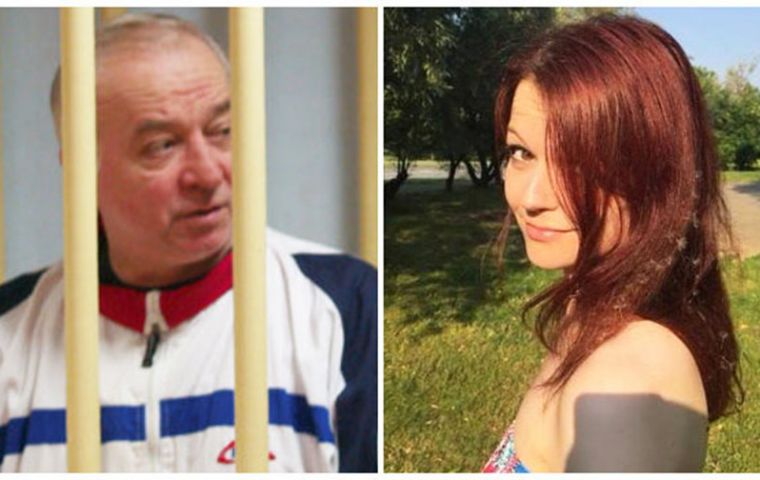 Theresa May announced 23 of Russia’s 58 London diplomats would be expelled as she condemned the nerve agent poisoning in Salisbury.

May, who also plans to freeze Russian assets, said she had invoked the new rules to send a “clear message” to Moscow.

She also said that Britain will “fundamentally degrade” Russian intelligence capability in the UK and prevent them from rebuilding it in the years to come.

Jeremy Corbyn has questioned why samples of a deadly nerve agent have not been sent to Moscow for analysis amid escalating tensions with Russia over the poisoning of an ex-spy and his daughter.

The Mirror reports: UK ministers and the Royal Family will also boycott the World Cup; high-level contacts will be suspended; Britain will bring in new counter-espionage laws and checks on flights; and Russian assets will be frozen if they could be used in a bid to threaten life.

Mrs May firmly declared the attack was an “unlawful use of force by the Russian state against the UK”, and warned Russia has an “undeclared chemical weapons programme in contravention of international law.”

“They have treated the use of a military grade nerve agent in Europe with sarcasm, contempt and defiance,” Mrs May told MPs.

“It is tragic that President Putin has chosen to act in this way.”

The Kremlin’s London embassy instantly branded the response a “hostile action” that is “totally unacceptable, unjustified and shortsighted”.

Moscow flagrantly ignored a deadline of midnight last night to explain how Skripal, 66, his daughter Yulia, 33, and bystanders including DS Nick Bailey were hit with Novichok .

“Without concrete facts, it is a flagrant attempt to mislead the international community – to which we will have to respond.”

Russia’s Ambassador is understood to have been summoned to the Foreign Office today and handed the list.

Galloway: Russia gains nothing from Spy Poisoning, which is ‘Deja Vu’ of Iraq War Run-up

“It’s absolutely absurd that Russia would actually put its signature on a crime like this if they had carried it out” says George Galloway.

‘One of the Great Hoaxes’: Skripal Poisoning Evokes ‘Deja Vu’ of Iraq War Run-up … similar to its headlong rush to war with Iraq in 2003.

So, does the poisoning mark the beginning of war against Iran?

Previous Post: « Rebels firing on Soviet troops during the Hungarian Revolution, Budapest, 1956
Next Post: Princess Elizabeth, in peasant blouse and cotton skirt, and her husband, Prince Philip, in checkered shirt and blue jeans, enjoy an old-fashioned hoedown at a private party in Ottawa, Canada, October 11, 1951 »