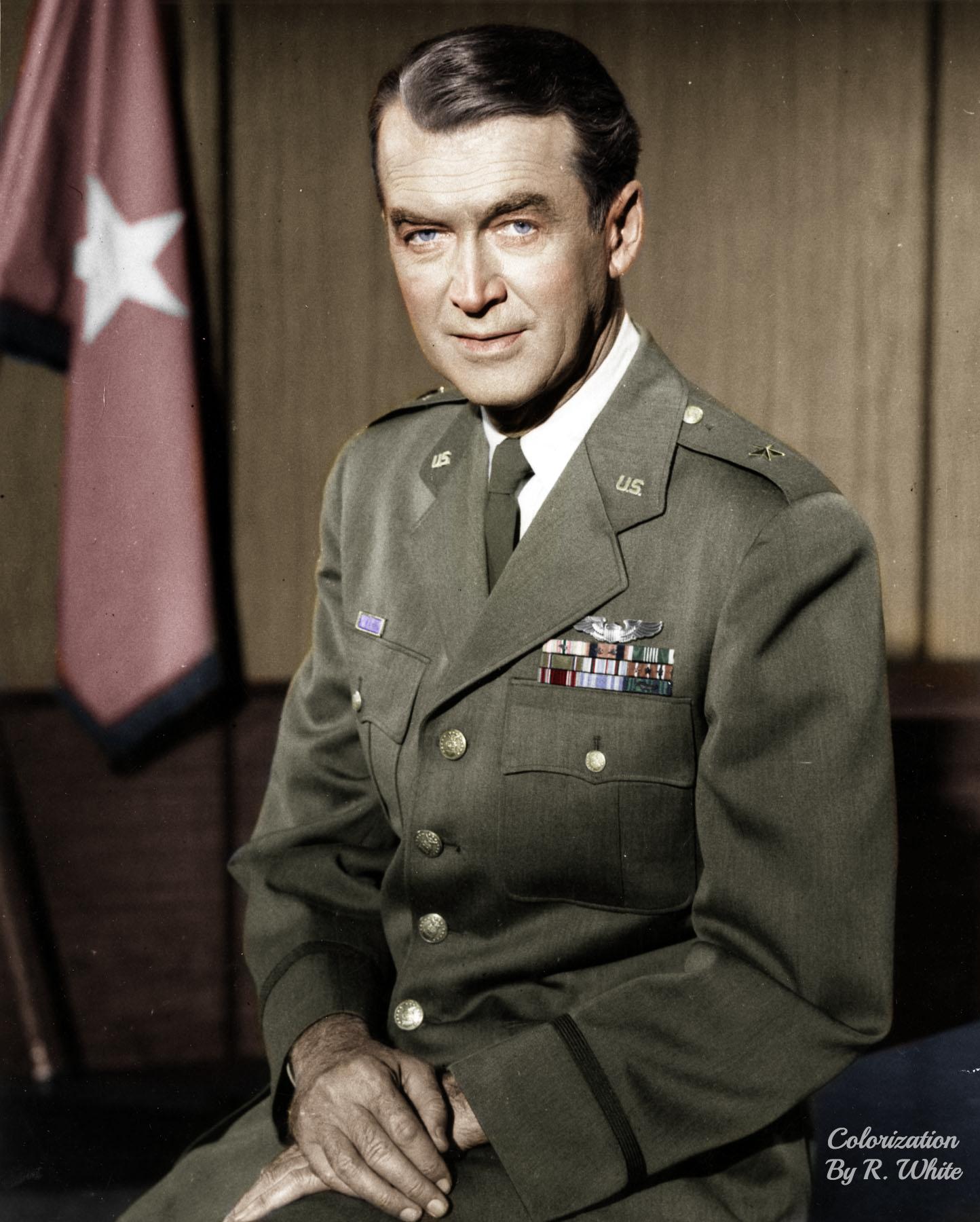 MrBrawn: It is worth noting that his position was more than just ceremonial. He flew bombing missions in Europe during WW2 including bombing Berlin. He remained in active duty well into the 60s.

Hippo_Singularity: Not 100%, but I think the colorization is wrong. The Air Force ended the used of Army greens by former USAAF officers in 1952, and they phased out tan uniforms in 1965; pretty sure the jacket and tie should be blue.

clhines4: Gotta respect a man who, although famous, served in combat and didn’t ever brag about it or let his publicists do so. Classy guy.

« Marines in Saipan. June 25th, 1944
British troops rescuing statues from a destroyed church in Armentieres before the enemy shells could cause further damage, 1916. »