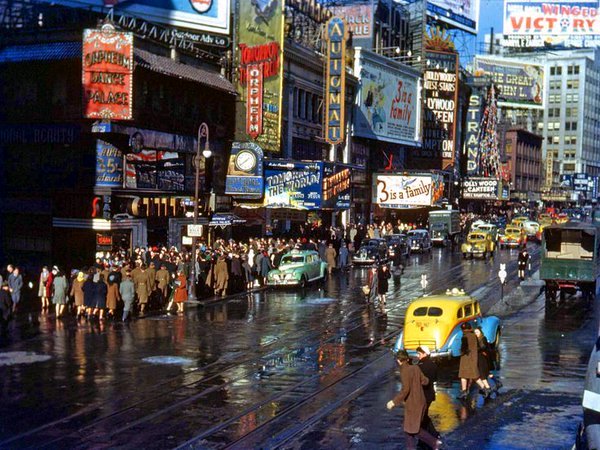 jjorgemiami: Love old photos like this one, specially of New York.

cuelkid: Older pictures of most large US cities show such an optimistic view. Everything just looks larger than life.

castle_in_brooklyn: So cool. Apparently this is 46th and Broadway.

GramercyPlace: I wish this were higher resolution. Very cool!

olfitz: One of the movies being shown was shot in 1944.