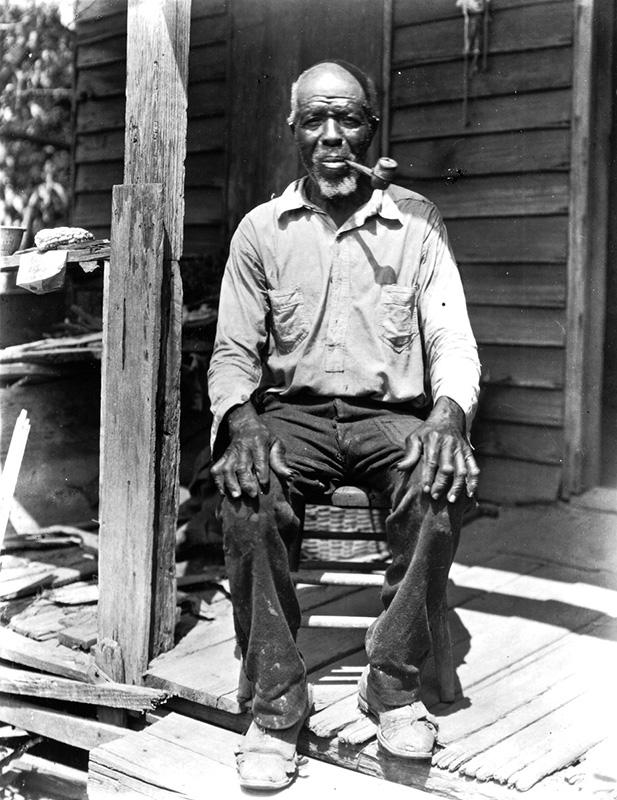 Cudjoe Lewis
Cudjoe Kazoola Lewis, or Cudjo Lewis, was the last known survivor of the Atlantic slave trade between Africa and the United States. Together with 115 other captives, he was brought illegally to the United States on board the ship Clotilde in 1860. Wikipedia
Born: 1840, Togo
Died: July 17, 1935, Africatown, Alabama, United States
Children: David Adeniah Lewis, Celia Ebeossi Lewis 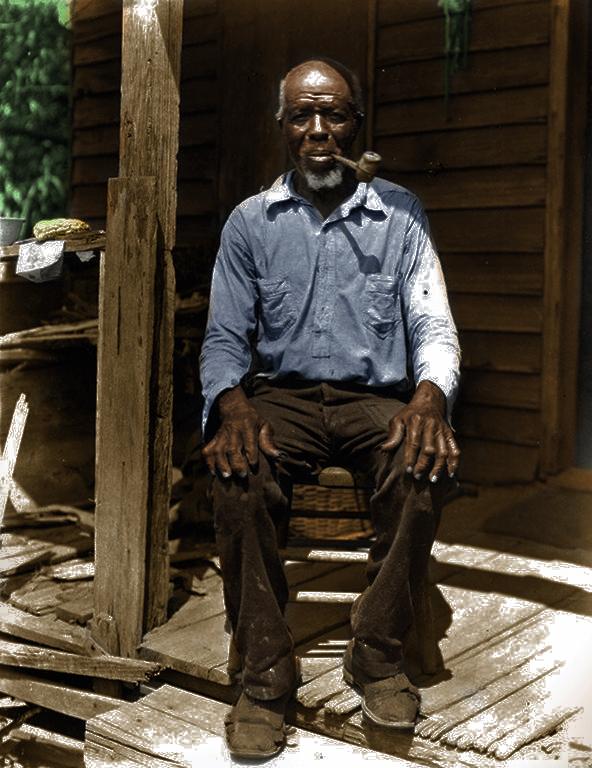 UnfortunateObserver: Looks sick AF dude. Keep doing what you’re doing. I like how they lower section of the photo has sparsely colourized areas; really adds to the effect of colourizing the past.

cyclefreaksix: Those hands have seen a lot of hard work.

BoinkBoinkEtAliae: He looks like such a sweet old grandfather type, I wonder what he was like as a person.

MissRockNerd: How old was he when he came to America ? I wonder if he remembered or told anyone about his journey. I hope he had a good life after emancipation.

Nauticabud: His a man of firsts and lasts, Not only was he the last African born former slave to live well into the 1900’s, He came on the last documented slave ship to come to North America but remarkably he is also the only known ex-slave who was born on African soil to be captured on film.

gnarkill797: Has part of his right pointer finger been cut off?

Previous Post: « A time exposure of violinist Jascha Heifitz playing with a light attached to the end of his bow, photographed by Gjon Mili in New York, 1952
Next Post: Bonnie and Clyde in Joplin Missouri shortly before they were shot dead. 1934 »