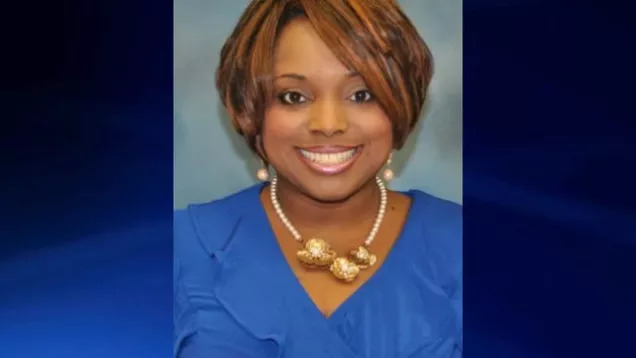 Alpha Kappa Alpha sorority chapter at the Fort Valley State University is currently being investigated for sexual misconduct after being accused of running a sex ring and pimping out its pledges. More specifically, Alecia Johnson, who was an executive assistant at the university and sorority advisor, is under investigation for allegedly pimping out the pledges.

According to reports, the Alpha Kappa Alpha sorority would pimp out it’s “pledges” so they could pay for their sorority fees. The alleged clientele includes local politician and businessmen. Johnson is a member of the organization and served as a graduate advisor for the campus’s Alpha Beta chapter. Johnson resigned from her position when the criminal investigation started. While she has not been arrested or charged, she was identified as a person of interest in the ongoing state criminal investigation.

A report from Rolling Out, citing The Telegraph in Macon, Georgia, the newest members of Alpha Beta who were initiated this past Spring were involved in a sex ring so they could allegedly pay to “pledge” the Black Greek sorority.

The Telegraph in Macon, Georgia, reports the school’s marketing and communications department confirmed the investigation in an emailed statement Monday, April 16 and said the school recently notified the University System of Georgia about a situation. At the end of last week, the Office of the Attorney General and the system’s Board of Regents requested that the GBI open up a criminal investigation, GBI Agent J.T. Ricketson said.

“Right now, it’s all allegation. Nothing has been substantiated by us. We’ve made no arrests,” Ricketson said. “We don’t do administrative inquiries. We are criminal investigators.”

The “matter” and “situation” involves allegations of employee misconduct and hazing linked to Alpha Kappa Alpha Sorority, and according to several unnamed sources, prostitution. The newest members of Alpha Beta who were initiated this past Spring were involved in a sex ring so they could allegedly pay to “pledge” the oldest Black Greek sorority, which was founded in 1908 on the campus of Howard University. The customers are allegedly local politicians and businessmen.

The national sorority organization issued a statement saying it was “appalled to learn of allegations of sexual misconduct against a Fort Valley State University employee who also is a graduate member of the sorority.” However, Adrian Patrick, an attorney for Johnson, says his client is “not a pimp, and she’s not a madam — none of that. She’s not guilty. She did not do anything.”

“These allegations are in no way representative of Alpha Kappa Alpha Sorority’s 110-year service-based mission or its nearly 300,000 members. We condemn these allegations in the strongest possible terms. We remain dedicated to our mission to encourage high scholastic and ethical standards, promote unity, alleviate problems concerning girls and women, create opportunities for them to pursue higher education and be of service to millions of people around the world annually.”

Alpha Kappa Alpha is a traditionally African American sorority which was founded in 1908 at
Howard University.

Police have conducted a raid at one of the largest daycare chains in the Washington D.C. region following allegations the children left in the care of the facility were being “pimped out” to a D.C. pedophile ring.

Fox5 reports that former Minnieland employee Taylor Boykin has been accused of aggravated battery and indecent liberties. Boykin happens to live just a few blocks away from the daycare. His home was also raided by investigators earlier this week.

It’s the latest case of child abuse to hit the popular Northern Virginia daycare chain. The company has also dealt with lawsuits from a child cruelty scandal at Woodbridge in 2013 and a sexual assault incident at Centreville in 2010.

The company claims they conducted a background check on Boykin when he started working for Minnieland seven years ago. But maintaining records is a different story.

The state has now launched two separate investigations into Minnieland’s operations. In an interview with FOX 5, the company says it has decided to launch a third-party, independent audit across all locations to do its own review of procedures.

The news of the D.C. pedophile ring bust follows President Trump’s announcement of a federal investigation into the elite pedophile scandal involving human trafficking, declaring that we must put an end to the “horrific, really horrific crimes taking place.”

The president held a short, dramatic press conference after meeting with human trafficking experts to announce that he will direct “the Department of Justice, the Department of Homeland Security and other federal agencies” to devote more resources and personnel to the investigation.

Appearing at the press conference for less than two minutes, President Trump said that the issue has been on the radar of federal government “for some time” but since taking office in January the investigation has become “much more focused.”

“It has been much more focused over the last four weeks, I can tell you that.”

Trump made it clear that the investigation intends to go all the way to the top, promising to bring the “full force and weight of our government” to eradicate the insidious problem.

“I want to make it clear today that my administration will focus on ending the absolutely horrific practice of human trafficking and I am prepared to bring the full force and weight of our government at the federal level in order to solve this horrific problem that is getting worse,” Trump said.

Former Congresswoman Cynthia McKinney welcomed the news on Twitter and provided D.C insider information: if Trump goes straight all the way with the investigation, senior Democrats and Republicans in D.C are going to be bought down.

Forewarning: this brings down Dems and Repubs! He needs to go straight all the way because this goes to the top!… https://t.co/hGjdJsujnq