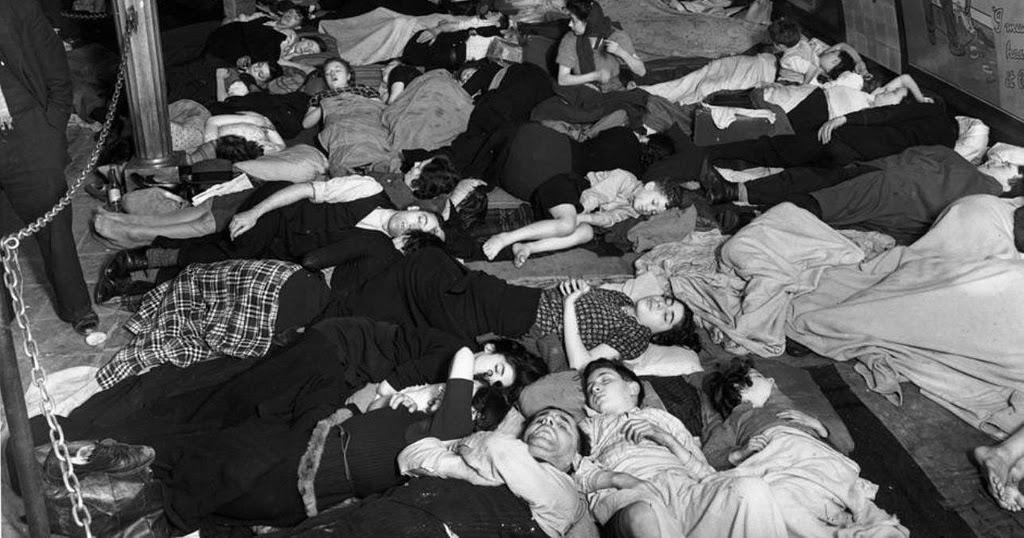 Lord_Cornwallis_III: It is one of the common myths of World War II that the British Government organised the London underground for use by its residents. In fact, they tried to get people to avoid using it as they thought it would disrupt troop movements. However, the Nazi night raids became so frequent that they were practically continuous. Many people who were tired of repeatedly interrupting their sleep to go back and forth to the official ground level street shelters virtually took up residence in them. This gave rise to a new spirit of solidarity and community.

Londoners took what seemed to them an obvious and sensible solution to the problem and moved down into the Tube stations in their thousands. At first, this was actively discouraged by the government. However, this popular action held sway and it was a common sight for a traveller on the Underground in wartime London to pass through a station crowded with the sleeping bodies of men, women and children and their belongings.