First, what does this story tell you about Facebook?

Facebook has begun maliciously targeting a respected child trafficking campaigner, stoping him from raising awareness on the issue by silencing his voice on their platform. 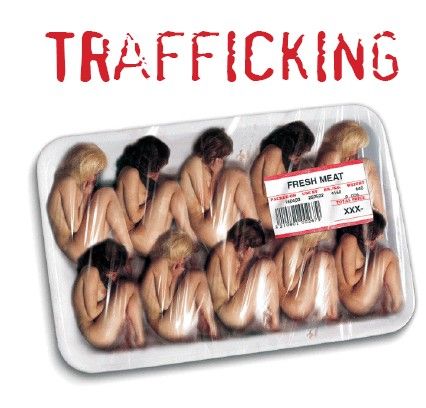 Rob Waterlander has campaigned for many years to get effective action tackling International Child Trafficking.

His Organisation, www.Childrenontour.org campaigns to raise awareness and develop action to close loopholes in the International Airline “Unaccompanied Minor” (UM) scheme. While it works well for legitimate child transit, a shocking lack of safeguards leaves the system wide-open to abuse.

Rob is not a wild-eyed conspiracist making crazy accusations. He is a sober professional who encountered these issues in the course of his own duties working in Airport Operations.

Every time he provides the link to his organisation, his post is marked as “spam” and hidden from view by Facebook. Neither Rob, nor the person he has posted to, can make the post-re-appear.

He is now forced to include spaces to break up the link, as the only way he can share that information from his own Facebook account of many years good standing.

Yet the link itself can be freely posted by anybody else! Rob is being directly targeted to deny him the ability to effectively speak and provide information about his crucial campaign.

Rob Waterlander is not alone. 1000’s of Facebook users have posts removed, or receive bans from posting on groups, or even from posting at all.  Yet not a single word of explanation is ever forthcoming. Facebook keeping its users ignorant of what they are doing that is supposed to be causing “offense”. This is a deliberate tactic to maintain a wall of silence so they cannot be challenged on the specific of their judgements. Facebook fears transparency and scrutiny.

As #Pedogate pressure builds, on the back of President Trump’s historic 21st December Executive Order targeting “Human Traffickers and Corrupt Persons”, it is clear alarm is building through the globalist cabal that their network of perversion and control threatens to be exposed, bringing ruin to them all.

Mark Zuckerberg and Facebook are rushing to assist, by brazenly chilling and censoring on a level never seen before. Just this weekend, truth-speaking legend David Icke has had his page, with 700,000 followers, deleted out of existence as reported.

Children on Tour highlights the issues with the Unaccompanied Minors system and petitions key decision makers within the industry to lobby for effective safeguards to be brought in, that could cut International Child Trafficking significantly.

They also have a completed Film Script detailing the issues “Unaccompanied Minor”, that won the 2015 Moondance International Film Festival in the Feature Screenplay category. They are actively seeking a producer to get the movie made and on the screens.

This is a serious organisation making significant strides. Yet Facebooks response is to personally target its founder and seek to forbid him mentioning on its social network….

THAT CHILDREN ON TOUR EXISTS AT ALL!

Serious concern is already developing about how Rob is being treated. The University of Leiden has set up a blog specifically to talk about the issues Rob has raised. Could this serious academic interest be why he has suddenly been targeted for Facebook censorship? The blog has only just gone live in the last 24 hours. Does Facebook not want this publicised?

Rob Waterlander deserves the support of all concerned activists around the world, to defy this crude censorship and ensure that this message gets heard. Then pressure can build to make sure all of these children can be protected.

The Technocrats, and their front-man, Mark Zuckerberg, look to clamp down on what can be said, and are using Soft AI to choose whose voice gets magnified and whose gets silenced based on what suits Facebooks OWN Agenda.

The implicit message is clear: that those who value free speech must use it!

Or they will find it has been, to all effective purposes, stolen by the algorithm…

Facebook, Google, CIA etc are not spying on you for marketing. It is much worse!

Data collection from the big internet companies is not about selling your data to marketing campaigns. Your data is being used to make AI smarter.

Everytime you click ‘you are not a robot’ the AI becomes smarter. It can recognise a bridge, a car, a sign. Words you type into google, phrases you post on Facebook and your likes/dislikes are all put together, billions upon billions of pieces of information, to create a ‘bell curve’ of the average person. Combine this with the new stories of AI being able to create new stories from scratch and all of a sudden you have AI ‘smart enough’ to manipulate the public opinion with the push of a button.

Computers run the stock exchange, the criminal libraries, most distribution warehouses and a thousand more everyday tasks that we rely on. Why can’t a super computer aid in the manipulation of a population? You say Russia? China? I say it’s a group that has access to the fastest most powerful computers around.

Apollo_Frog: DARPA invented the internet as a voluntary spy device. Now you are weird if you don’t post everything about yourself on social media daily. It is working perfectly. Even if you don’t personally participate your family members will.

tormentvector: Also, they learn from our images. If you told Google’s learning AI early on to make a flower, it was very modest and not realistic. But now after incorporating machine learning it trains itself instead, using our images, yep your images! So now, if you tell it to create a flower, it is so good, it looks like not only a flower, but a photorealistic flower! And it gets better and better ad it learns. Expand on this and it’s kind of scary, as the OP is bringing up. The huge increase in ability was due to the ever increasing amount of OUR data (pictures) and it’s own method of teaching itsrlf. The way it gets better is from constant attempts that are rated by users on the internet. I’ll try and find the documentary or Ted talk I saw this on, and the link where you can help it learn by rating it’s generated images of things… a little different method than the captcha mentioned already.

Some links I got from a quick search on machine learning AI, looks like I was a bit off on the description but it’s late and I’ll edit tmrw. Anyway, what’s to say the AI won’t get so good that it can produce full motion realistic depictions….Say like a aircraft hitting a building in real time, as an hypothetical example.

Edit: Looks like Azure and others are doing the same type of stuff

rockytimber: >to create a ‘bell curve’ of the average person.

More than that to make sure that the agenda is divisive enough to steer issues in their favor. For example preserving the sustainability of the planet for future life has been dropped in favor of debating carbon numbers and what to do to affect carbon numbers.

Controlling overpopulation has been replaced by fears that the overlords are going to cull the herd.

Religious kooks were used to offset any rise in communism by painting atheism in the worst light and amplifying fears of going to hell. But then you have a wedge to divide the population on religion, abortion, sexual identity. Played to perfection, people will talk and fight endlessly on marginal issues while the majority of the budget is used for military adventures.

Sarcophilus: This is what captchas are for. You indetify pictures to a certain aspect and those are used to train AIs.

CPG grey had a good video on machine and AI learning [Link](https://youtu.be/R9OHn5ZF4Uo)

Space__Stuff: I think you are correct and it’s quite scary. I also think it could be pulled off with very few people understanding what is really happening.

Red-Vagabond: I despise the stooges that work for systems of fear. I know the $$$ was not worth it. You cannot justify this perverse behavior.

mindboglin: It’s not a very smart AI if it relies on captchas. 99% of them are cars and signs. The whole point of them is to be easy to recognize.

coftsock: Could there even be a “bell curve” of the average person? Everyone is so so different especially at different ages, locations and genders. They could find an average “bell curve” for a group but not a person.

LilYoungHouse: this isn’t even a theory, it’s what google is doing

swordofdamocles42: this should be on the front page instead of the dross there…
oh its downvoted to below zero

dexdin: There nothing insidious about marketing data or training AI

The way they recieve this data is, its just a tool like any other. Actually AI and “big data” is being used in the medical field to expand drug effectiveness etc…

Previous Post: « “When the whole world is running towards a cliff, he who is running in the opposite direction appears to have lost his mind.” C.S. Lewis
Next Post: Facebook 2017 Year in Review – highlighting the top ways people are being exploited on Facebook »