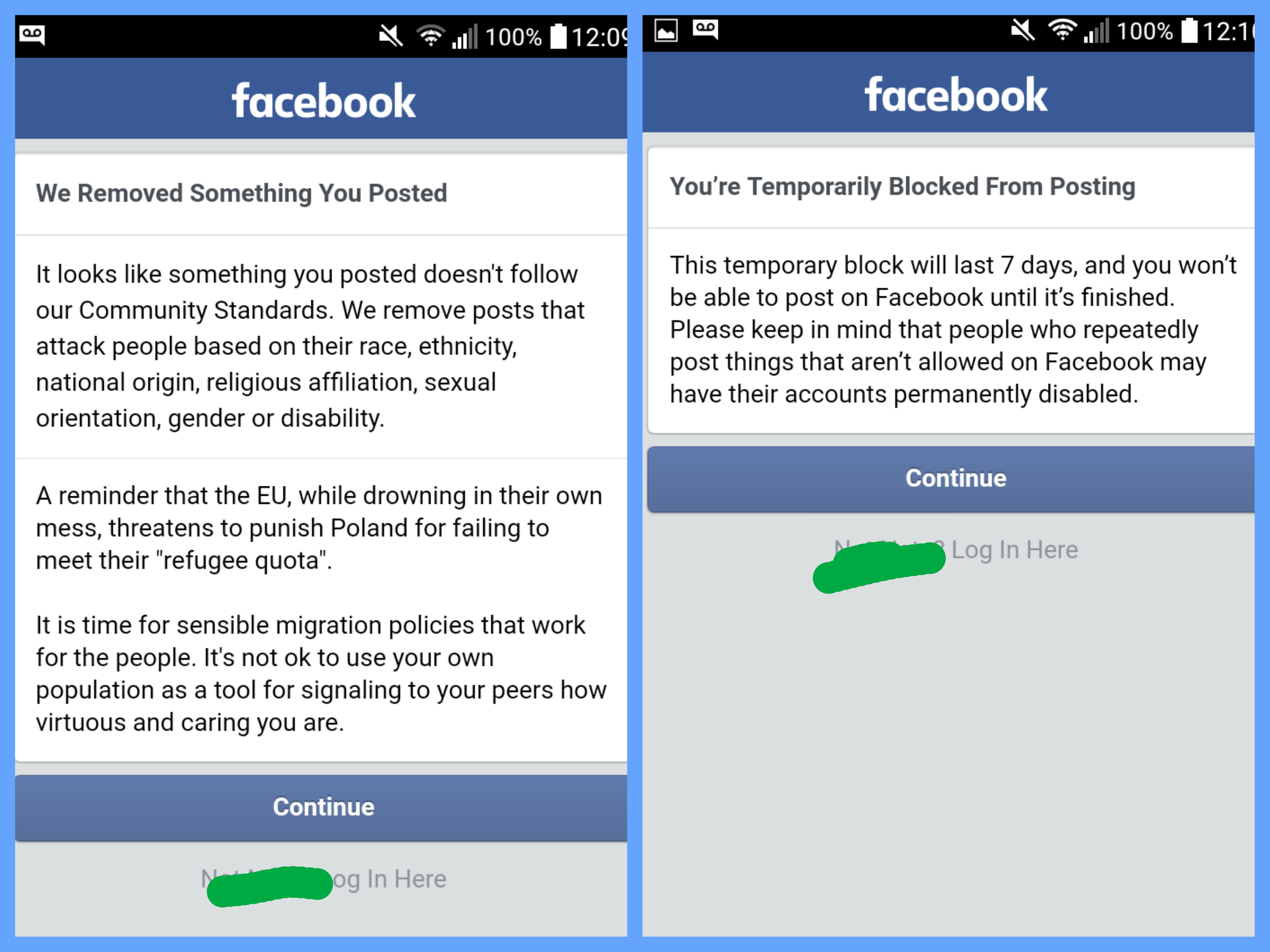 nelsonyep: You have to think in the time scale of decades, they will try to shift ‘thinking’ into an acceptable form that they want.

Tuckerbomb: That sucks. All we can do now is stop using them.

facelessnature: What did you post? If you don’t mind me asking.

blackholesmatter: I totally disagree with your opinion on refugees but, yeah, Facebook’s power is scary, and their lack of transparency. There’s over a billion people on FB, over a billion f**king people. No one has a platform like that, no one ever has in history.

LeftAndDemsArePedos: Which is why they’ll lose subscribers, mark my words

Ripvincefoster: And then they bitch about neutrality. You get banned for stating your opinion and turned into the thought police.

FORKinmyD*CK: On two separate occasions I was banned from posting across the entire site for a comment and a post I made in a CLOSED GROUP.

Crumbcrumbs: Too bad its not permanently delete

sackajahweeda: As of today OP will also possibly lose their twitter account too because of this. Time to rid yourself of BOTH?

CABrock: I feel like some downvotes so I’m just gonna say how amazingly fake this is.

benjaminbunny99: This has been happening for awhile. That’s what “Net Neutrality” is. It’s government regulated internet. You know, the same government everyone knows is corrupt. Bunch of suckers, the public is.