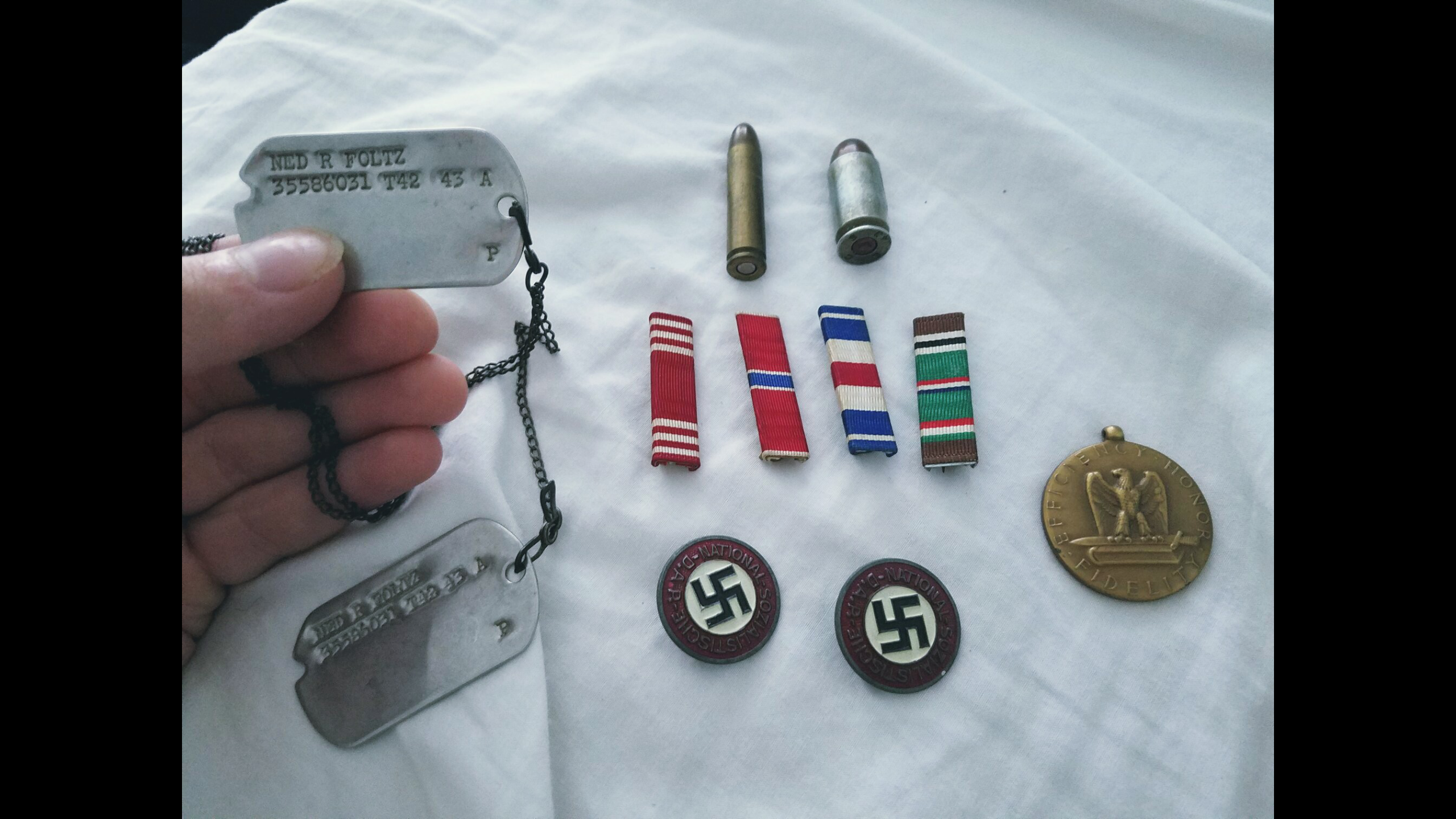 UberZouave: Looks like he carried an M1 carbine and a 1911

technique_only: To read those tags:

That medal belongs to the Good Conduct Medal

DoScienceToIt: Plus side: There’s a collector’s market for that stuff.
Down side: It’s exactly as awful as you might imagine.

__Jank__: Judging by what’s in the photo, Ned R Foltz got drafted sometime between July 1943 and March 1944, served in the Army in Europe, and he was from either Indiana, Kentucky, Ohio, or West Virginia. Blood Type A, Protestant.

He got an Army Good Conduct Medal (left ribbon and medallion), a Bronze Star, a Silver Star, and a Europe-Africa-Middle East Campaign Medal.

The swastika pins are Nazi Party pins worn to show membership to the NSDAP political party.

Previous Post: « “If you think you are too small to make a difference … try sleeping with a mosquito in the room.” Dalai Lama
Next Post: Documentary: These 100 secret societies prove who really rules America. The “elite” have societies on campus to induct the chosen into power. An American caste system. »