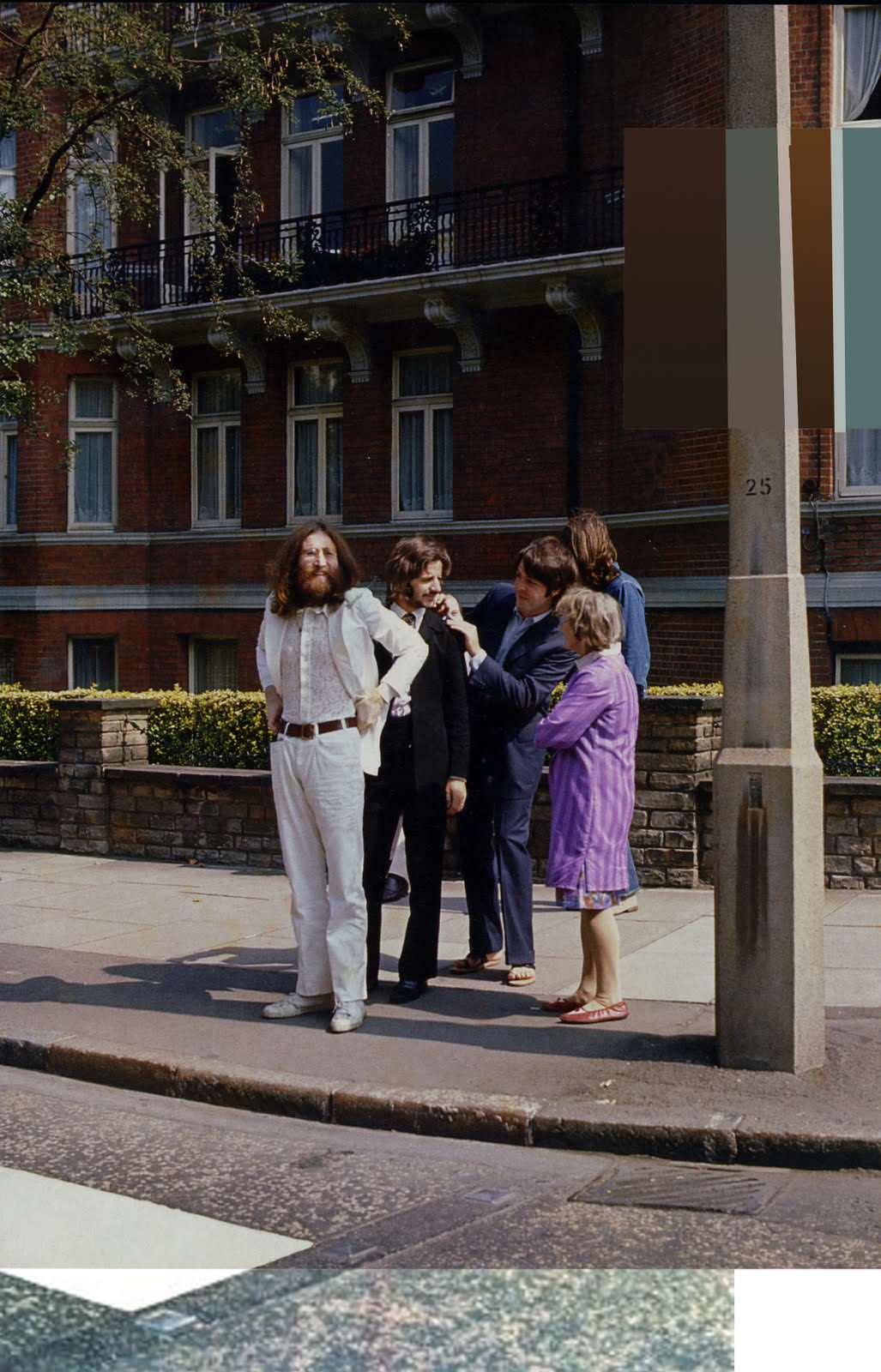 death_by_chocolate: “Are you boys in a group or something?”

Whom-st-ve: It’s cool that Paul hasn’t taken his flip flops off yet

Trentacop: Why was the photo digitally altered? Look up at the lamp post on the right and you’ll understand what I mean.

Tangerinetrooper: What a bunch of rip-offs. Walking across Abbey Road is *sooooooo* original.

nakedmeeple: There are literally hundreds of people who make a trip to that crossing every day just to take pictures. It happens so frequently, in fact, that [there’s a webcam](https://www.abbeyroad.com/crossing) in place to capture the action. You only need to watch for a few minutes during daylight hours to see someone stop and recreate the iconic photograph.

ancientflowers: So cool! They totally look like the Beatles!! Anyone else notice that?

ButterfreeCrucifix: Oh hey! It’s my favorite band, The Quarrymen.
Not sure who the fella’ is behind John Lennon though, anyone know?

dungeonbitch: Elsewhere on earth, Charles Manson finalises his grand murderous plot to be carried out by his followers the next night, under the supposed delusion that the Beatles had subliminally ordered him to do so on their previous album.

FartsWhenLaughing: “Yes Mrs. Rigsby, I am the drummer, Paul plays bass, John sings, and on guitar we have cousin It.”