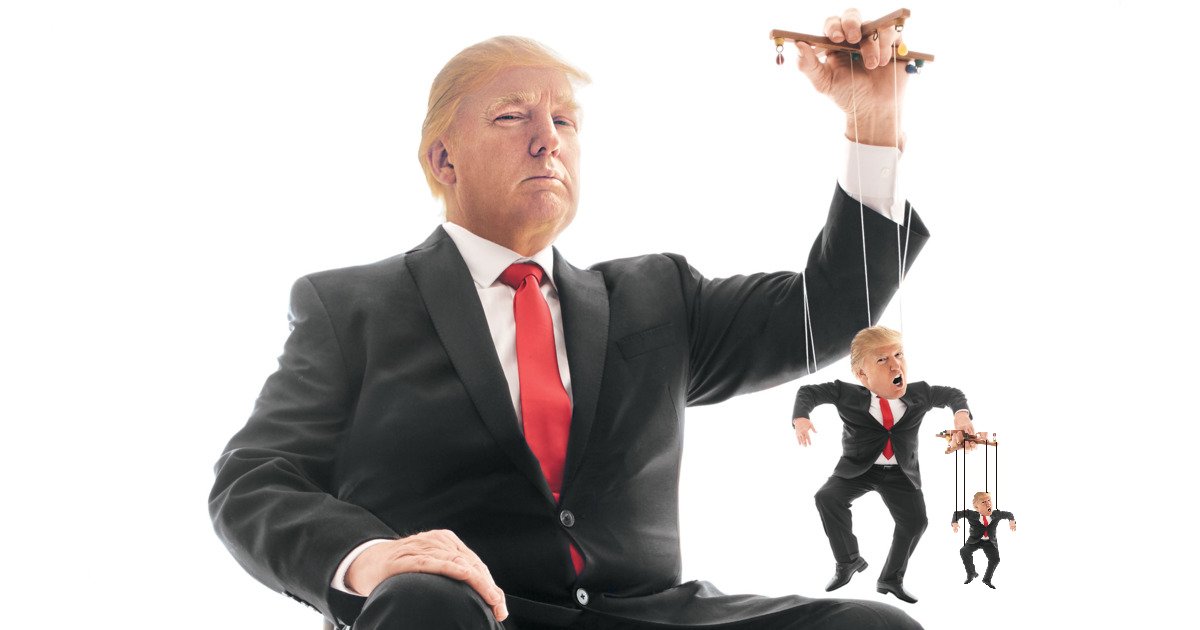 Many are convinced the President of United States never have a say in state affairs. The country is in reality run by the so called Deep State (unelected élite who answers to no one and accountable for nothing) as witnessed in the recent events: –

1. US Sailing Warship Into the Black Sea to Confront Russia

Tucker Says Trump is Not Capable of Fixing the Country

Tucker Carlson gave a fascinating interview to Swiss media, which should really be read in its entirety. 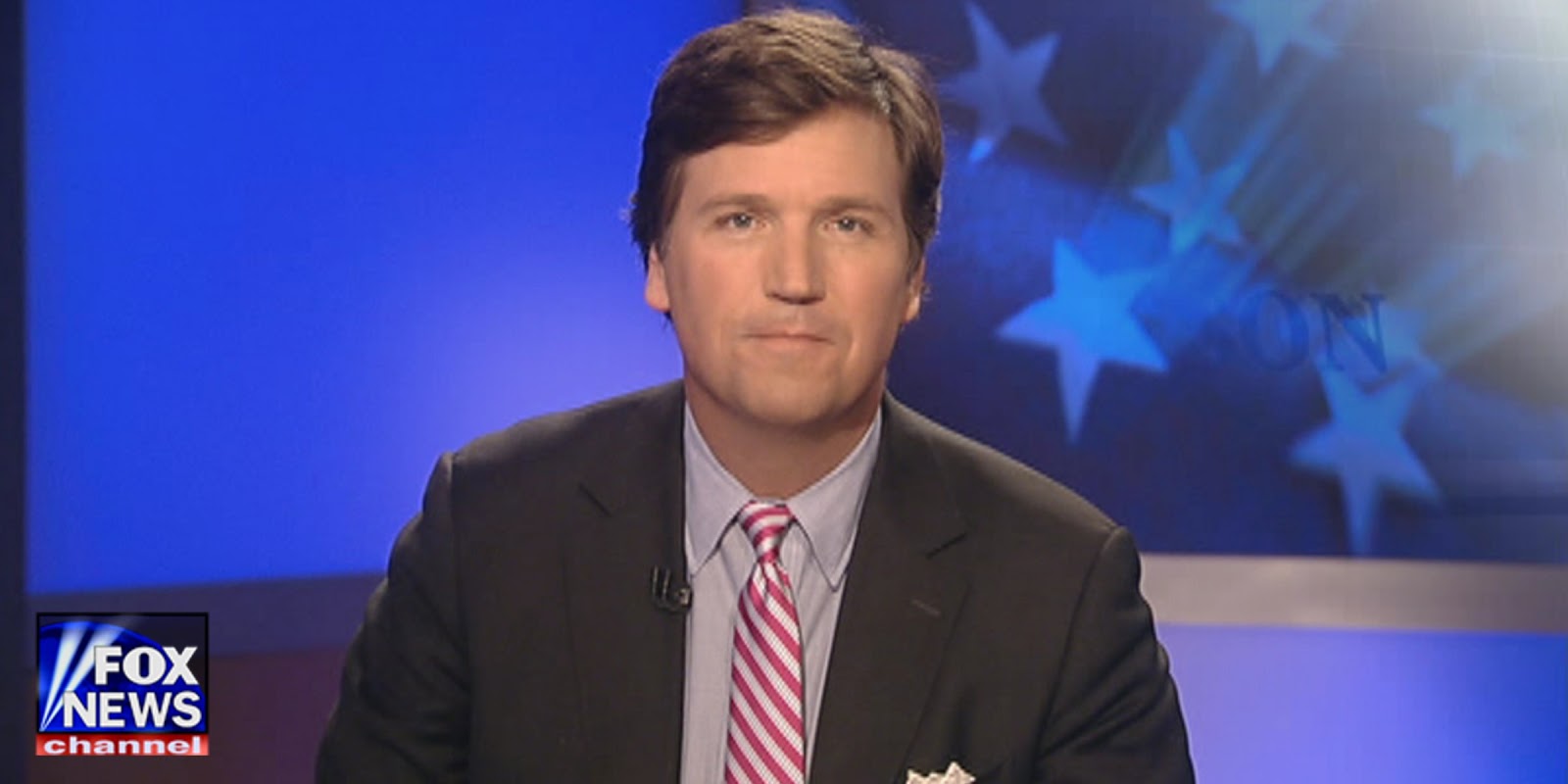 Here is the excerpt: –

In your book you speak a lot about people who attack Trump, but you actually don’t say very much about Trump’s record.

Do you think he has kept his promises? Has he achieved his goals?

I think Trump’s role is to begin the conversation about what actually matters. We were not having any conversation about immigration before Trump arrived in Washington. People were bothered about it in different places in the country. It’s a huge country, but that was not a staple of political debate at all. Trump asked basic questions like’ “Why don’t our borders work?” “Why should we sign a trade agreement and let the other side cheat?” Or my favorite of all, “What’s the point of NATO?” The point of NATO was to keep the Soviets from invading western Europe but they haven’t existed in 27 years, so what is the point? These are obvious questions that no one could answer.

Apart from asking these very important questions has he really achieved nothing?

Not much. Not much. Much less than he should have. I’ve come to believe he’s not capable of it.

Why should he be not capable?

Because the legislative process in this country by design is highly complex, and it’s designed to be complex as a way of diffusing power, of course, because the people who framed our Constitution, founded our country, were worried about concentrations of power. They balanced it among the three branches as you know and they made it very hard to make legislation. In order to do it you really have to understand how it works and you have to be very focused on getting it done, and he knows very little about the legislative process, hasn’t learned anything, hasn’t and surrounded himself with people that can get it done, hasn’t done all the things you need to do so. It’s mostly his fault that he hasn’t achieved those things. I’m not in charge of Trump.

Analysts argue that Trump doesn’t have the ability to do anything because he is hamstrung by the system, while Tucker is claiming that he could navigate around the system if he had a different skillset.

They say this is true in some cosmic realm of pure mathematics, but the hard reality of the situation is that a person with that political skillset never could have been elected, as it is impossible for the skillset that got Trump elected to overlap with the skillset Tucker is referencing in one man. These two human types are in fundamental contrast to one another.

So they are not convinced that Trump is failing to do something he could do. And they guess Tucker isn’t saying that either. And that he is ascribing him a meaningful role in history while also acknowledging that he won’t likely accomplish any policy goals.

Tucker also makes an aristocratic argument against populism, which is somewhat fascinating but which analysts don’t really see the value of trying to explain to people. 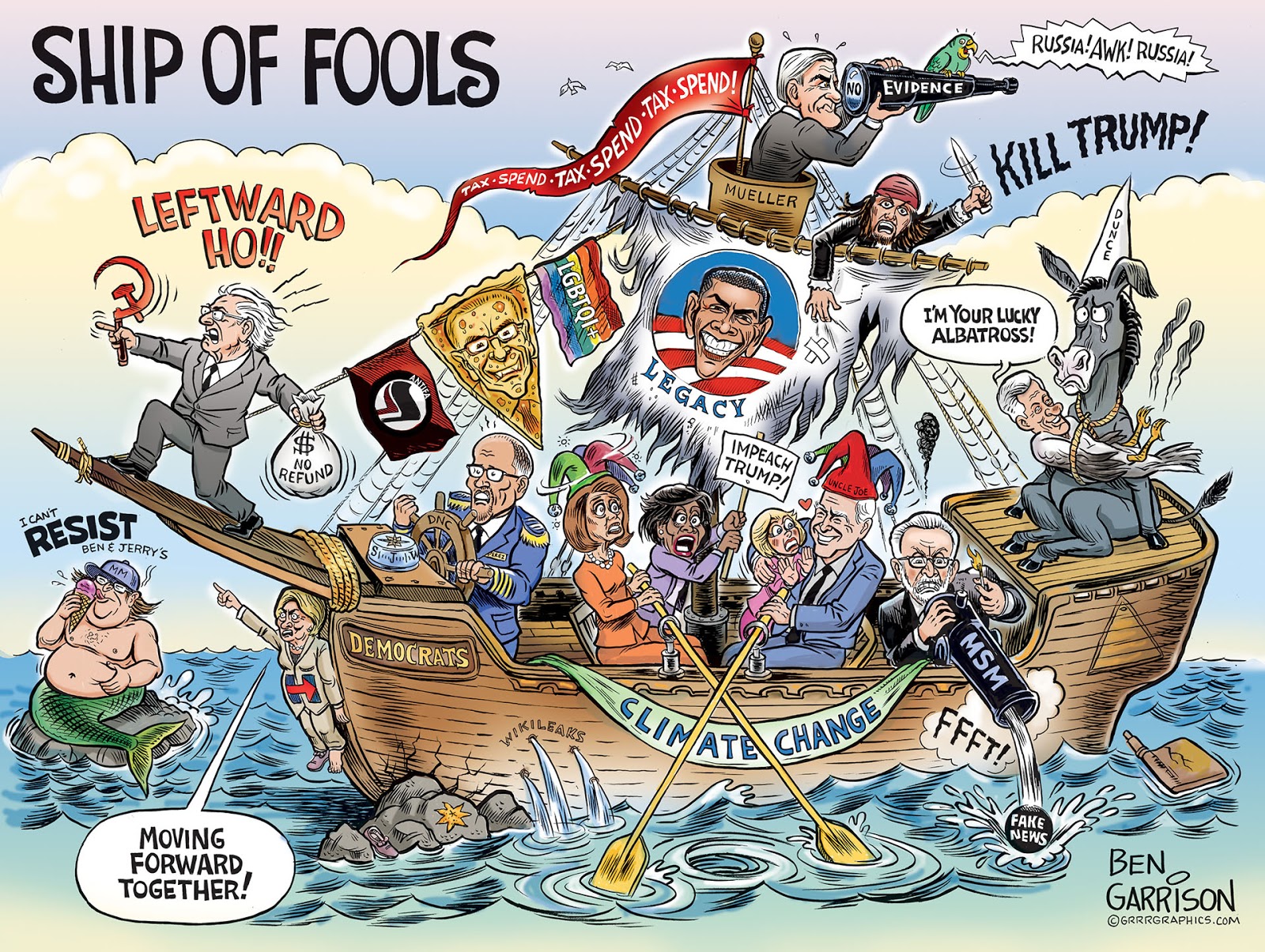 The title of your book is “Ship of Fools”. You write that an irresponsible elite has taken over America. Who is the biggest fool?

I mean let me just be clear. I’m not against an aristocratic system. I’m not against a ruling class. I think that hierarchies are natural, people create them in every society. I just think the system that we have now the meritocracy, which is based really on our education system, on a small number of colleges has produced a ruling class that doesn’t have the self-awareness that you need to be wise. I’m not arguing for populism, actually. I’m arguing against populism. Populism is what you get when your leaders fail. In a democracy, the population says this is terrible and they elect someone like Trump.

This is technically true – there should be an elite ruling class, that is necessary for any society?

However, the current aristocracy is completely and totally corrupt. And the fact is that there is no benevolent elite to fall back on, and put back in power.

Observers would love it if there was some existing Episcopalian family of power and wealth who we could rally around, but the fact is that there is not, so populism – that is, a peasant revolt – is the singular possible political movement. From that, a new aristocracy can be established.

Perhaps the most interesting comment was on why there cannot be a civil war in America – essentially because people are generally lame and afraid of violence.

How close to a revolution is your country?

By revolution, let me be clear, I don’t think that we’re anywhere near an outbreak of civil war, armed violence between two sides for a bunch of different reasons… Testosterone levels are so low and marijuana use is so high that I think the population is probably too … What you don’t have, prerequisite fall revolution, violent revolution, is a large group of young people who are comfortable with violence and we don’t have that. Maybe that will change. I hope it doesn’t. I don’t want violence for violence. I appall violence, but I just don’t see that happening. What I see happening most likely is a kind of gradual separation of the states.

If you look at the polling on the subject, classically, traditionally, Americans had antique racial attitudes. If you say, “Would you be okay with your daughter marrying outside her race?” Most Americans, if they’re being honest, would say, “no, I’m not okay with that. I’m not for that.” Now the polling shows people are much more comfortable with a child marrying someone of a different race than they are marrying someone of a different political persuasion.

“I’d rather my daughter married someone who’s Hispanic than liberal”, someone might say. That is one measure. There are many measures, but that’s one measure of how politically divided we are and I just think that over time, people will self-segregate. It’s a continental country. It’s a very large piece of land and you could see where certain states just become very, very different. Like if you’re Conservative, are you really going to live in California in 10 years? Probably not.

That is probably spot-on. This is something that most of the nationalist types do not understand. Previous revolutions happened in times when people lived in violence and were comfortable with violence.

This revolution you are warning about – What needs to be done to stop it from happening?

Just the only thing you can do in a democracy which is address the legitimate concerns of the population and think more critically and be more wise in your decision making. Get a handle on technology. Technology is the driver of the change, so sweep aside the politics, the fundamental fact about people is they can’t metabolize change at this pace because as an evolutionary matter, they’re not designed to, they’re not. If you asked your average old person what’s the most upsetting thing about being old? You expect them to say, “Well, my friends are dead”. But that’s not what they say. Or “I have to go to the bathroom six times a night”. That’s not what they say. You know what they say? “Things are too different. This is not the country I grew up in. I don’t recognize this.” All people hate that. It doesn’t mean you’re a bigot, it means you’re human. Unless you want things to fall apart, become so volatile that you can’t have a working economy, you need to get a handle on the pace of change. You have to slow it down. 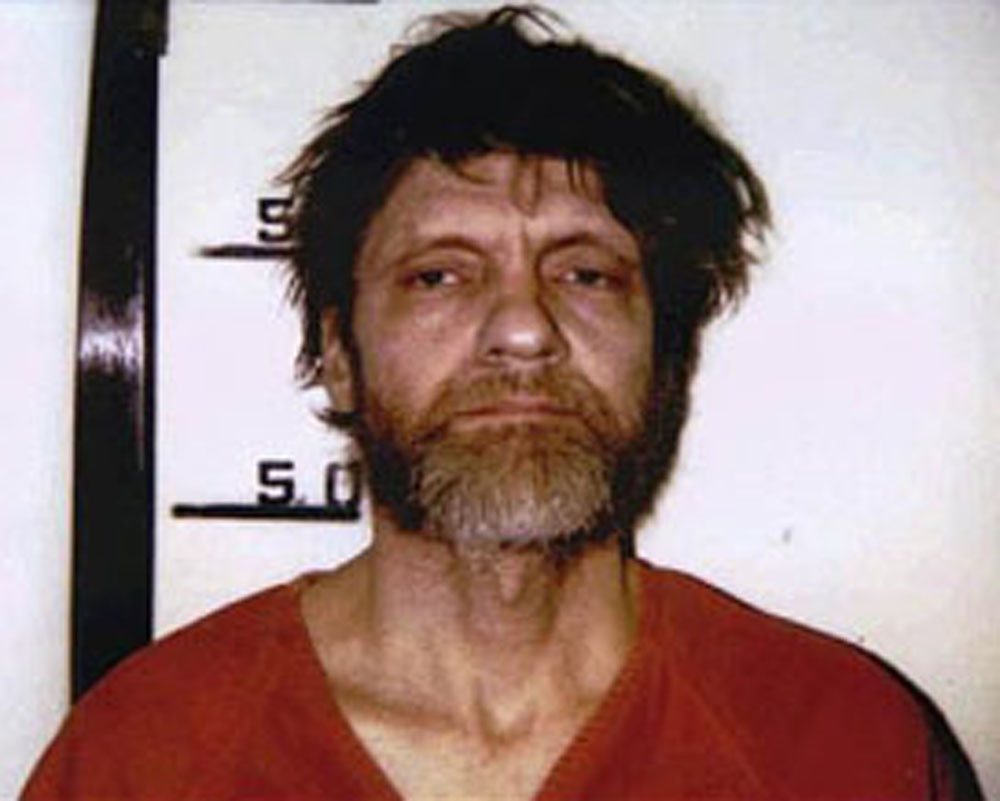 And if you’re a reading type, you may want to check out books by French sociologist Jacques Ellul, upon which Ted’s manifesto was based. Those are “The Technological Society” and “The Technological System.” These are very difficult reading materials, which most people will not be able to get through. It’s the type of thing where it takes 3-4 minutes to read a page.

But they are some of most relevant books that no one ever talks about.

I recommend starting with the Unabomber Manifesto, then trying Society, then System.

And then, there’s this.

Do you think that Europe will get in control of the migration?

The EU has been doomed since the first day because it’s inconsistent with human nature. The reason we have nation states is because people wanted them, it’s organic. A nation-state is just a larger tribe and it’s organized along lines that make sense. They evolved over thousands of years. To ignore it and destroy it because you think that you’ve got a better idea, is insane!

That is also spot on per se.

No one can predict the future, however, one thing for sure is Tucker Carlson is not going to be allowed to continue saying the things he is saying on television.