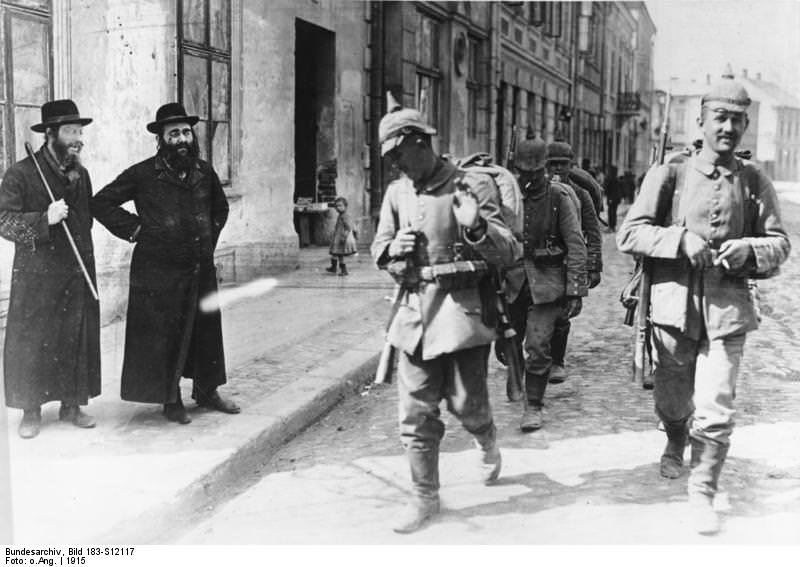 FantaToTheKnees: About 100.000 German Jews fought in the first world war. Some were volunteers, especially at the outbreak of the war. A couple thousand were even promoted to officers, and there even was a Jewish-German flying ace IIRC. It is documented that some of these soldiers believed that the Eastern front would eventually bring peace/equality to Jews living there, being mistreated by the Russians.
Of course in the big picture 100.000 soldiers isn’t a huge number. In total about 13 million Germans fought during the entire war. But it showed that they were willing to lay down their lives for their country.

In 1919 a group was made called the [Imperial Federation of Jewish Frontline Soldiers]( which wanted to help Jewish veterans after the war. After Hitler and the Nazi’s rose to power in 1933, Jewish veterans were initially protected; such as not being dismissed from government jobs etc. After Kristallnacht the Federation ceased operations and advised all its remaining members to emigrate.

During the Nazi reign records of Jews fighting in the first world war were being destroyed as to better be able to play the [Stab-in-the-back myth]( that Jews were to blame for the loss of WWI, and to downplay their role in the actual fighting and to focus more on conspiracy theories involving sabotage by Jewish spies.

Chordak: I always imagine the shock of said Jews, having been German soldiers during The First War, when they were gone after by the Nazis.

The incredible anguish they must’ve felt.

Previous Post: « “May the dreams of your past be the reality of your future” Jimmy Hendrix
Next Post: Melted and damaged mannequins after a fire at Madame Tussaud’s Wax Museum, 1925 »