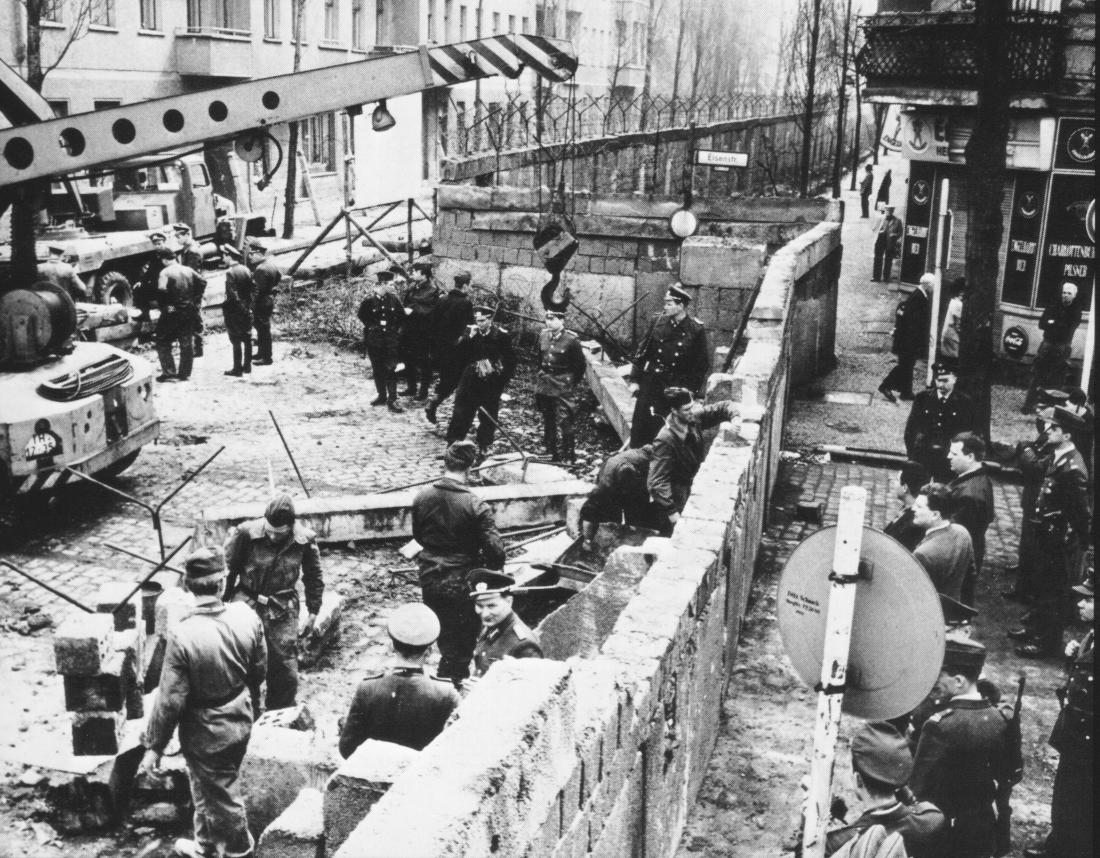 kieslowskifan: The primary concern when erecting the Wall for both the Soviets and the SED- the Communist party that ruled the GDR- was not the opinion of their own populaces. The central reason for the Wall was to prevent the brain-drain of skilled East Germans from using West Berlin as a gateway to emigrate to the FRG. Hope Harrison has persuasively argued that it was the SED that was the prime catalyst for the erection of the Wall as they held the Soviets hostage with the fear that “their” Germany would fall apart without intervention. The chief focus in 1961 for both the SED and the Soviets was the reaction of NATO military forces in West Berlin and whether or not they would intervene against the erection of the Wall. The fear was that such an intervention would place both of an awkward whether or not to escalate the situation. Public opinion, both domestic and global, was purely secondary to these immediate needs. Both the SED and the Soviets then created their own facile justifications for the Wall’s existence.

The Soviet press tended to paint the Wall as a necessary response to Western aggression and infiltration of the Soviet bloc. The report from the USSR’s [22nd Party Congress]) asserted that as the capitalist world reached the final stages of its contradictions, it would be more prone to seek a way out of them through aggressive wars. The Congress’s report stressed that the leadership of the USSR would not indulge such military adventurism. The 1979 entry for West Berlin in the *Great Soviet Encyclopedia* noted that agitators came from West Berlin during the 1953 “counterrevolutionary putsch” and that both Bonn and Washington had rebuffed all Soviet-led efforts to reunite the city. The entry goes on to claim: 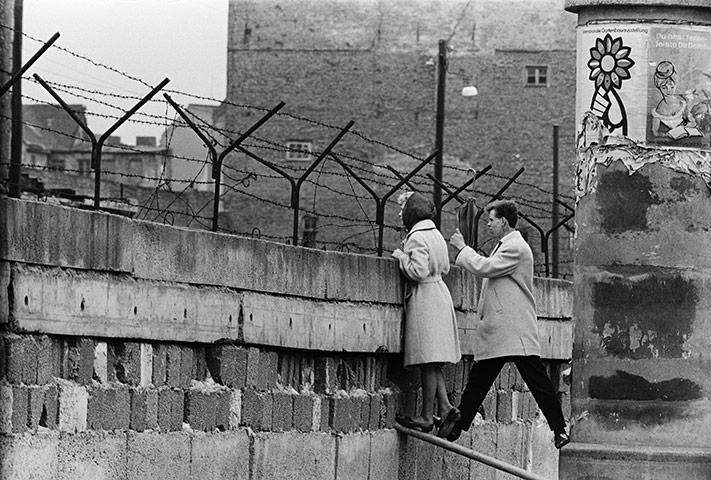 >Subsequently, the GDR adopted a series of measures directed against the abuses of transit communications between West Berlin and the FRG committed by revanchist and neo-Nazi elements whose purposes were inimical to the cause of peace.

This idea that the Wall was built for the purposes of peace and to percent Western penetration would remain one of the central tones for Eastern bloc propaganda for the Wall. SED chief Walter Ulbricht would reiterate this message in a speech given to the 22nd Party Congress of the Communist Party of the Soviet Union in October 1961. The 21 October edition of the *Berliner Zeitung* carried Ulbricht’s speech on its front page under the banner headline “Barrier Against War.” Ulbricht’s Soviet speech further noted that the Wall was an essential component of GDR security:

>In view of the aggressive measures of the revanchist circles in Bonn, the German Democratic Republic was forced to surround West Berlin with an anti-fascist protection rampart and to reliably protect the borders of the GDR. (Applause) It is said that we used tanks. But tanks are also part of our protection. (Applause) All our measures are carried out in agreement and with the support of the states of the Warsaw Pact, in particular the government of the USSR. The measures of 13 August and after have contributed to the shattering of the plans of the aggressive imperialist circles to unravel the GDR by a so-called little war.

This was in keeping with the larger GDR practice of portraying the West as constantly infiltrating the country with spies and *agents provocateurs*. GDR spy films would often feature West Berlin as serving as a pretext to destroy the socialist Germany, such as the 1963 film [*For Eyes Only – Streng geheim*](https://vimeo.com/139925798) in which Western spy agencies and NATO military chiefs were behind refugee flights to the West with the long-term aim of invading the GDR.

Despite this firm facade of post-hoc justification, the negative public symbolism of the Wall was not lost on the SED. The GDR press would tried to spin the Wall as a necessary part of GDR defense and the official name of the Wall was *Antifaschistischer Schutzwall* (Anti-Fascist Protection Rampart) or just treat it as a necessary evil given the West’s moral corruption and neo-Nazis. But to sell the idea that the Wall was a defensive fortification, let alone an anti-fascist one, was an uphill battle. And the SED lost this battle. The erection of the Wall led to a plethora of jokes in the GDR about the Wall and the pretenses of the SED that undercut the claims that it was a defensive act. Here are some choice examples that illustrate this:

>Why are the East Berliners dumber than the East Frisians? They built a wall but placed themselves on the wrong side.

>Why was it foolish to build the Wall in order to protect socialism? If it weren’t for the Wall no one would want to escape to the West.

>Why is there no smog alarm in East-Berlin when there is in West- Berlin? Our borders are tight.

As these jokes illustrate, many GDR citizens saw through the charade of “anti-fascist protection”, but many of the jokes begrudgingly accepted the reality that the Wall was seemingly there to stay and designed to keep them away from the West. 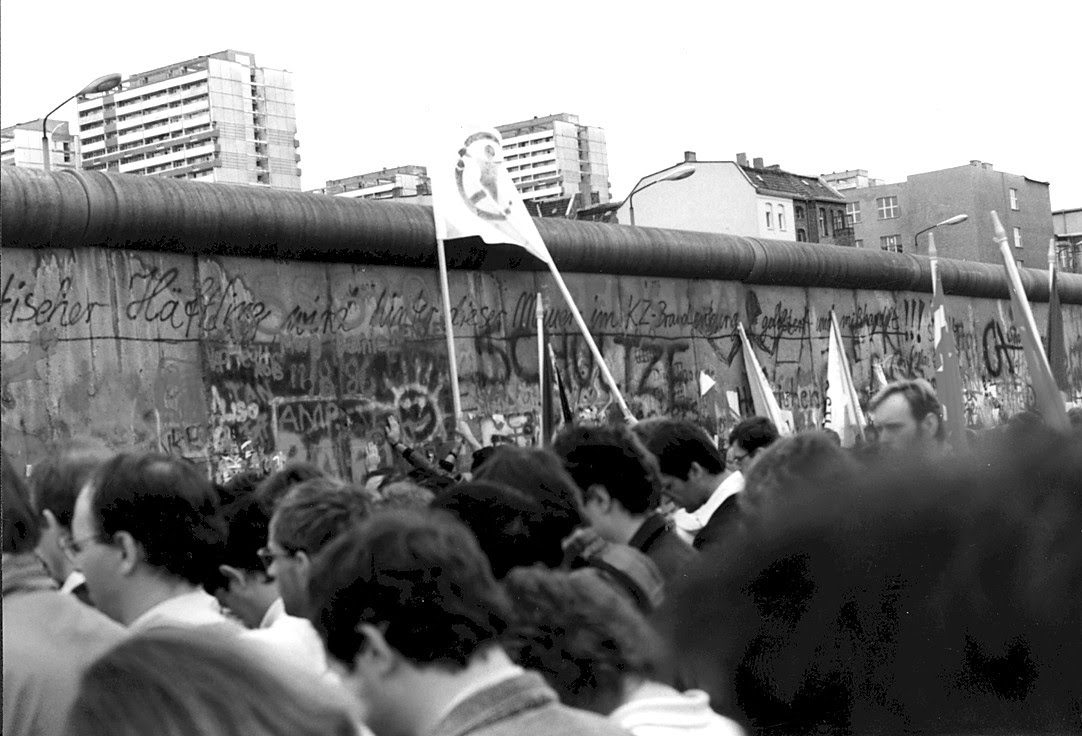 Previous Post: « “If you enjoy seeing an animal terrified or in pain, you are a c***” Ricky Gervais
Next Post: Simo Häyhä, also known as “The White Death” posing with his winter camouflage, 1940. He is reported to have killed 505 men during 1939-40 winter war against the Soviet Red army. The highest number of sniper kills in any major war. Location: Ladoga’s Karelia, Finland »