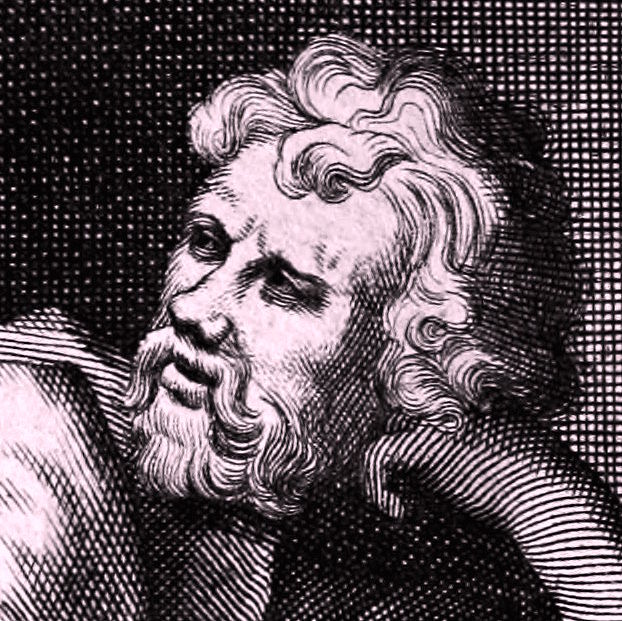 Epictetus was a Greek Stoic philosopher. He was born a slave at Hierapolis, Phrygia and lived in Rome until his banishment, when he went to Nicopolis in northwestern Greece for the rest of his life. Wikipedia

We have two ears and one mouth so that we can listen twice as much as we speak.
It’s not what happens to you, but how you react to it that matters.
Only the educated are free.

Who Is Epictetus? From Slave To World’s Most Sought After Philosopher

This is part of our 3-part series on the three most important Stoic philosophers: Marcus Aurelius, Seneca and Epictetus. Here you will find a short introduction to Epictetus, suggested readings, three exercises/lessons from him as well as a selection of quotes. You can also read our introduction to Stoicism if you are not familiar with the philosophy. 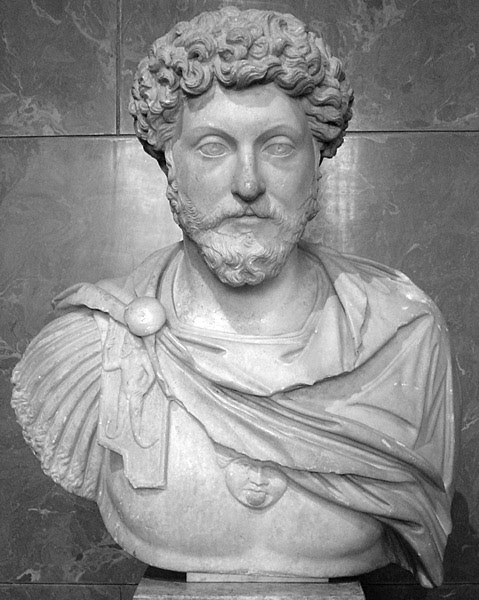 Part of what makes Stoicism fascinating to study is that three of its most well-known practitioners ranged widely in terms of where they stood in society. Think of Marcus Aurelius, the emperor of the Roman Empire holding one of the most powerful positions in the world. Think of Seneca, who was an adviser to an emperor, renowned playwright and one of the richest people in the Roman Empire. And then there is Epictetus, on the complete opposite, who was born as a slave. That’s what makes Stoicism so powerful: it can provide timeless principles to help us in both good and bad fortune, no matter our station our life.

Epictetus was born nearly 2,000 years ago in Hierapolis (present-day Pamukkale in Turkey) as a slave in a wealthy household. Epaphroditus, his owner, gave him the permission to pursue liberal studies and it is how Epictetus discovered philosophy through the Stoic Musonius Rufus who became his teacher and mentor. Later, Epictetus obtained his freedom shortly after emperor Nero’s death and started teaching philosophy in Rome for nearly 25 years. This lasted until emperor Domitian famously banished all philosophers in Rome. Epictetus fled to Nicopolis in Greece where he founded a philosophy school and taught there until his death.

After his death, Lucian tells us that someone bought Epictetus’s earthenware lamp for 3,000 drachmas (surprisingly enough, that same lamp also mentioned later by James Joyce). But what is so special about the lamp? As Epictetus put it and providing an important Stoic lesson: “I keep an iron lamp by the side of my household gods, and, on hearing a noise at the window, I ran down. I found that the lamp had been stolen. I reflected that the man who stole it was moved by no unreasonable motive. What then? Tomorrow, I say, you will find one of earthenware. Indeed, a man loses only that which he already has.”

Epictetus’ strong and wide-ranging influence can be seen in multiple instances. Marcus Aurelius, in Meditations, thanks his teacher Junius Rusticus for introducing him to Epictetus. There is a slight probability that Rusticus actually attended Epictetus’ lectures and passed his own notes to Marcus. Yet the most likely thing is that Marcus read the widely circulated notes by Epictetus’s student Arria, which we will discuss below.

James Stockdale, who was a prisoner of war in Vietnam for over 7 years credits Epictetus for providing him with a framework on how to endure the tortures he was subjected to. As Stockdale would be confined in leg irons, he certainly remembered that Epictetus had a disabled leg, which was probably broken by his master although there is no certainty around this. However, Epictetus would say in regards to this, “Sickness is a hindrance to the body, but not to your ability to choose, unless that is your choice. Lameness is a hindrance to the leg, but not to your ability to choose. Say this to yourself with regard to everything that happens, then you will see such obstacles as hindrances to something else, but not to yourself.”

What is fascinating is that this influence came by pure luck. Epictetus never actually wrote anything down. It is through his student Arrian that we have a written account of his lessons. And if everyone from Emperors to war heros have been grateful as they found guidance, solace and strength in Epictetus’ lessons, then there must be something for us. But only if we choose to.

A great starting point for Epictetus would be his Enchiridion, which translates as a ‘small manual or a handbook’ and it is exactly that. It is the perfect introduction to Epictetus as it is packed with short Stoic maxims and principles. Unlike both Seneca and Marcus, Epictetus is somewhat more difficult to read and we recommend beginning with those two if you haven’t yet read them. The next step would be Epictetus’ Discourses, which are much longer and deserve a bigger commitment.

For other readings, as mentioned above we recommend reading the short autobiography Courage Under Fire by James Stockdale as well as A Man in Full by Tom Wolfe.

1. Remember What’s In Your Control

The Enchiridion begins with one of the most important maxims in Stoic philosophy. The importance of distinguishing things that are under our control and things that are not. (Think of it as the Stoic Serenity Prayer.) It is a reminder not to get angry and upset by things which we cannot influence such as other people and external events and to only focus on ourselves, our own behavior. This makes things a bit easier, doesn’t it? A humbling reminder of how much happens that we can’t influence and learning to let go and accept things as they are. Yet at the same time, a powerful reminder that our actions and choices are fully in our own control. As Epictetus said,

The best leaders rarely talk how things ought to be done, their actions speak for themselves. Think of someone you admired and how many of the lessons came indirectly from the choices that they’ve made and the example they have set. Similarly, we need to be focused on how we are actually living and what choices we are making. That’s where our time and energy will be best spent. As Epictetus put it,

“Never call yourself a philosopher, nor talk a great deal among the unlearned about theorems, but act conformably to them. Thus, at an entertainment, don’t talk how persons ought to eat, but eat as you ought.”
3. Prescribe Yourself a Character

Epictetus understood how much we act out of habit and how we tend to think that our ways of doing things are set in stone. He admonished his students to set some principles and standards they need to follow and not deviate as much as possible. This is certainly not easy by any stretch but with small steps, each day reminding us what direction we’d like to go to, we can get closer to the character we wish to have. As he put it,

“Immediately prescribe some character and form of conduce to yourself, which you may keep both alone and in company.”

“No thing great is created suddenly, any more than a bunch of grapes or a fig. If you tell me that you desire a fig, I answer you that there must be time. Let it first blossom, then bear fruit, then ripen.”

“Let death and exile, and all other things which appear terrible, be daily before your eyes, but death chiefly; and you will never entertain any abject thought, nor too eagerly covet anything.”

“Demand not that events should happen as you wish; but wish them to happen as they do happen, and your life will be serene.”

“I cannot escape death; but cannot I escape the dread of it? Must I die trembling and lamenting?”

“To make the best of what is in our power, and take the rest as it occurs.”

Previous Post: « “The greatest weapon against stress is our ability to choose one thought over another.” William James
Next Post: Georgia high school students win $3 million settlement against sheriff after deputies “touched and manipulated students’ breasts and genitals” and “inserted fingers inside girls’ bras.” »