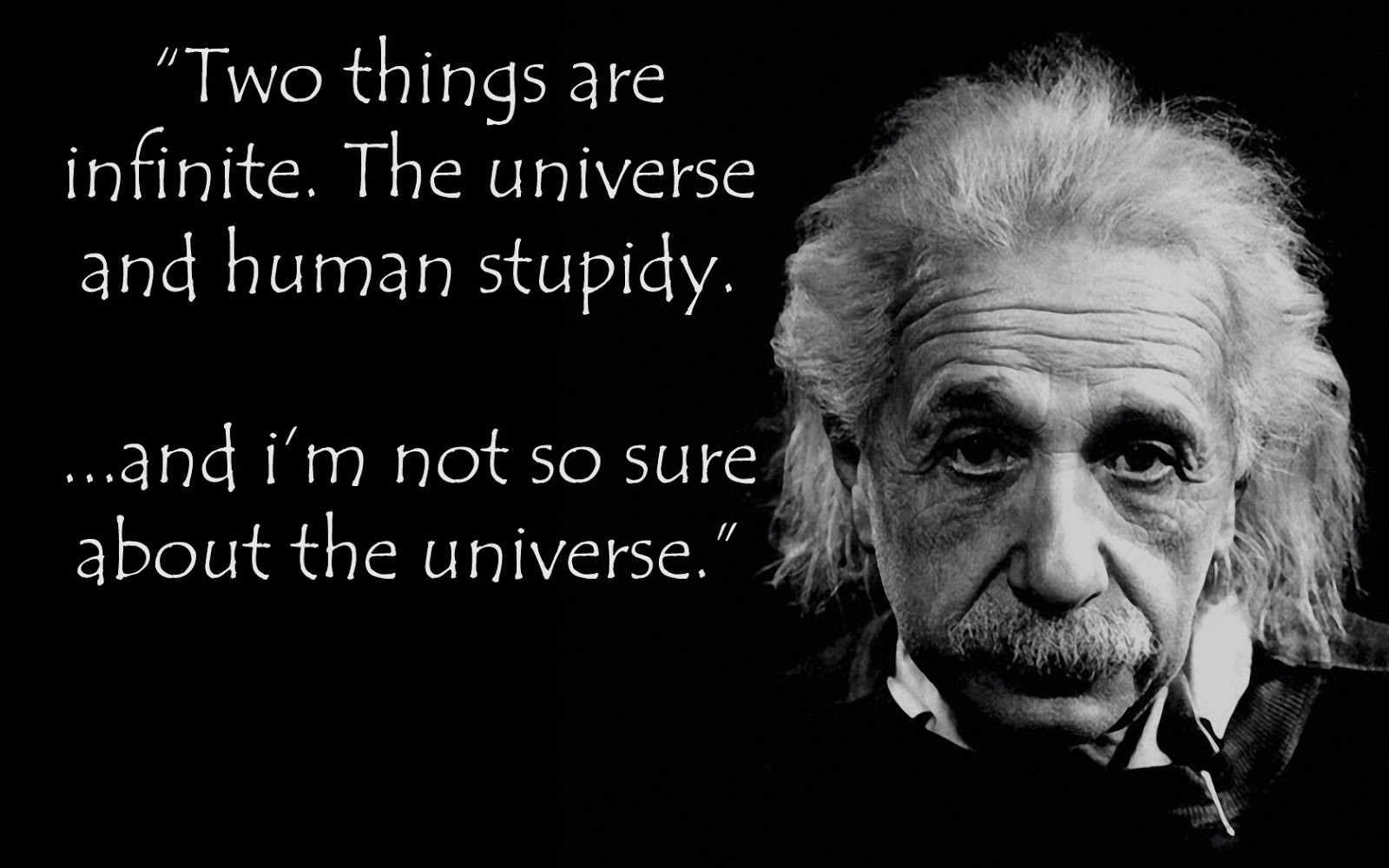 Quotes
Insanity: doing the same thing over and over again and expecting different results.
Imagination is more important than knowledge.
The important thing is not to stop questioning. Curiosity has its own reason for existing.