Well, certainly not Syria, Iran and the poor Palestinians.

The Zionist Rationale On Their God Given Right On Mass Murder 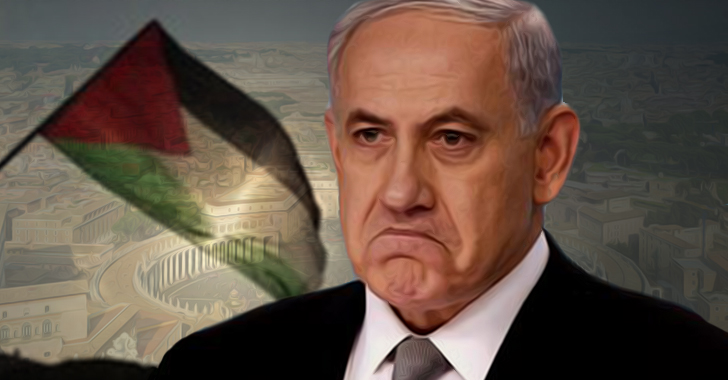 Israel: Syria Has No Right To Defend Itself 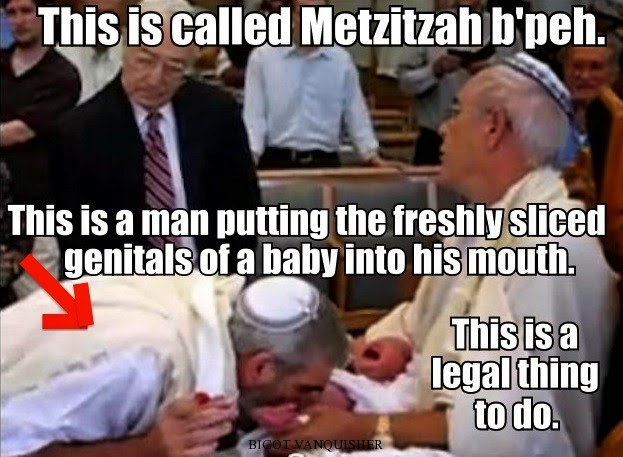 As if this not absurd enough, apparently when it comes to WMDs (Weapon of Mass Destructions), it’s not known why only Israel has the right to steal, stockpile any amount of nukes, but no one else can do that. Not their neighbours Syria and Iran for sure.

For similar Zionist rationale, Israel also has every right to go into any other sovereign states to conduct any crimes including stealing, bombing, assassination etc. Of course, the same right is absent for others. For example,

An Israeli airplane in Syria has dropped the first nuclear bomb deployed in armed conflict since the US dropped atomic bombs on Hiroshima and Nagasaki in 1945, according to local reports.

The nuclear blast targeted an ammunitions depot in Hama, Syria and was so powerful it caused a 2.6 magnitude earthquake recorded close to Taqsees, Hama, Syria at 10:40 pm local time Sunday, at the same time Syrian TV reported several explosions in the same area.

Syria has announced that military bases in the provinces of Hama & Aleppo were hit by missiles on Sunday.

Pro-government sources said that three positions that targeted and all three are known to be bases of the Iranian Islamic Revolutionary Guard Corps (IRGC) and other Iranian-backed groups.

Another video of the huge explosion at 46 Brigade arms depot in #Hama, rumours of Israeli Strikes, could be sabotage as well. pic.twitter.com/ZnmYUTq4W7

Despite worldwide condemnation, Israel continues to massacre unarmed Palestinian civilians as their soldiers have been told it’s totally moral to murder goyim (non-Jews) as they’re mere insects and animals, according to the Holy Books authored by the “snake oil salesmen” called the Talmud. 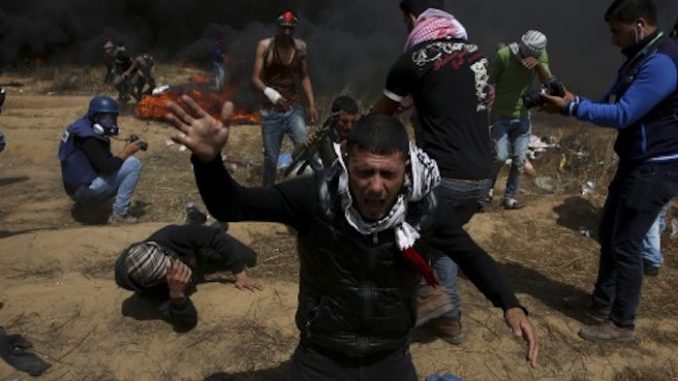 Also assassination anywhere and of any nature such as this one,

Israel has declared that Syria has no legal right to defend itself against Israeli or U.S. military attacks.

Two Mossad agents have been charged with plotting a terrorist attack during the Hajj pilgrimage, which could have killed tens of thousands of people.

According to a charge sheet, the two Israeli’s had travelled to Saudi Arabia, which is home to Islam’s holiest site.

Oh we forgot about the WMDs. Yes, Israel says Iran must be wiped out from the map because they say Iran has been making nukes quietly. Luckily for Iran, Israel’s BS Technology is actually very primitive, it doesn’t take much effort to bust …

Stepping up pressure on the US to pull out of the 2015 nuclear deal with Iran, Netanyahu presented what he called evidence of a secret Iranian nuclear weapons program

Anyway, Israel insists they have every right not to answer the world about their stockpile of illegal nukes. And at the same time, they still have every right to attack Iran whenever they want and for no reason at all. When asked who gives them right to conduct such absurdities? Apparently it’s the same “snake oil salesmen God”.

Israel has declared that Syria has no legal right to defend itself against Israeli or U.S. military attacks.

Israeli Defense Minister Avigdor Liberman said he is concerned at Syria’s ability to defend itself against incoming attacks, and has urged the international community to intervene.

“Moscow will supply the Syrian government with the advanced S-300 missile system, the Russian Kommersant newspaper reported on Monday, according to Hadashot news,” Jerusalem Online reported on April 23. “Citing two Russian military sources, the newspaper said that the system, which will be provided to Syrian President Bashar al-Assad for free, will arrive in Syria very soon.”

The Russians warned the Israelis will suffer “catastrophic consequences” if they attack the defense system.

This elicited Liberman’s response. “If the systems target our planes, we will certainly respond,” he told Kommersant.

“We have normal relations with Russia and we are taking into account its interests. We hope that Russia will consider our interests here, in the Middle East,” he added.

Israel’s primary interest in the Middle East is overthrowing the Assad government, getting rid of Hezbollah in Lebanon, continuing its ethnic cleansing of the Palestinians, and attacking imaginary nuclear weapons facilities in Iran while maintaining its own unacknowledged nuclear weapons stockpile.

Published in 1991, the book documents how Israel lied about developing nuclear weapons, stole reconnaissance intelligence from secret US satellites and used that data to target the Soviet Union, tricked US nuclear inspectors, and threatened Henry Kissinger and Richard Nixon with the use of nuclear weapons on the third day of the 1973 Yom Kippur War, successfully blackmailing the White House to airlift much needed supplies.

It will be interesting to see how successful Israel will be against the S-300 missile system. It will need stealth aircraft like F-22 Raptor to defeat this highly competent missile system. A second option would be using electronic attacks from a platform like the EA-18G Growler. Both are American systems.

If both Syria and Iran are protected by S-300 and eventually the S-400 system, will Israel play the Samson card?

As crazy as things are now, it certainly isn’t out of the question. 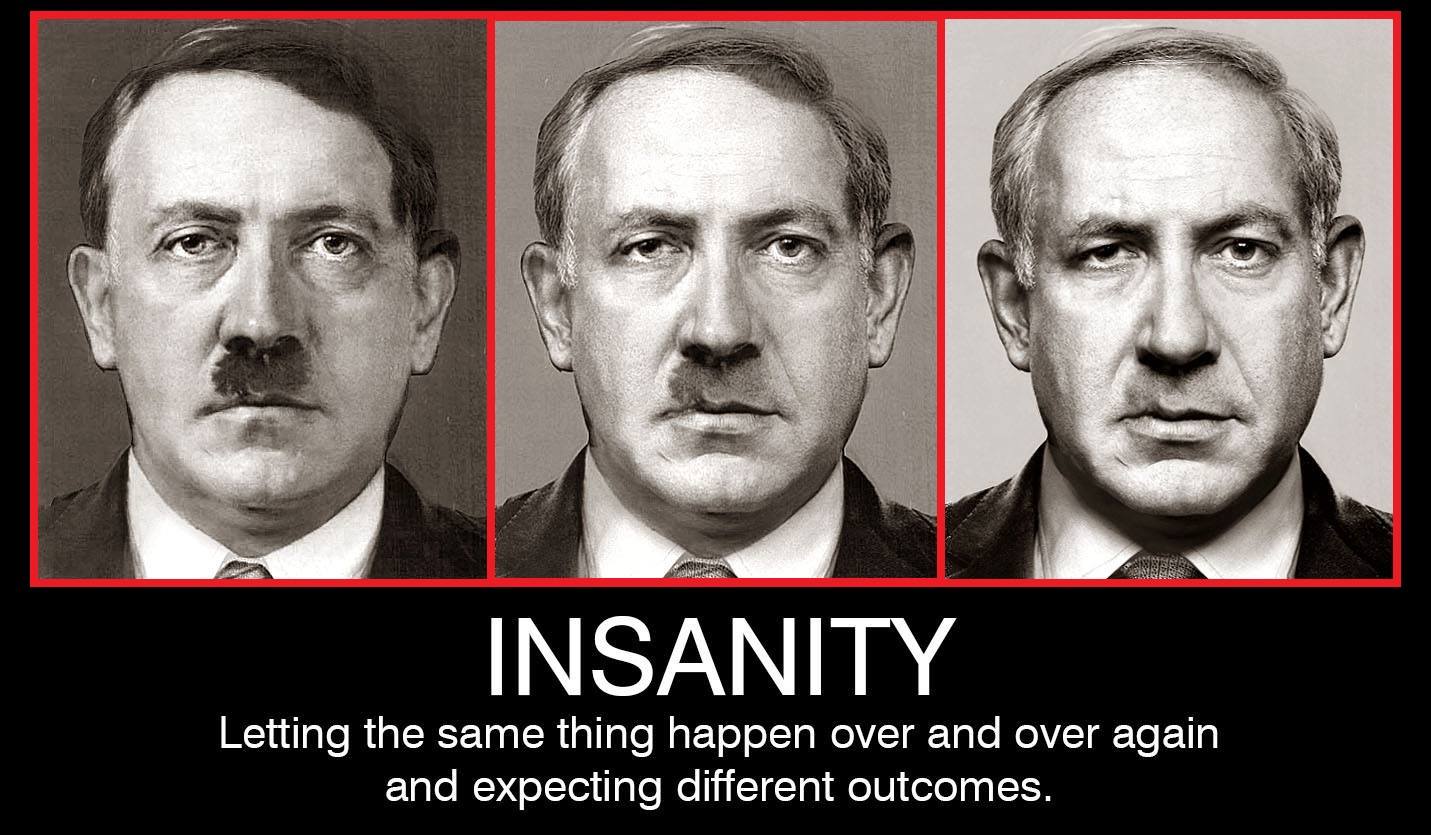