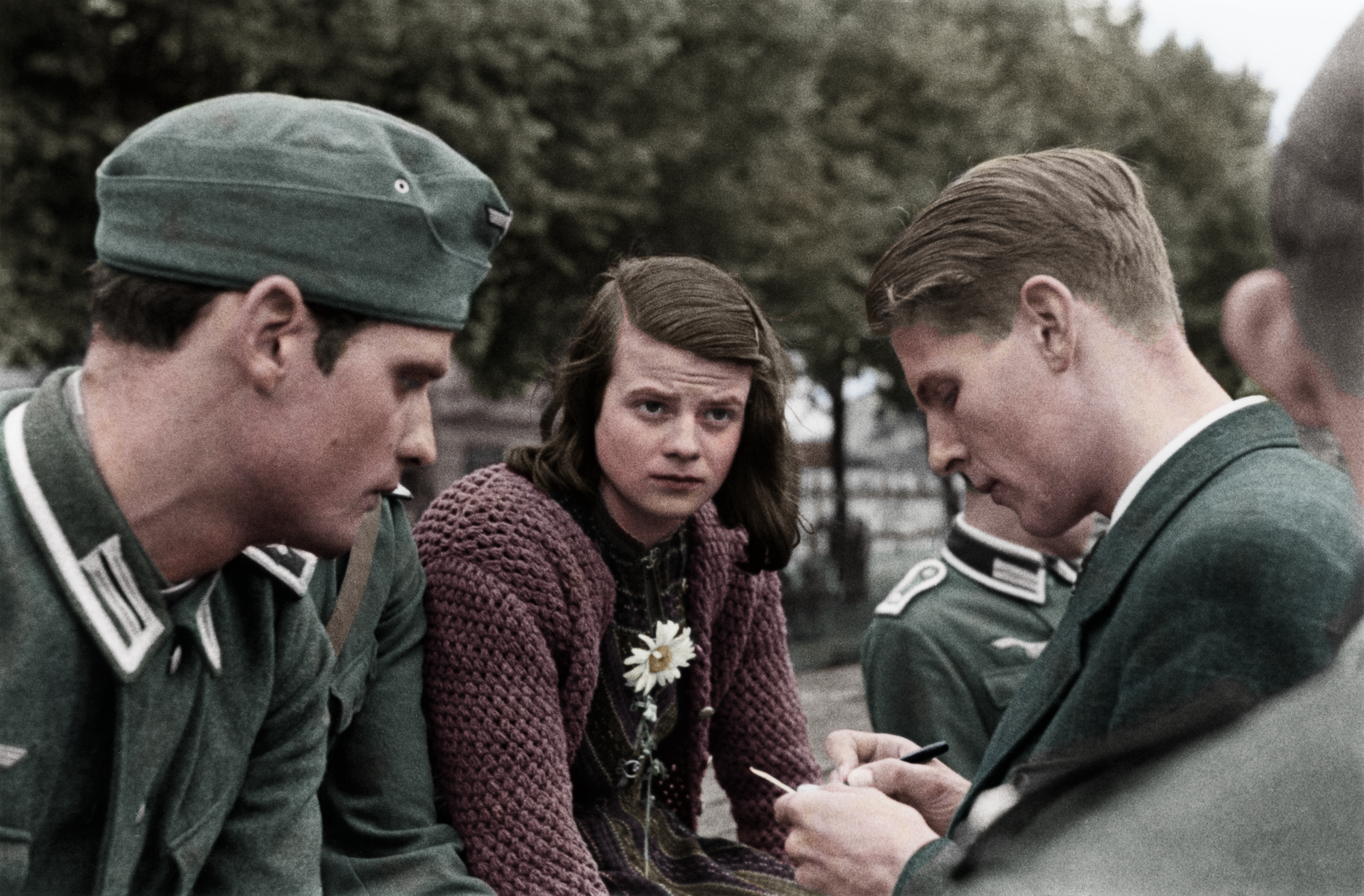 **Some background**: The White Rose was the unofficial name of a non-violent resistance movement against the Nazi regime and the overall war effort consisting mostly of young students. Depicted here are siblings Hans and Sophie Scholl and Christoph Probst, all 3 of whom would be executed in February 1943 at only 24, 22 and 23 years old respectively (Scholl and Probst being students of medicine they were required to join a medical corps during the war, hence the uniform).
The group’s actions consisted mainly of the writing and distributing of leaflets in which they called for the German people to acknowledge the cruelty of their regime, the mass murder of the Jewish people as well as the fact that the war was all but lost. Most of them hailing from a Catholic background, they beseeched people to reclaim their lost sense of morality and to resolve to civil disobedience in whatever way they could. Following their capture and execution, British bombers dropped copies of their last leaflet over German cities.
Further reading: http://spartacus-educational.com/GERwhiterose.htm

Previous Post: « “Somewhere, something incredible is waiting to be known.” Carl Sagan
Next Post: When scammers get their call center flooded with bot phone calls. »