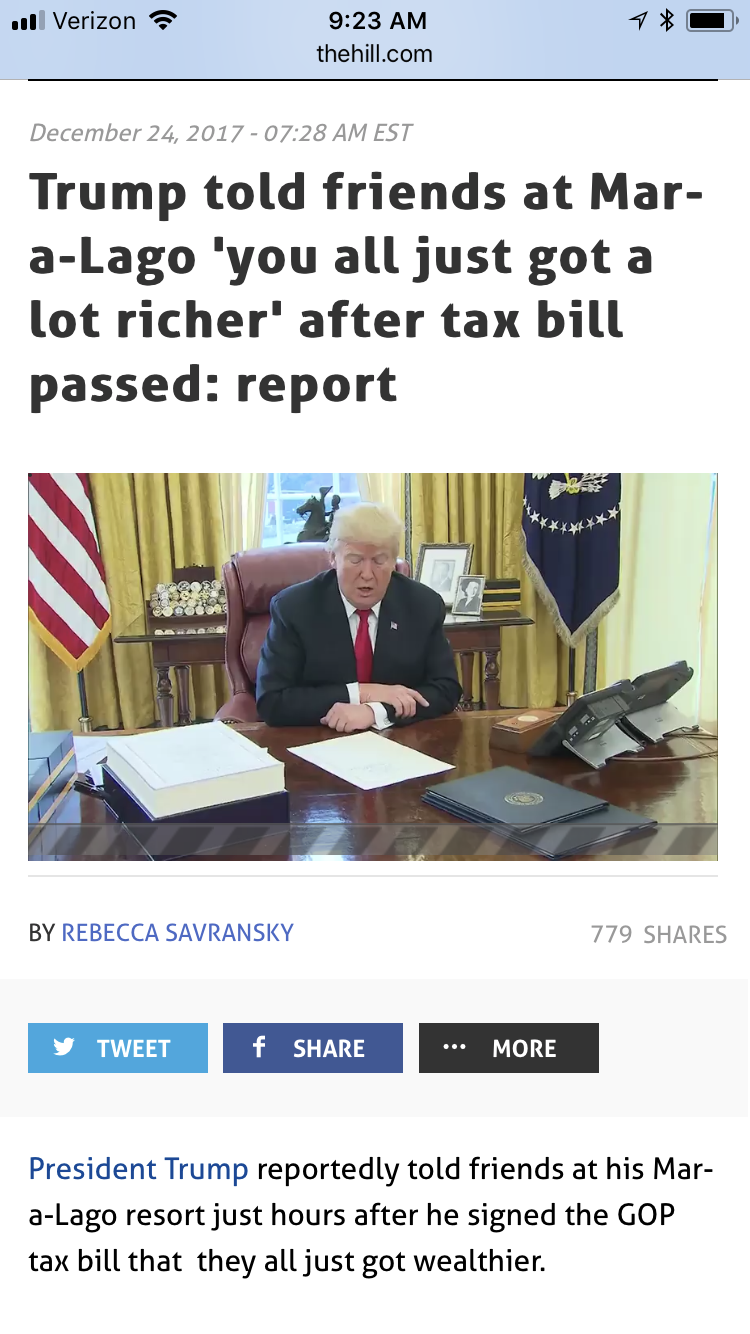 azsqueeze: I’ve been told this is a good thing. Somehow it’s good for everyone for the rich to get richer and the poor to get poorer. Those defending this must love the globalist overloads f–king you while you ask for more.

coffeebreak1978: The cut for average people is crumbs compared to the cut for people who do not need it. The 8 year bull run has helped the wealthy , but left the working class behind. No one is climbing the socioeconomic ladder on an extra $40 a week. This bill widens economic inequality.

Those of us paying attention, realize that their tax bills will go up after the first few years. Other small details like the skinny repeal are going to wipe away any temporary benefits we may receive. This bill is a scam, sold on a lie that it’s to help us.

You all just got a lot richer and,

Grab them by the pussy 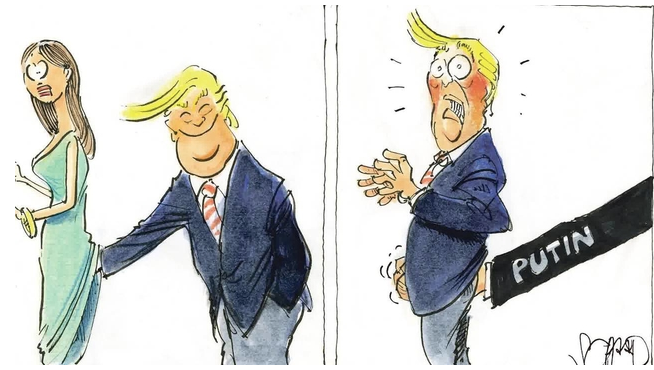 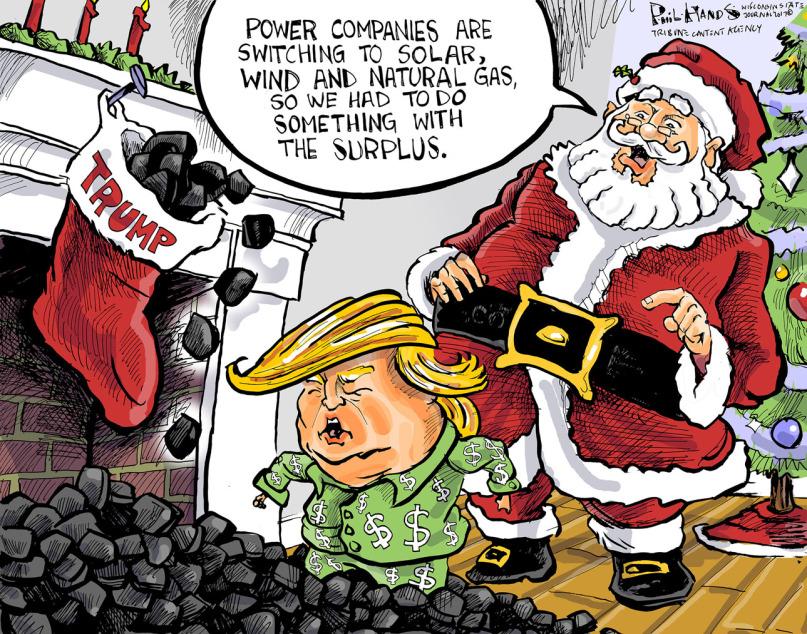 _-dO_Ob-_: It’s not like he has been saying that this whole time about everyone and this tax bill.

He has said this over and over about EVERYONE.

getnit01: This is absolutely pathetic and a horrible article, the entire article is based on one sentence, this one right here

“**reportedly** told wealthy friends dining at Mar-a-Lago “you all just got a lot richer.“”

Come on people, this is lazy journalism and at best just trying to cash in on your ignorance. Don’t give this article views, this is  embarrassing.

Allinon72: What’s untrue about that? Everyone got richer proportional to their wealth and tax liability.

trumplike: FAKE NEWS. The paid Shareblue shills will upvote this, but we all know that these tax cuts are for the middle class, not the rich, despite what those FAKE non-partisan studies have found.

Trump is just being Trump — making his guests at Mar-a-Lago feel important. His true loyalty obviously is with the middle-class voters that put him into office. He has our back and we Republicans will win landslide victories in 2018 thanks to the couple hundred dollars some middle class people will see.

All over the country, families will be buying new kitchens, purchasing new cars, investing in the stock-market, and paying off college loans. All while giving thanks to the man who finally made it happen, President Trump.

warmwxrules: I laugh when people say our children/grandchildren will pay this off. How? Federal debt, state debt, mortgage debts, credit card debts, school debts, future SS/medicare and pension obligations. Never happening. The whole system will need to start over at zero. Not sure what the reset looks like.

Remember when politics attracted the brightest and most intelligent? 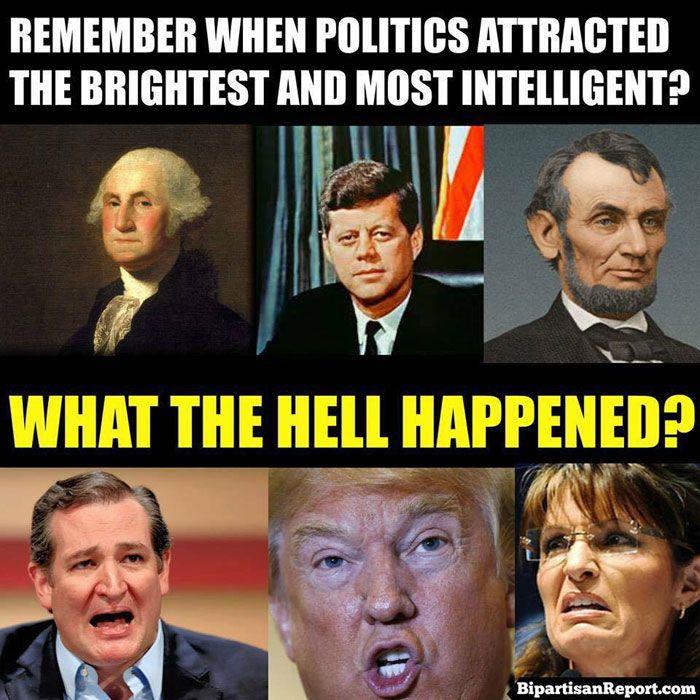 We have the brightest people! 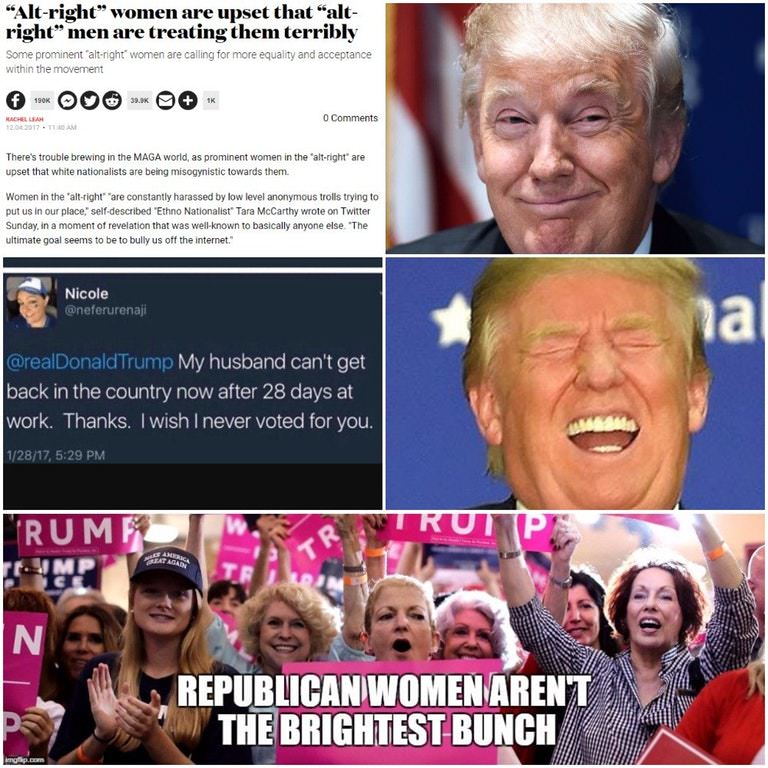 brandnewaltyay: with headlines this editorialized…who even needs a proper article? Throwing out a single sentence and then smugly crossing your arms while you wait for the audience to praise your concise (lazy) abstract is not advisable. I saw this same exact post loftily perched atop a certain compromised DC centric sub. Thats what this crap is worth; a fraudulently derived number which is valuable to no one. Would you have preferred that he said “i just stole all your money” or would you prefer “i changed my mind, socialism is awesome”. Number one this is not some awful thing to say. Number B, why does a single sentence that is not at all surprising get chosen to be upvoted to 15 minutes of infamy?

timstolt1: He would have said the same thing had they been poor guests.

Life through the Trump goggles 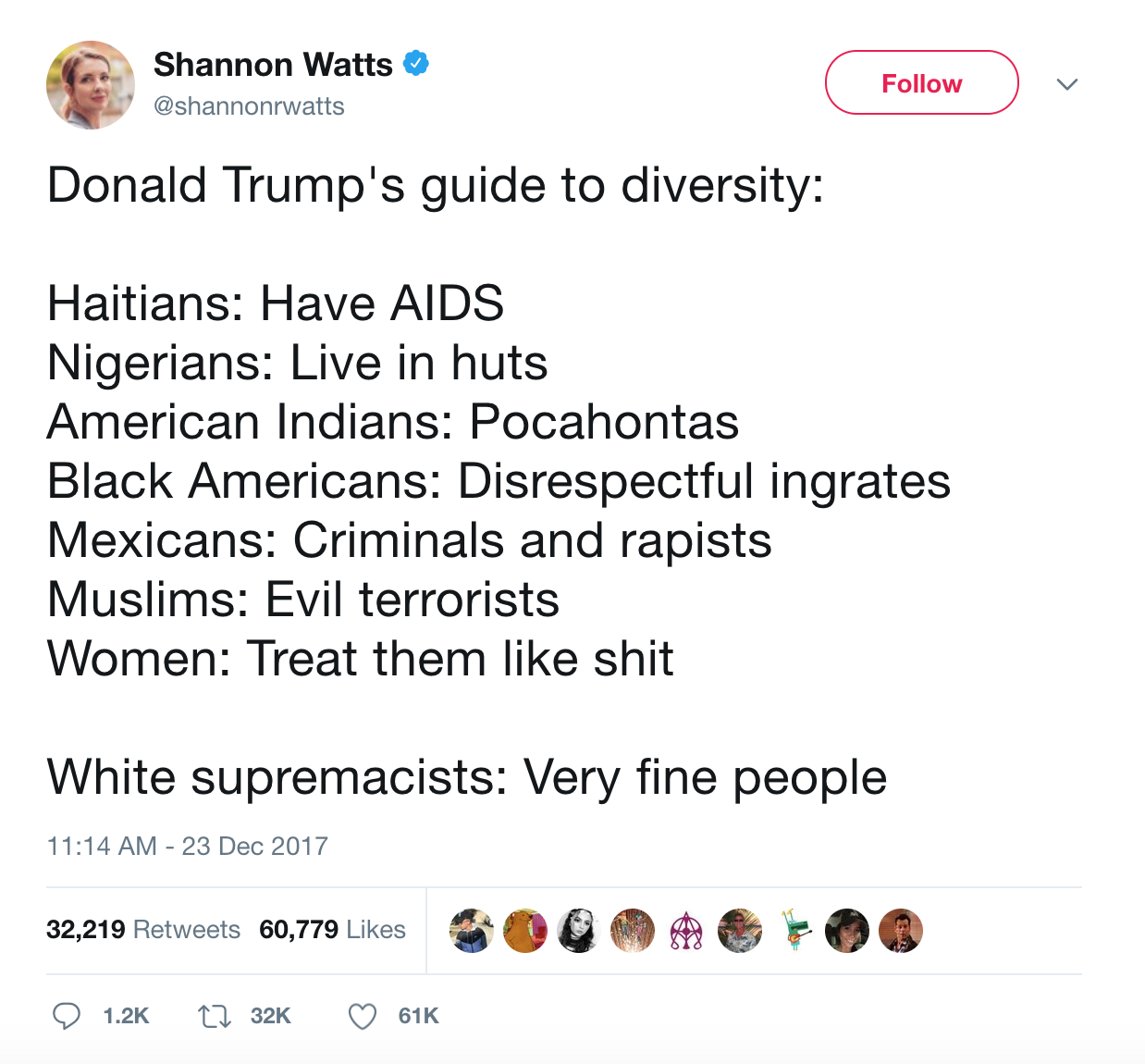 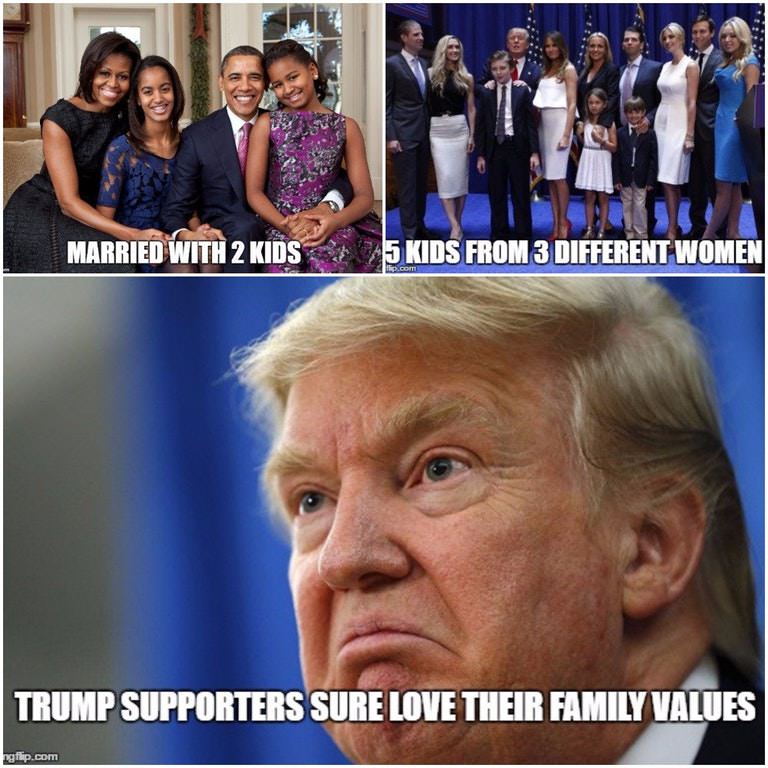 A bit of horseplay forced the hand of a Los Angeles bomb squad Saturday night after a suspicious Christmas gift-wrapped package was found on the doorstep of the Bel-Air home of Steve Mnuchin.

The package was filled with horse manure, the Los Angeles Police Department confirmed. It was found by a neighbor on the U.S. Treasury Secretary’s driveway at around 5.30 p.m.

Investigators cleared the package of any dangerous content by 8 p.m. The Secret Service was also involved in examining the horse excrement, because of Mnuchin’s role as a cabinet member for President Donald Trump.

“You do bad thing, you ain’t sleep in peace.”
– Rabbi Ariel Yahu

Which can you live without? 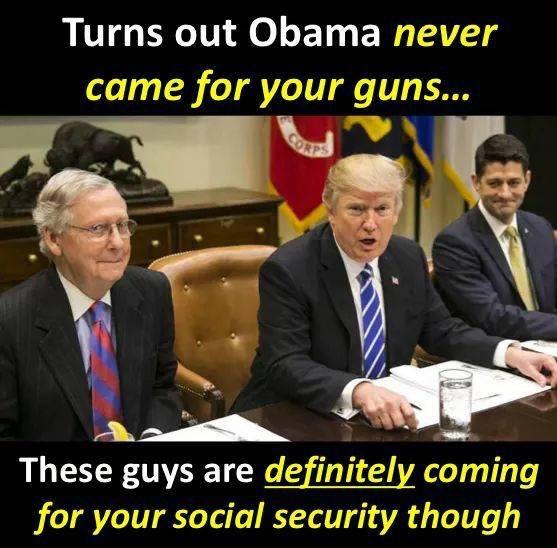 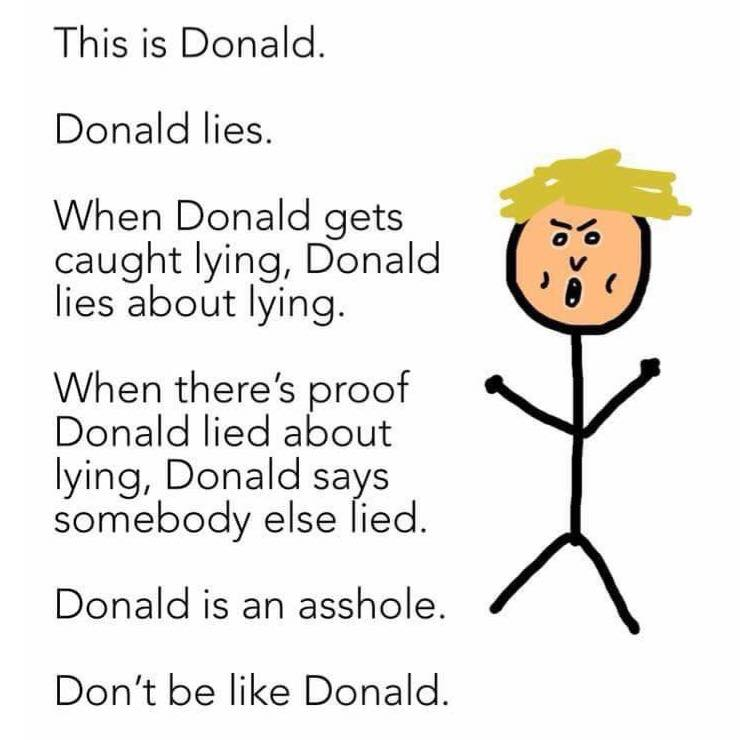 Look at my supporter over here 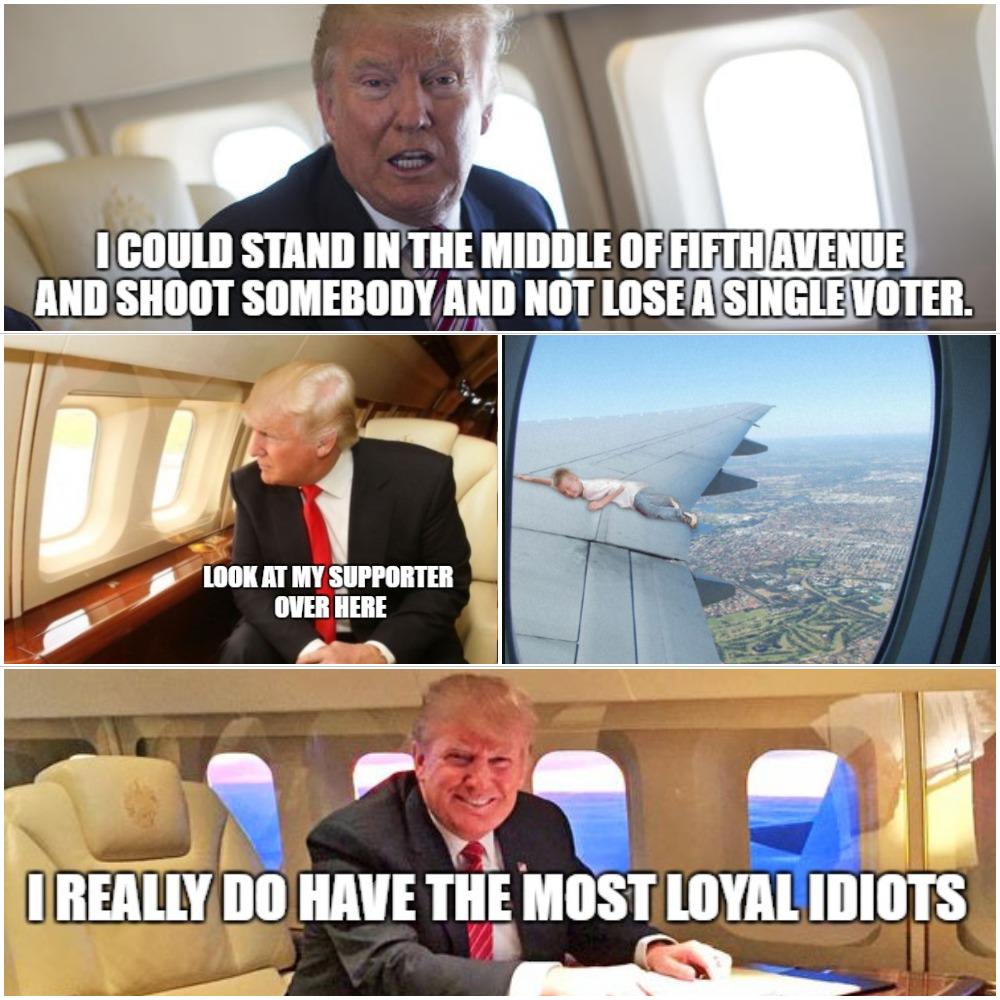 Donald Trump has added the populations of Germany and Austria to his controversial travel ban after hearing reports that terrorists have taken hostages at the Nakatomi Tower in Los Angeles, again.

A spokesman for the Trump “administration” told The Rochdale Herald that the US needed to close the borders to German citizens until the US has “figured out what the hell is going”.

The decision was taken after Trump overheard TV reports that members of the East German Volksfrei Movement had seized approximately one hundred hostages while they were enjoying their Christmas Party.

“I was a good student. I comprehend things,” he said. “I understand very well. Better than, I think, almost anybody. And I want to tell you. I listened to a bunch of stuff last night on television that was disgraceful.”

The US Supreme Court is said to be considering overturning the Executive Order because “Donald Trump is a idiot.”

Supreme Court Justice Ruth Bader Ginsburg said: “He’s done what? Are you sure? Surely even Donald Trump isn’t this dumb?”

“Are you sure he isn’t just watching a late eighties action movie again? We had a whole rigmarole a few weeks ago when he watched Men in Black and drafted that resolution to deport ‘illegal aliens’.”

Meanwhile, on the other side of the Atlantic … Previous Post: « The elites all have access to clean, non fluoridated water, have their own personal organic farms and personal chefs, have access to the absolute best doctors and medical care, and they know the secrets of good health. This is why they all seem to live well into their 80’s and 90’s.
Next Post: “Have faith that there is more than you know.” Hugh Nibley »