President Trump has ordered Guantanamo Bay to prepare for incoming ‘high level’ prisoners, including American politicians, within the next few months.

Donald Trump’s swamp draining is about to begin in earnest, with political crooks around the country concealing ankle monitors, house fires attempting to destroy evidence at an array of high-profile people’s houses, and Guantanamo Bay being prepared for the influx of American high-profile prisoners.

There is plenty of evidence out there for those who know what to look for. Feast your eyes on these fine examples:

As reported by Fox in Phoenix, President Trump just sent the Arizona Army National Guard to watch over prisoners at Guantanamo Bay, Cuba. Why? There are currently only 41 prisoners there. Obviously, there will soon be many more prisoners in Gitmo and since the National Guard was sent in, these will most likely be high-profile prisoners.

The National Guard has been sent there for the next nine months, so we can expect this influx of high-profile prisoners to take place during this time period.

Do not forget that newly-elected Trump fought hard to keep Guantanamo Bay open. As the Miami Herald report, fresh from his promise to drain the swamp and lock up Hillary Clinton, Trump hinted at a future role for Gitmo. Did he have it all planned back then?

After Trump’s whirlwind start to 2018, and the curious events being quietly reported on the fringe of the news, it is beginning to look that way.

Also recently, we had the Trump executive order that allowed for the freezing of assets of those involved in human rights violations and corruption. This order allows for what just took place with the royal family in Saudi Arabia. The question is why now? Why do you need to freeze assets now?

Interestingly, the executive order has a list of about 10 people subject to this order. These people are foreign individuals but all are tied to the Clintons in some way. It is becoming clear that the listing of foreign individuals is a smoke screen for what is happening behind the scenes.

NPR also let some very interesting information out of the bag recently. As they report, attorneys will now be allowed to visit their clients at Guantanamo Bay. This has never been allowed. A military judge recently ordered the change of rules. Why? We are talking about a prison that has tortured its inmates, set dogs on them, taken naked pictures of them, etc. Why are they now suddenly concerned with human rights? I suspect the kind of prisoners held there will soon be changing… There will be American prisoners of the high-profile variety, who sections of the public will demand have more rights than your average Gitmo detainee.

And we have this gem. Just before the turn of the new year, Trump declared January 2018 The National Anti Slavery and Human Trafficking Month. Huh? When I read this I couldn’t believe it. To the vast majority of people, slavery ended in the 1860s and human trafficking isn’t something that takes place in the U.S. Dedicating the first month of 2018 to abolishing modern slavery and human trafficking is a clear attempt by Trump to get people to wake up, educate themselves, and not be shocked by what is about to go down.

Lastly, there are currently almost 10,000 sealed indictments in federal courts throughout the US. This number is extremely high. This has already been heavily discussed and indicates one thing and one thing only: mass arrests will soon take place.

A huge bust of many high profile people involved in human rights abuses is about to take place – most likely this month and definitely in the next 9 months. These high profile people are going to be sent to Guantanamo Bay and face military tribunals. Smaller players will be dealt with in the federal court system.

The work has been going on behind the scenes during most of 2017. No amount of “destroying evidence” in house fires, BleachBit-destroyed hardware, or dead people, including attorneys, will save them from facing justice this time.

According to a Military of Defense report a while ago, Trump is preparing to transfer an unknown number of ‘VIP’ American detainees to the notorious prison in preparation for their trials before a US Military Tribunal. 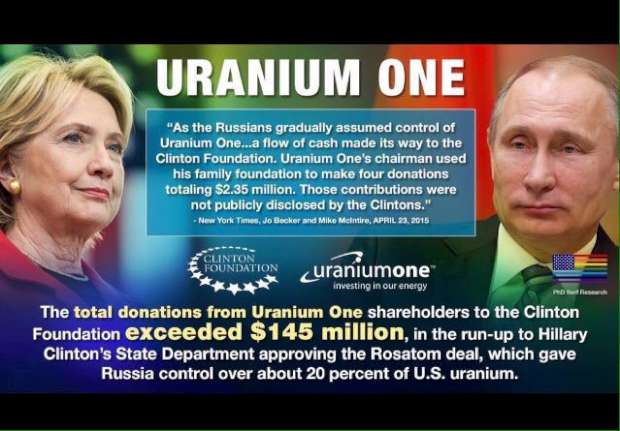 Reports suggest that people connected to the Uranium One scandal are being placed in custody in preparation for the trials.

Hundreds of US Army Military Police have also been deployed to Cuba to help oversee the process.

According to the DoD report,  while conducting routine training missions in Cuba, intercepted an unusually large number of encrypted communications emanating between the Guantanamo Bay Naval Base (Cuba) and Luke Air Force Base (Arizona)—immediately after which they made a request to SVR counterintelligence analysts for an explanation of—with the SVR, in turn, then reporting to SCT that these communications were being conducted between the Guantanamo Military Commission (that holds US Military Tribunals) and US Attorney Generals Jeff Sessions.

On 11 April 2017, also, this report says, the SVR reported to SCT that Attorney General Sessions was at Luke Air Force Base to “hold/conduct” meetings with various commanders of the Arizona Army National Guard (AZ ARNG)—with the longest of them being with the commanders of the 850th Military Police Battalion—that numbers nearly 800 highly trained and specialized US Army Military Police forces.

Since its beginning on 11 April 2017, this report continues, SCT intercepts of communications between Guantanamo Bay Naval Base and Luke Air Force Base continued on an unprecedented basis—with the largest amount of such communications being reported on 7 July 2017—and was the date Attorney General Sessions and Deputy Attorney General Rod Rosenstein made an unannounced visit to the Guantanamo Bay Naval Base—and whose meetings there on that date included the commanders of the 850th Military Police Battalion who had been flown there the day prior.

The specific type of communication intercepts noted by SCT occurring between Guantanamo Bay Naval Base and Luke Air Force Base, this report details, were encrypted video satellite broadcasts transmitted at the North American standard rate of 59.94 frames per second—and whose near predictable times of transmission suggested (to SVR analysts) that these video broadcasts were being used for classroom instruction.

On 21 December 2017, this report further notes, SCT reported that nearly all of these communications between Guantanamo Bay Naval Base and Luke Air Force Base had ceased—with the SVR reporting that this cessation occurred when US Defense Secretary James “Mad Dog” Mattis made an unprecedented-unannounced visit to Guantanamo—the first visit there by a US Defence Secretary in nearly 16 years—and that in doing, Secretary Mattis shockingly broke with the longstanding tradition of persons holding his high office visiting American troops on the front lines—but that he deemed his sudden visit to Guantanamo was vitally more important than.

And as to how “vitally important” Secretary Mattis deemed his unprecedented visit to Guantanamo, this report says, became known yesterday, 29 December 2017, when President Trump suddenly ordered the entire 850th Military Police Battalion to immediately deploy from Luke Air Force Base to Guantanamo Bay Naval Base. 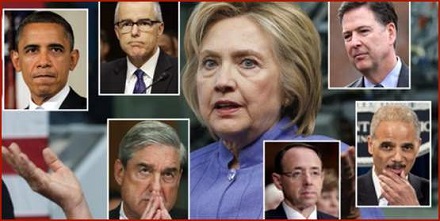 With the Guantanamo Bay Detention Camp holding only 41 detainees, but able to hold nearly 800, this report notes, President Trump’s suddenly ordering there such a large number of US Military Police forces requires a further explanation as to why—and which the SVR says can be found in the equally sudden activity of the secretive IBC Airways—and whom, upon President Trump’s ordering the 850th Military Police Battalion to immediately deploy to Guantanamo, announced, on 29 December 2017, that it is increasing its flights to Naval Station Guantanamo Bay to three times a week—thus highly suggesting its anticipation of a flood of visitors there—most likely to include American attorneys defending their soon to be imprisoned traitorous clients.

Roger Stone just retroactively registered as a lobbyist for a firm trying to improve the security of commodity rights in Somalia. In September, he falsely claimed on Infowars that al-Shabaab was mining uranium in Somalia and illegally selling it to Iran, recommending that Trump send in more drones. Not mentioned in the article is that Stone went on InfoWars [in September](https://www.youtube.com/watch?v=JO1WWJ_fd5A) and [falsely](https://www.stimson.org/content/fact-matter-al-shabaab-not-mining-uranium-somalia-sell-iran) claimed that al-Shabaab was mining uranium in Somalia and illegally selling it to Iran. He then [pushed](https://youtu.be/epk4A6reM_0?t=207) the Trump administration to better-secure the area by sending in more drones.

This is important to conspiracy because it looks like Stone was using InfoWars as a platform for illegal lobbying. He cannot be trusted.

Trump did a very stupid thing when associating with him. Stone is also who convinced Trump to hire Manafort.

I hope Trump learned a valuable lesson from it. Laying in bed with a dog gets you fleas.

HE didn’t call for anything personally, and before his ASSISTANT made any binding recommendations re: uranium mining and trade, the decision had to be seconded by more than a half dozen other high-ranking administration officials.

And even then any action needed a special waiver to trade the uranium somewhere other that the United States.

So, what is the big deal here exactly? Just Trump Derangement Syndrome.

Oh, wait. That was Clinton and Uranium One.