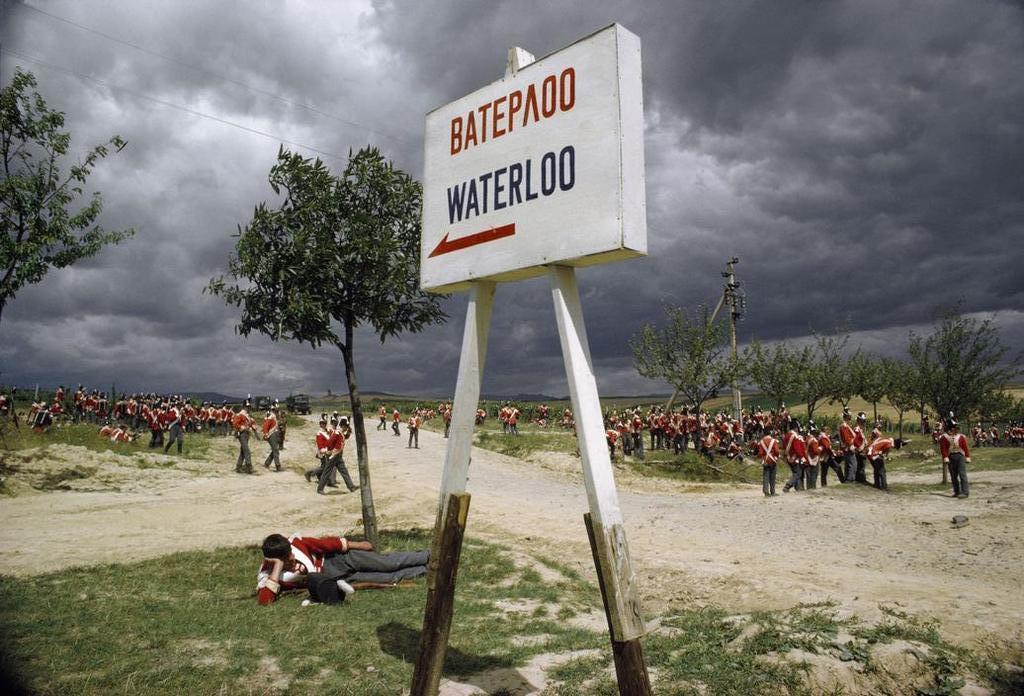 At the time, this film had the most extras in cinema.

It is also superb.

irishtrader: I heard a rumor once that as this was being filmed, the congregation of so many extras as soldiers constituted one of the largest land armies in the world at the time.

Not sure how accurate it is but it sounds amazing!

Pansarmalex: Absolutely fantastic film. How many extras did they have, 10.000?

Graf_Leopold_Daun: the film had some of the largest battle scenes in movie history is here for anyone who is interested ( https://www.youtube.com/watch?v=kH2BZgbbKjI )

Saucepanmagician: Why is the sign on the picture also written in cyrillic script, apparently?

jackele17: Its a great film. Its on youtube, check it out