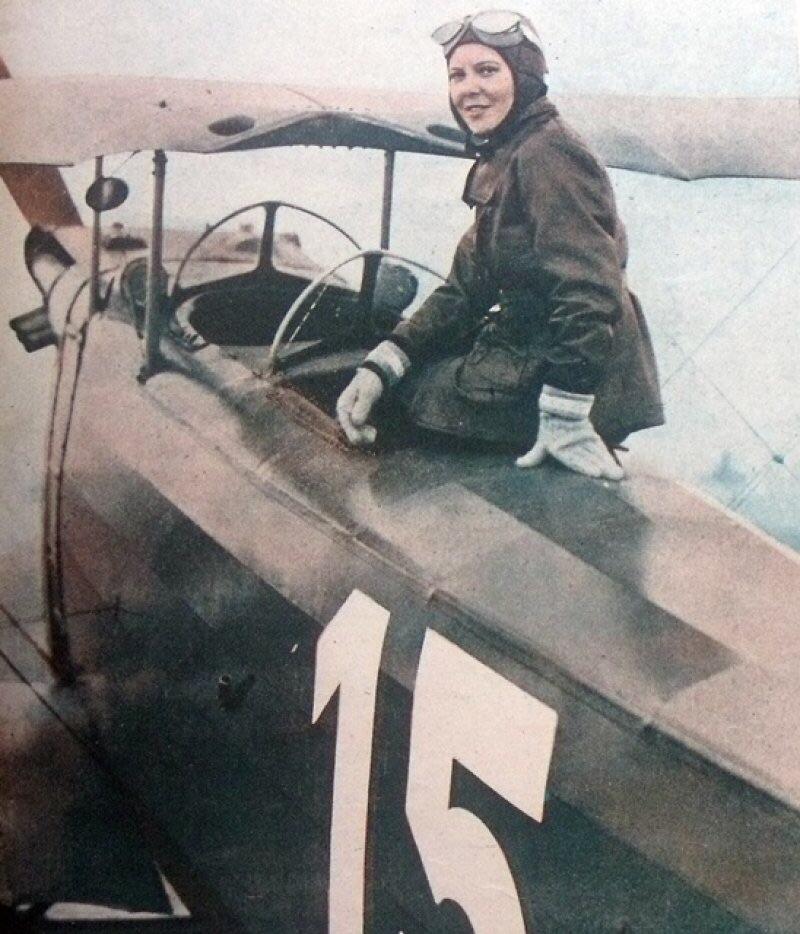 Sabiha Gökçen (Turkish: [sabiha ɡøkt͡ʃen]; 22 March 1913 – 22 March 2001)[1] was a Turkish aviator. She was the first Turkish female combat pilot, aged 23.[2] According to some sources, including Guinness World Records,[3] she was also the world’s first female fighter pilot, being enrolled in the Military Aviation Academy in Eskisehir in 1936. However, others such as Marie Marvingt[4][5] and Eugenie Mikhailovna Shakhovskaya[6][7][8] preceded her as military pilots in other roles, probably without a military academy enrollment. She was one of the eight adopted children of Mustafa Kemal Atatürk.

Gökçen made headlines and sparked controversy, in 2004, when Hrant Dink, a journalist of Turkish-Armenian descent, published an interview with a person claiming to be Sabiha’s niece that claimed that she was of Armenian origin. Her adopted sister Ülkü Adatepe disputed this during an interview, claiming that Sabiha was of Bosniak ancestry… Wikipedia

Previous Post: « Soviet Squadron commanders of the 588th Night Bomber Regiment, 4th Air and Air Defence Forces Army – Soviet Air Forces, are photographed in a briefing during the Battle of the Caucasus. Germans gave the women of the regiment the nickname “Night Witches”
Next Post: US Navy SNJ Texan training aircraft making a low level pass near a three-masted sailing ship Joseph Conrad, built in 1880, photo taken in 1942 »