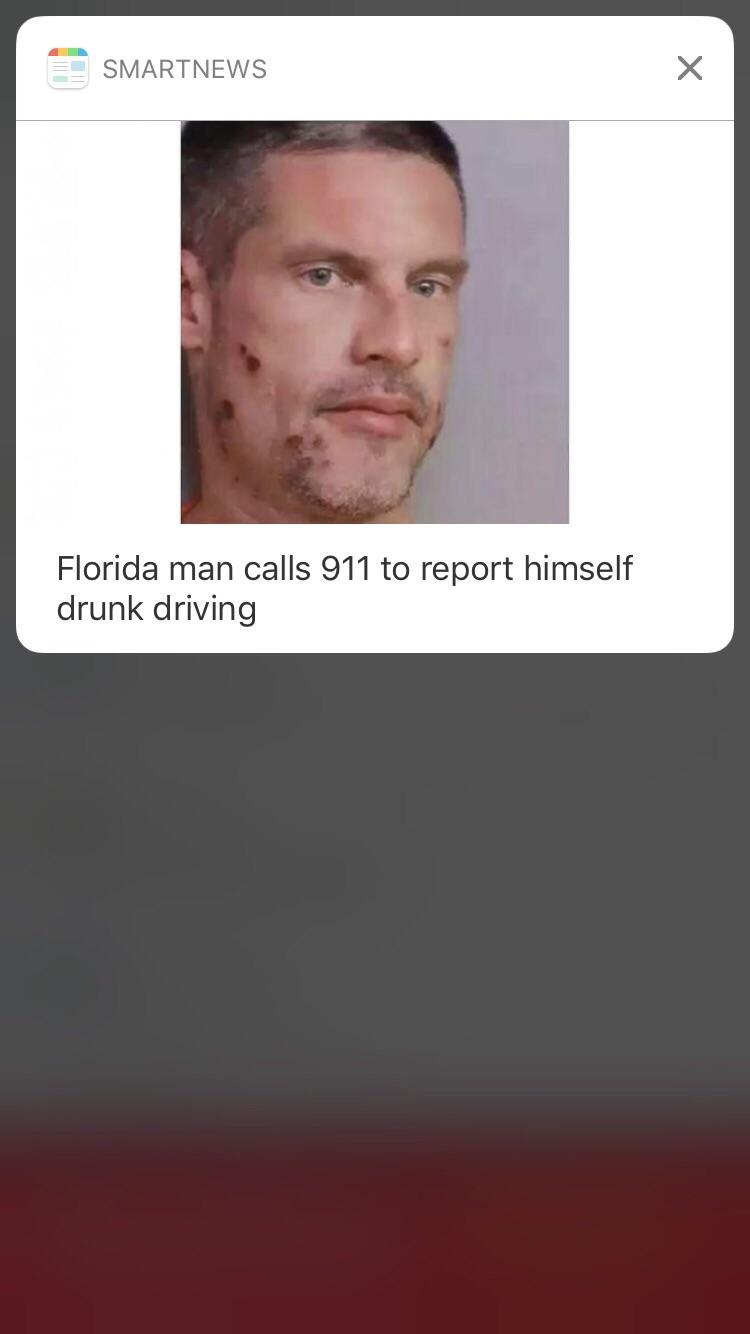 Florida authorities are sharing the details of an unusual 911 call on New Year’s Eve, from a man who said he wanted to report himself drunk-driving.

Polk County Sheriff’s officials say the dispatcher kept him talking while directing officers to the scene.

When the dispatcher asked Michael Lester where he was, he said, “I’m too drunk. I don’t know where I’m at.”

And when she asked what he’d been doing all night, he said “I don’t know, driving around, trying to get pulled over, actually.”

“I’m driving on the wrong side of the road,” he said later.

The operator repeatedly urged him to park his truck and wait for officers to find him. Unfortunately, he chose the wrong spot.

“Look, I’m parked in the middle of the road,” he said. Sirens could be heard in the background a short time later.

“Driving while under the influence of alcohol or drugs is a serious crime. Innocent people are too often injured or killed from impaired drivers. DUI is not a laughing matter,” sheriff’s officials wrote. “However … in this particular incident, nobody was hurt, so we couldn’t help but LOTO (that means we Laughed Our Tasers Off).”

Henital_Gerpies: This is definitely a step in the right direction. Maybe he was fed up with acting shitty constantly putting himself and others in danger. Its on new years eve and meth was involved so I could totally believe this man was done with his current lifestyle or something. I hope I have the balls to do this if Im ever in a bad place.

ScottMHN: Of course, “Florida Man” back at it again.

MelonElbows: He sure showed him

LaSurete: Great for him. He recognized that his life was out of control, that he was endangering himself and others and he did something about it.

KaseyMcFly: “LOTO” (laughed our tasers off) ohhh man I bet they caught shit for that

Miranda_That_Ghost: Good for him. Hopefully the court goes easy on him and he gets the help he needs.

Anonymous37: Wait, are those scabs on his face MRSA infections?

I hate to jump to conclusions, but I’m thinking that this guy might *also* be a methamphetamine addict.

airmclaren: If you pull over first and take the keys out of the ignition, can you still be charged?

PerpetualAscension: the hero we deserve.