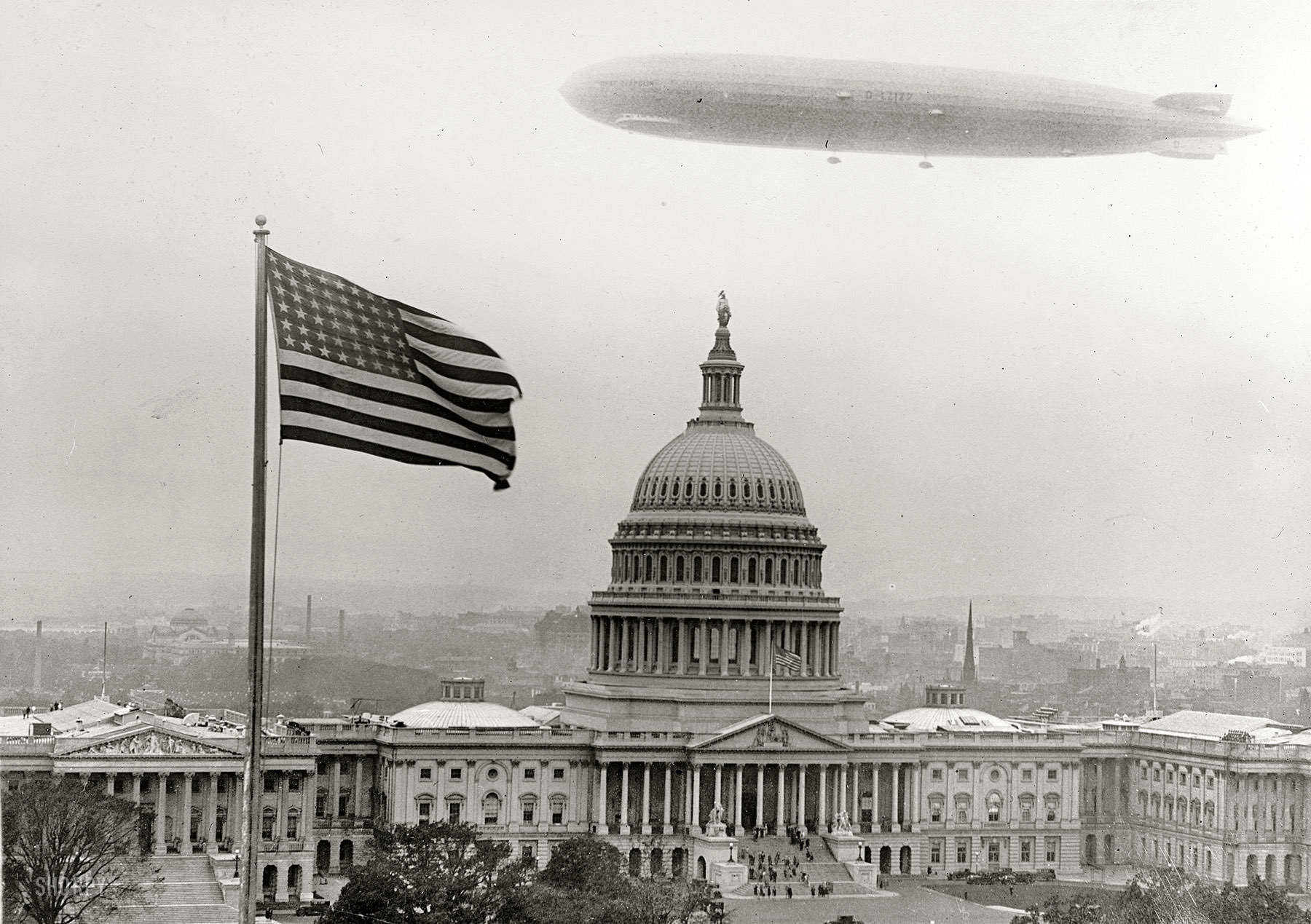 Question: Did this burn as well or was it just decommissioned?

Answer: This is the first [Graf Zeppelin (D-LZ127)](https://en.wikipedia.org/wiki/LZ_127_Graf_Zeppelin), which was built in the late 1920s and used for regular commercial transatlantic service until 1937. She was scrapped in 1940 and her duralumin was used by the German aircraft industry.

The Hindenburg-class [Graf Zeppelin II (D-LZ130)](https://en.wikipedia.org/wiki/LZ_130_Graf_Zeppelin_II), was a different airship and the ‘Hindenburg’s actual sister ship. Her design was modified to make use of helium as a lifting gas and she made her first flight in 1938. Because the USA didn’t deliver helium to Nazi Germany after the annexation of Austria, she was filled with hydrogen instead. She was operated in Europe for a while and, among other things, used for probing the British Chain Home radar system. She was also scrapped in 1940, like the ‘Graf Zeppelin I’ and her duralumin was used for aircraft manufacture.

Previous Post: « “The paradox of education is precisely this – that as one begins to become conscious one begins to examine the society in which he is being educated.” James Baldwin
Next Post: A death squad mercenary stops for lunch in El Salvador, 1980s. »