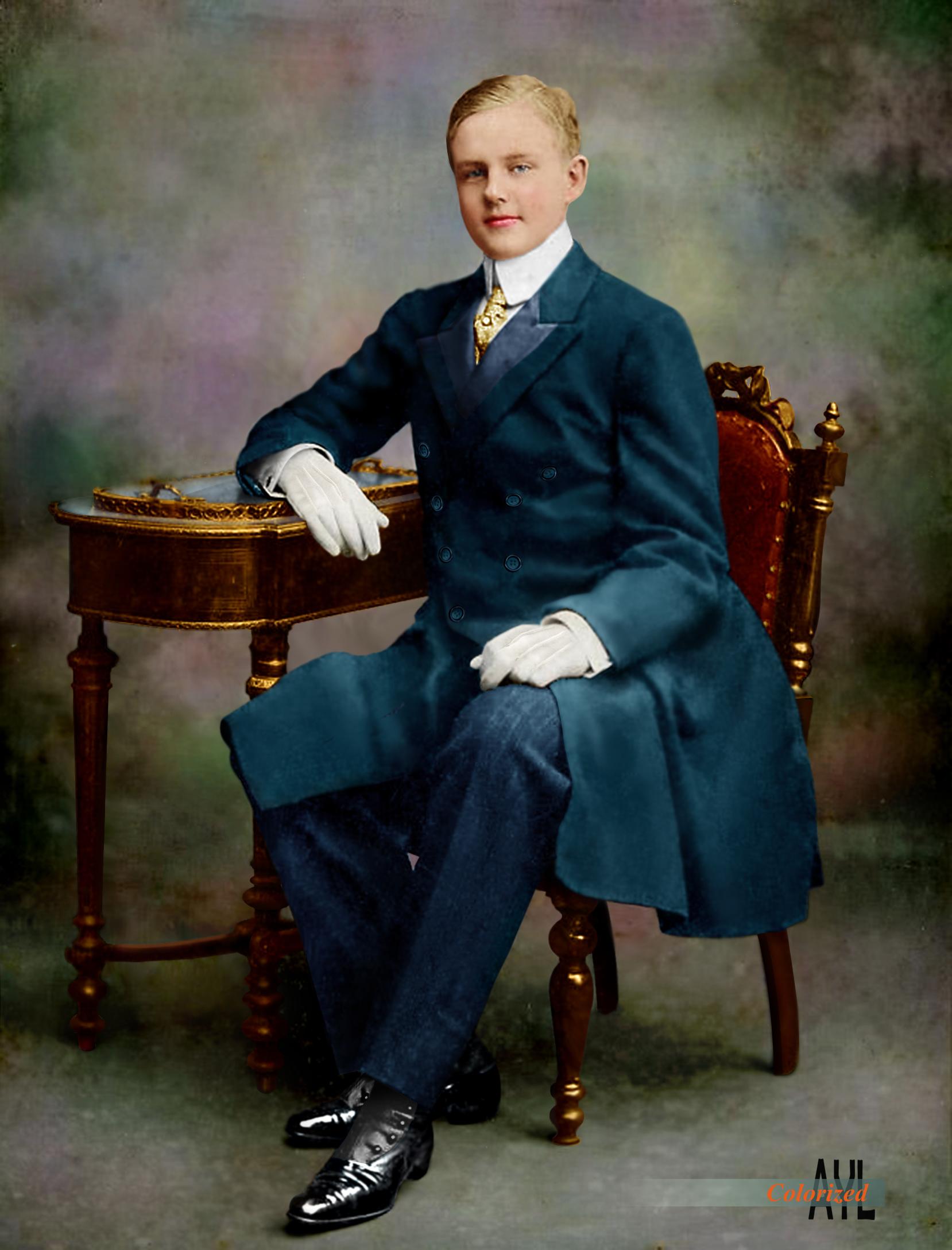 Don Luís Felipe, Prince Royal of Portugal, Duke of Braganza, (1887 -1908), was the eldest son and heir-apparent of King Carlos I of Portugal, Upon returning to Lisbon from Vila Viçosa Palace, two members of a revolutionary society called the Carbonária, shot at all the royal family, hitting Luís Filipe, and killing his father King Carlos I instantly with a bullet to his neck. Luís Felipe effectively ascended the throne succeeding his father, but died 15-20 minutes later, considered the shortest-reigning monarch in history, His younger brother Manuel survived the attack and ascended the throne, but was deposed in a coup d’etat in 1910 that established the Portuguese republic.