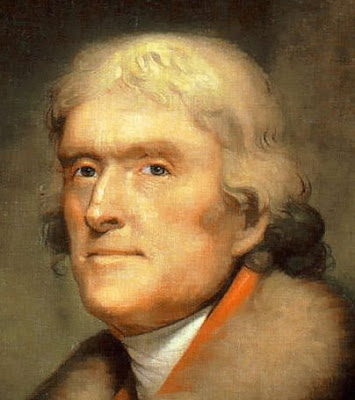 Thomas Jefferson was an American Founding Father who was the principal author of the Declaration of Independence and later served as the third President of the United States from 1801 to 1809.
Born: April 13, 1743, Shadwell
Died: July 4, 1826, Monticello
Presidential term: March 4, 1801 – March 4, 1809
Spouse: Martha Jefferson (m. 1772–1782)
Children: Martha Jefferson Randolph, Madison Hemings

Quotes
The tree of liberty must be refreshed from time to time with the blood of patriots and tyrants.
Honesty is the first chapter in the book of wisdom.
In matters of style, swim with the current; in matters of principle, stand like a rock.

« “Happiness is not something you postpone for the future; It is something you design for the present.” Jim Rohn
“There are only nine meals between mankind and anarchy.” Alfred Henry Lewis »