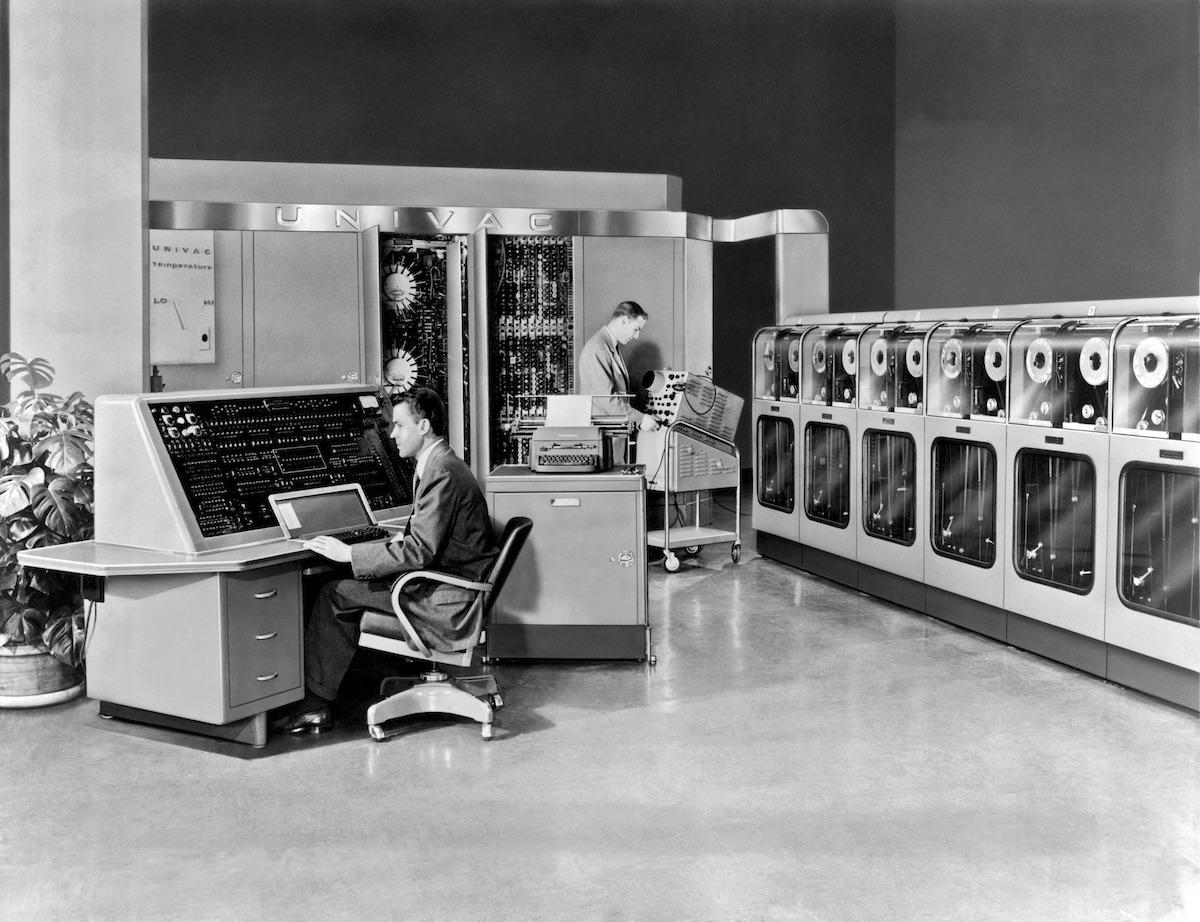 puppiadog: This is why those older, mainframe, computer guys laughed at the younger, PC guys when the young guys predicted everyone would have a computer in their home.

GoodGriefWhatsNext: [On Mar. 31, 1951, the U.S. Census Bureau signed a contract for the first commercial computer in the U.S. and thus entered a new era. When UNIVAC—the Universal Automatic Computer—was dedicated a few months later, the New York Times called the machine “an eight-foot-tall mathematical genius” that could in one-sixth of a second “classify an average citizen as to sex marital status, education, residence, age group, birthplace, employment, income and a dozen other classifications.] (http://time.com/4271506/census-bureau-computer-history/)

toddling_cadaver: Totally reliable. Hence the included oscilloscope on a cart.

Previous Post: « Frozen dead Russian soldier in Finland, 31 Jan 1940
Next Post: Chief Petty Officer Graham Jackson plays “Going Home” as FDR’s body is borne past in Warm Springs, GA, where the President was scheduled to attend a barbecue on the day he died. (April, 1945) »