Julian Assange disappears from Twitter, but not before dropping a torrent link to a 65 GB file! I’m hearing it could be the contents of Anthony Weiner’s laptop! It’s probably going to be some hours before someone has it completely downloaded. Can’t wait! #QAnon #CBTS 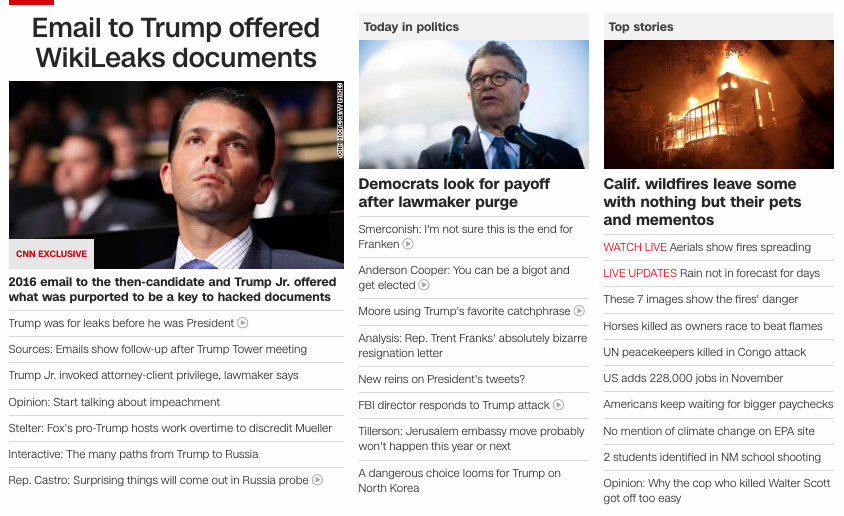 2. WikiLeaks is about to drop something huge.

3. This is all just a publicity stunt. Which one is it?

Rogue Twitter activity on Julian Assange’s account, and mysterious deleted tweets featuring his name by a US military account, have sparked fears that the WikiLeak’s founder is missing or dead.

theantidilluvian: Publicity stunt is my guess.

UnhelpfulJelly: 2 and 3. Not only do I not feel them to be mutually exclusive, they go hand in hand with one another. I feel like not even considering Wikileaks/Assange’s personal interest in whatever they’re doing should be cautioned against as much as reflexively discounting them as 100% full of shit.

mindboglin: 4. None of this is real.

ApocalypseFatigue: 3 is true regardless of 1 or 2.

toxic_banana: Publicity for a drop?

Here a screenshot of the deleted @USNavy Christmas tweet about @JulianAssange. Note the use of quotation marks.https://t.co/Asfw6cH6C7 pic.twitter.com/7Gg6mVOoCx

crestind: Snowden and Assange are almost certainly both honeypots / leaks coordinated by higher levels of the power structure. DL with caution from behind 7 proxies.

atleastlisten: There was a tweet about a Christmas Surprise earlier this month (below). They probably took his account down to mitigate the initial spread of a new release.

Rith2: Could he not just have deleted his account himself or would that show a different message?

What is weird is that https://twitter.com/wikileaks usually has Julians twitter link in the bio. Its no longer there

Edit: He’s Back! https://twitter.com/JulianAssange but he is following more people. This is strange because he always followed only one account. Wikileaks.

Plague-Lord: Something has been wrong since October 2016 when it appeared the embassy was raided and his internet was cut.. Wikileaks has been compromised since then IMO. I think they got to him and threatened his family, but left him and WL intact as a honeypot to catch future leakers who try to give information to Wikileaks.

joelberg: Hmm I wonder if this was his doing or Twitters.

compubomb: Maybe the account was deleted by him to prevent his own Deadman switch from going off if his API keys are disabled by removing his account the bot/API cannot post on his behalf. Could be he forgot his own pw/private key to a box he used and couldn’t get into it.. just a hypothetical. API keys would probably be purged or invalidated and a lot of people write automated Twitter posting scripts.

gandalfsbastard: Wasn’t the Mueller investigation looking into Wikileaks recently? Some mention of an interview?

chappaquiditch: Anyone think he somehow got his account to drum up interest in a guy who has teased big news bit has consistently failed to deliver lately?

dankmanstan: Assange doesn’t think 9/11 was an inside job, that should be a red flag for many people

Afrobean: Streisand Effect. Doing this only makes my resolve harder, and deleting a journalist’s account for no reason will just make it easier to get people to take the side of Wikileaks vs Twitter here.

boomtnt46: I remind that if you want to help Wikileaks and you have more than 80GB of free space, you can download the insurance files.

TristyThrowaway: Guess the FSB wants to phase him out of their operation

ParamoreFanClub: Tbf his account has been long gone for a while. He clearly had very political motives the last couple years. It wasn’t about the truth anymore

tatertatertatertot: Oh boy…So it’s back. He apparently took down his own Twitter account for the publicity drama, and didn’t realize that when you do that you lose all your followers and start from scratch…now it’s back and he must be having some regrets about his plan, there.

Redcardyellowcard: I don’t trust that guy. This is probably a stunt and his move to make Trump support him is failing. He needs someone on his side or else he will be locked up. 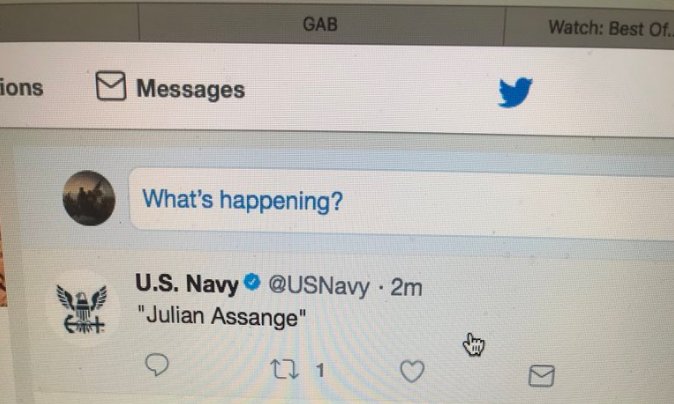 Dopplegamer: Just the fact that they are searching for what he may be posting is intriguing.

TheMadQuixotician: Someone meant to type that into a search bar to exclude search options for anything but his full first and last name, but regardless, the operator of the twitter account is likely getting chewed out

goingtohateme: And Julian retweeted the screenshot and the santa clause image in the same tweet. American military will have a bad week

US Navy just tweeted “Julian Assange” before deleting it

goingtohateme: So he is back now and following 5 ppl?