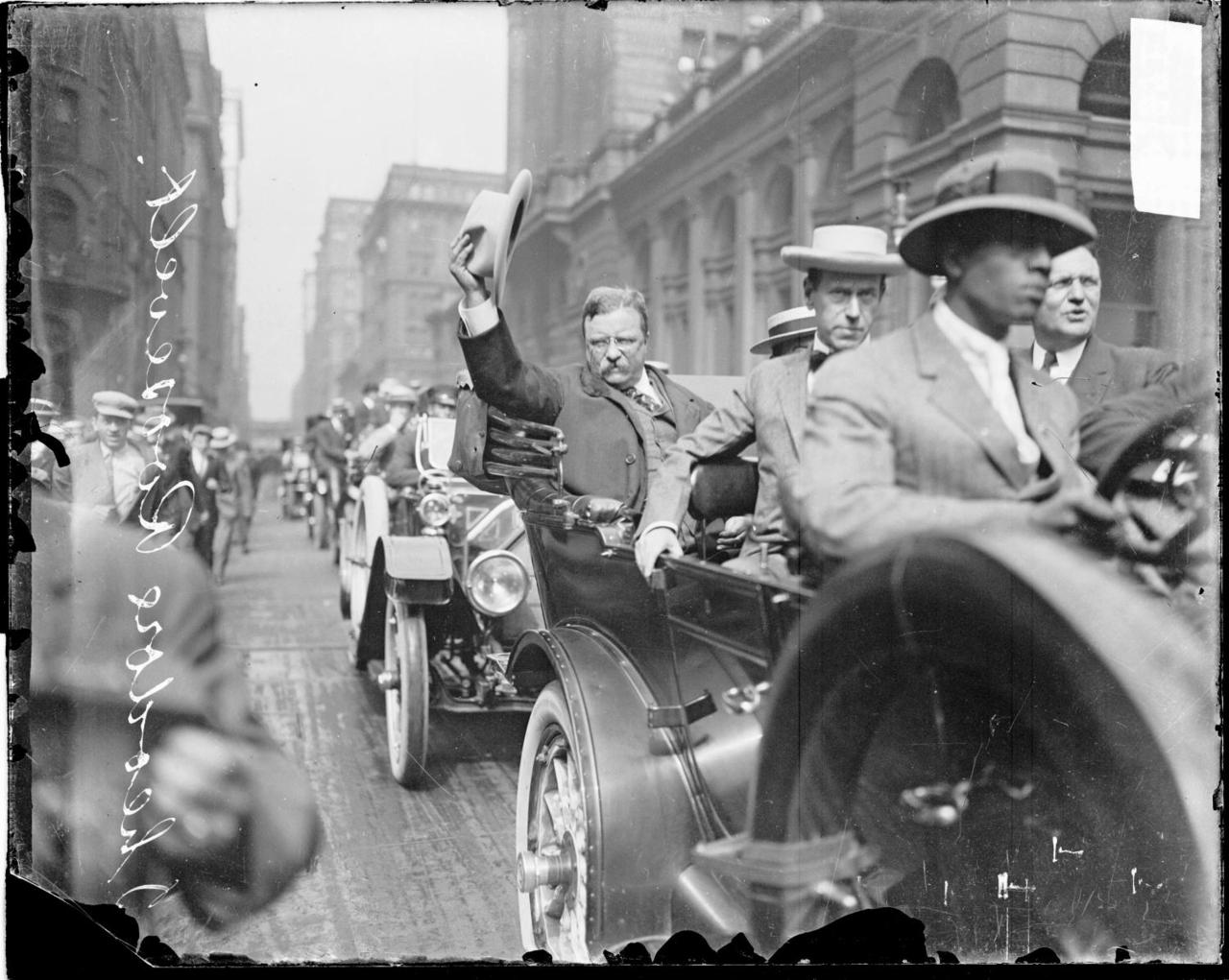 Theodore Roosevelt in a procession along West Jackson Boulevard near the Federal Building, Chicago, Illinois, August 6, 1912.Taken at the time of the Progressive Party National Convention held in Chicago from August 5 to 7 (Chicago History Museum), 1912

26th U.S. President
Theodore Roosevelt Jr. was an American statesman, author, explorer, soldier, naturalist, and reformer who served as the 26th President of the United States from 1901 to 1909. Wikipedia
Born: October 27, 1858, Manhattan, New York City, New York, United States
Died: January 6, 1919, Sagamore Hill, Town of Oyster Bay, New York, United States
Children: Alice Roosevelt Longworth, Kermit Roosevelt, more
Nicknames: The Happy Warrior, The Rough Rider, more
Political parties: Republican Party (1916–1919, 1880–1911), Progressive Party (1912–1916)
Quotes
Do what you can, with what you have, where you are.
In any moment of decision, the best thing you can do is the right thing, the next best thing is the wrong thing, and the worst thing you can do is nothing.
Speak softly and carry a big stick; you will go far.
Previous Post: « “Our scientific power has outrun our spiritual power. We have guided missiles and misguided men.” Martin Luther King, Jr.
Next Post: “Brighter than a thousand suns” Eyes that have seen a nuclear blast. Hiroshima Japan. August 8 1945 »