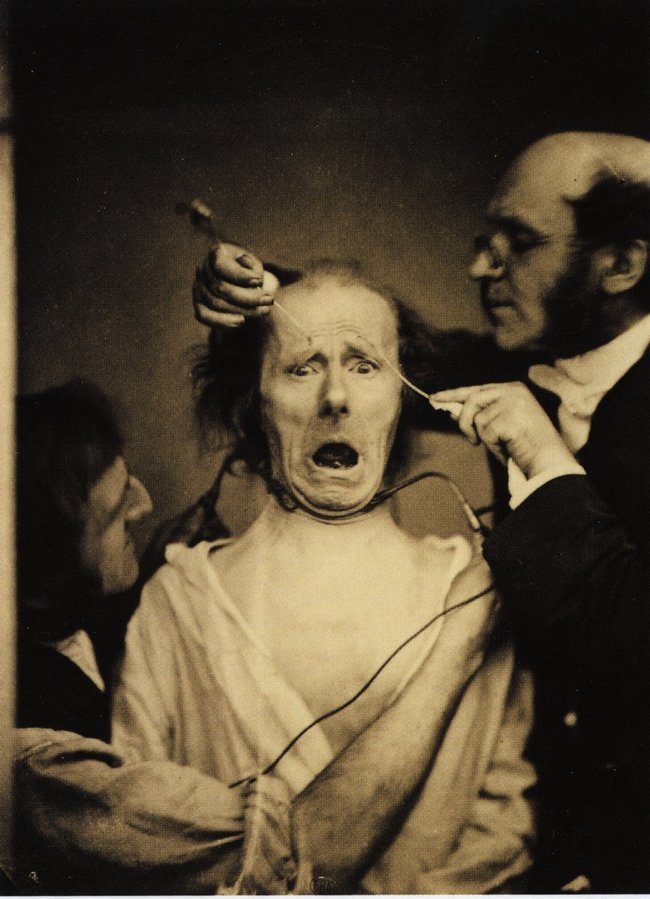 GeneralTonic: Crazy stuff. But a better word would be ‘electrified.’

Electrocute is a combination of ‘electricity’ and ‘execute’, and literally means **killed** by electricity, not just shocked.

crapwittyname: Duchenne de Boulogne was unappreciated in his time. His work, though groundbreaking, was considered at the extremes of medicine. It was only 150 years later, after the introduction of Unicode 9.0, that humanity as a whole saw his prescient genius in the pre invention of the emoji for dizziness ?

zerthwind: I wonder if that dude volunteered for the study.