Hint: One of them knows how to spell and doesn’t speak like a third grader 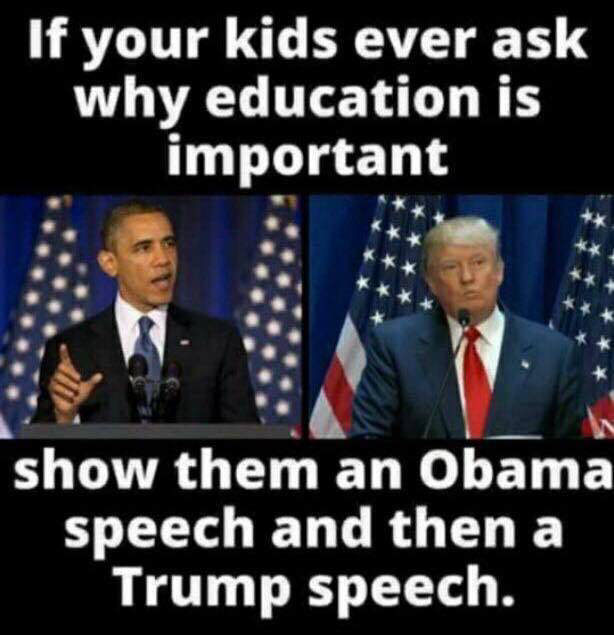 In 2013, Professor Lance Dehaven-Smith—in a peer-reviewed book published by the University of Texas Press—showed that the term “conspiracy theory” was developed by the CIA as a means of undercutting critics of the Warren Commission’s report that President Kennedy was killed by Oswald. The use of this term was heavily promoted in the media by the CIA. And—up until recently—it has served its purpose.

Now, however, in 2017, those who were once called “conspiracy theorists” are being vindicated as they watched instance after instance get exposed all year long. To be clear, we are not talking about outlandish, unprovable, and off the wall theories that completely lack evidence. We are talking about well-researched cases that were deliberately dismissed and ridiculed by the mainstream as a means of oppressing the information and protecting the establishment.

Ironically enough, 2017 is the year the conspiracy theorists were proven right as the mainstream media and government began pushing wild conspiracy theories without evidence to back them up.

To show just how vindicated the well-informed are, below is a list of the top 10 conspiracy theories that were proven as real in 2017.

1. Hollywood and the political elite have been exposed for their rampant and horrifying sex abuse against men, women, and children alike

This year, however, it was different. With Harvey Weinstein as the catalyst, former victims came forward and began publicly naming their abusers and even getting the police involved. The American people also learned that their ostensible representation in D.C. was spending millions to silence the victims of their apparent uncontrollable sex abuse.

No longer will companies like Disney be able to hire convicted pedophiles as the world looks the other way—nor will sicko politicians be allowed the immunity to rape and pillage as they see fit. 2017 will be known as the year the victims fought back.

Geoengineering is finally going mainstream as the U.S. House Subcommittee on Environment and Subcommittee on Energy Hearing, in November, held the first House hearing about the science that until now has generally been considered a “conspiracy theory” and relegated to the fringes of society by the Praetorian Guard mainstream media — controlled by the ruling power-elite oligarchy.

The controversial subject of climate engineering or weather modification – which was popularized, and oversimplified with the term “chem-trails” – is stepping from the shadows and into the light of public scrutiny for the first time.

The congressional hearing, titled “Geoengineering: Innovation, Research, and Technology,” was attended by members of the House committees as well as representatives of think tanks, academics, and researcher scientists to discuss the future of geoengineering research.

During the first hearing, the potential need to set up a regulatory structure within which experiments would be allowed, at a set scale, was discussed. Now, those who deny the fact that government is involved in geoengineering will be the conspiracy theorists.

3. 20,000 documents were released in August proving the EPA conspired with chemical companies to unleash deadly toxic substances on the public

Highly toxic chemical compounds made by Dow, Monsanto, DuPont and other companies were being developed and marketed in ever greater quantities, and federal agencies were rubber-stamping their approval based on fraudulent safety testing.

The Poison Papers reveal that, instead of acting to protect the public and reassess the chemicals, EPA held a secret meeting with chemical companies to assure them that their products would continue being sold.

The secret meeting between EPA and chemical companies is the most poignant example of a long history of collusion at the expense of human and environmental health.

4. US media giant Sally Quinn admitted she practiced the occult to murder people—and she was praised for it

Although her husband Ben Bradlee died in 2014—who was good friends with former President John F. Kennedy, and executive editor of the Washington Post from 1968 to 1991—Quinn has since taken the time to give insight into the glamorous life lived by the media’s royal couple. Some of the practices she describes are ones that would normally be written off as crazy conspiracy theories by outlets such as their beloved Washington Post.

However, WaPost actually praised it.

In her latest publication titled, Finding Magic: A Spiritual Memoir, Quinn reveals that she believes she has killed at least three people in her lifetime. She claims that while she did not harm anyone physically, she believes strongly in the occult, and has used hexes on people who got on her bad side.

5. Mainstream media finally admitted the United States has been aiding terrorists in Syria

In November, the BBC released a bombshell report confirming that the US and Syrian Defense Forces knowingly aided thousands of ISIS fighters.

According to the bombshell BBC report:

The BBC has uncovered details of a secret deal that let hundreds of Islamic State fighters and their families escape from Raqqa, under the gaze of the US and British-led coalition and Kurdish-led forces who control the city. A convoy included some of IS’s most notorious members and – despite reassurances – dozens of foreign fighters. Some of those have spread out across Syria, even making it as far as Turkey.

Then in December, an investigation concluded that 97 percent of the weapons used by the Islamic State were supplied illegally by the U.S. and Saudi Arabia.

The weapons and ammunition were originally purchased by the United States and Saudi Arabia and then distributed to rebel groups. While the U.S. claimed to be fighting ISIS, the fact is that ISIS was one of the Syrian rebel groups opposing Assad, and as the report noted, nearly all of their weapons came from those purchased by the U.S. and Saudi Arabia.

Who would have guessed, guys? ? 6. The Federal Reserve bank was exposed in June to be a working arm of US Intelligence

Confidential accounts within the Federal Reserve have been used by the U.S. Treasury and other departments “several times a year to analyze the asset holdings of the central banks of Russia, China, Iraq, Turkey, Yemen, Libya and others,” according to a report from Reuters that cites more than a dozen current and former senior U.S. officials.

The U.S. central bank keeps a tight lid on information contained in these accounts. But according to the officials interviewed by Reuters, U.S. authorities regularly use a ‘need to know’ confidentiality exception in the Fed’s service contracts with foreign central banks.

7. Declassified document proved the conspiracy that the CIA planned and carried out the 1953 Iranian Coup

The newly declassified documents, titled “Foreign Relations of the United States, 1952-1954, Iran, 1951–1954,” provide a notable difference from the State Department’s 1989 version of the coup, which left out any involvement from American and British intelligence.

A memorandum from Director of Central Intelligence Allen Dulles to President Eisenhower, dated March 1, 1953, serves as a reminder that internally, “the elimination of Mossadeq by assassination or otherwise,” was used as a method in repairing ties with Iran, restoring oil negotiations, and stopping a “Communist takeover.”

Once the talk of conspiracy theorists — the rich ingesting the blood of the young to foster longevity — is now a reality and an actual business in the United States. Not only is it a business but billionaires are actually admitting their interest in it.

As Vanity Fair reports, Ambrosia, which buys its blood from blood banks, now has about 100 paying customers. Some are Silicon Valley technologists—like Peter Thiel, the billionaire co-founder of PayPal and adviser to Donald Trump.

A&E Networks addressed the government’s role in the drug war in a four-part documentary series on the History Channel, titled, “America’s War on Drugs.”

“America’s War on Drugs” is an immersive trip through the last five decades, uncovering how the CIA, obsessed with keeping America safe in the fight against communism, allied itself with the mafia and foreign drug traffickers. In exchange for support against foreign enemies, the groups were allowed to grow their drug trade in the United States.

According to researchers from the University of Iowa, ascorbate, derived from Vitamin C, was successfully observed increasing hydrogen peroxide levels in cancer cells, which in turn had a toxic result with cancer cells, killing the cancer cells in lab rats yet not damaging normal cells in the process. The researchers concluded that Vitamin C might, indeed, be lethal to some cancers.

According to the scientists, “These results indicate that an in vivo measurement of catalase activity in tumors may predict which cancers will respond to pharmacological ascorbate therapy.” Once the exact cancers are identified, which are killed by vitamin C, the researchers concluded, “this information can also be used in finding combination therapies that may increase the efficacy of treatment for those tumors with higher catalase activities.” In other words, extremely high doses of the Vitamin C derivative may potentially be added to conventional cancer therapies to help kill more cancer cells.

In 2017, the world has learned that truth is indeed stranger than fiction as the light continues to shine into the darkness. With all the proven conspiracies in 2017, we can’t help but remain optimistic for 2018 to become the year the world begins to wake up.

All truth passes through three stages. First, it is ridiculed. Second, it is violently opposed. Third, it is accepted as being self-evident.

Matt Agorist is an honorably discharged veteran of the USMC and former intelligence operator directly tasked by the NSA. This prior experience gives him unique insight into the world of government corruption and the American police state. Agorist has been an independent journalist for over a decade and has been featured on mainstream networks around the world. Agorist is also the Editor at Large at the Free Thought Project, where this article first appeared. Follow @MattAgorist on Twitter, Steemit, and now on Facebook. 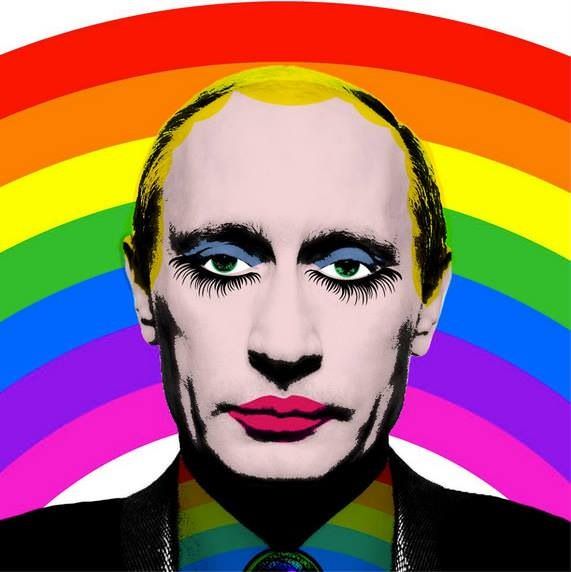 Previous Post: « Polish leader and “First Marshal of Poland” Józef Piłsudski with his dog called “Dog” in Warsaw, Poland, 1929
Next Post: Apple is facing lawsuits over its policy of slowing down older iPhones »