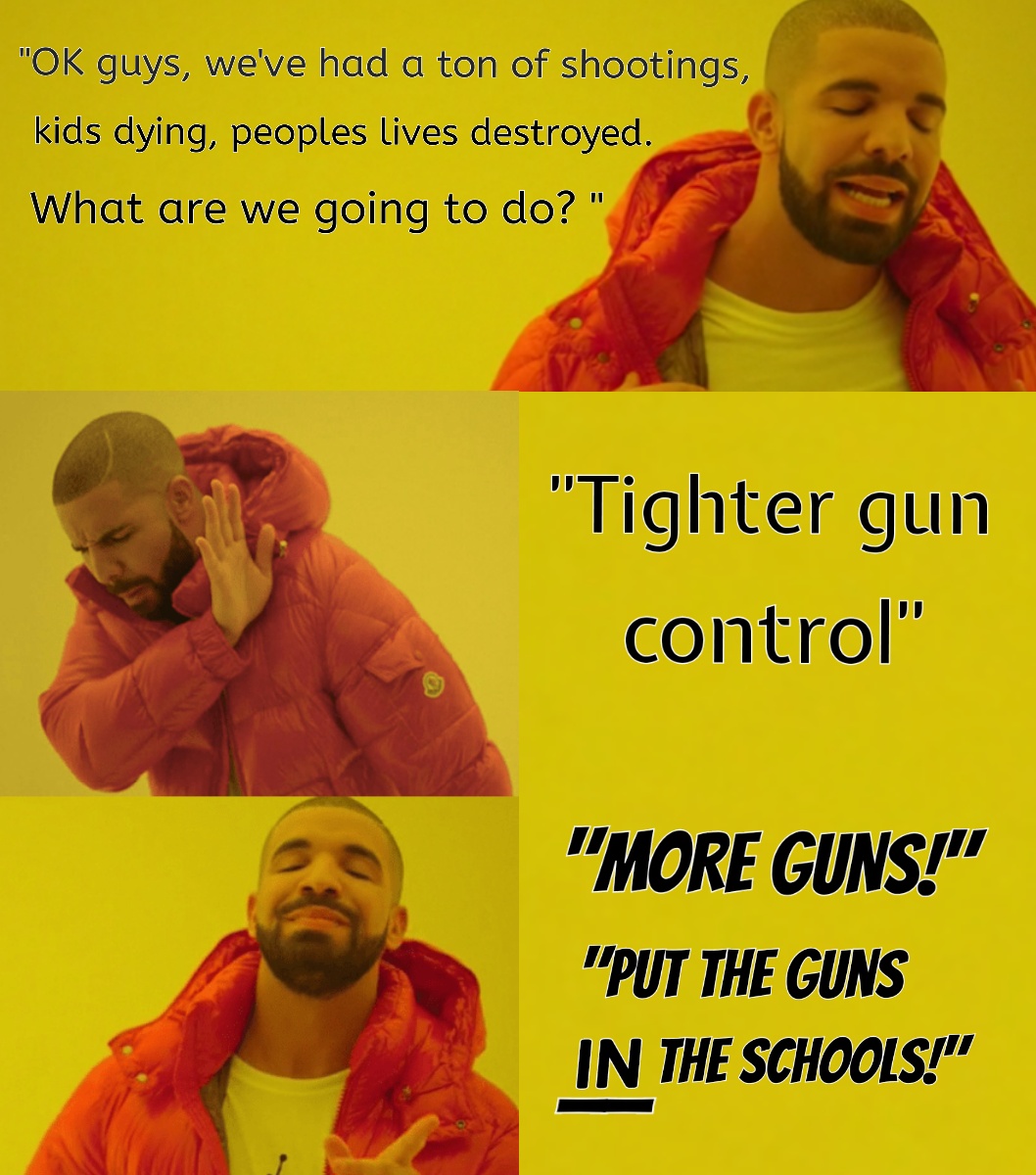 And according to Trump’s “True News” Infowars,

The Second Amendment Is The Answer To Avoid Mass Shooting

The Second Amendment is being blamed as the cause for the scourge of mass shootings, but the truth is the exact opposite.

President Donald Trump says that arming teachers and school staff and stationing Marines on school grounds could prevent future school shootings, as he met with survivors of the Florida massacre, who demanded changes and solutions.

NRA chief executive Wayne LaPierre echoed President Donald Trump’s call to arm teachers to prevent school shootings, and weighed into a long-running political and cultural divide over access to weapons that has been inflamed by last week’s massacre at a Florida high school that killed 17 students and staff.

Undercover Federal Air Marshals carry weapons on many US flights. Trump estimated that just 20 percent of teachers and staff armed with guns could effectively thwart deadly attacks on school property.

“The attack has lasted on average about three minutes. It takes 5-8 minutes for the responders, for the police to come in,”Trump said, explaining the argument for arming school staff.

“They may be Marines that left the Marines, left the Army, left the Air Force, and they are very adept at doing that. You’d have a lot of them and they would be spread evenly throughout the school.”

And the head of the National Rifle Association lashed out at gun control advocates on Thursday, saying Democratic elites are politicizing the latest mass school shooting in the United States to try to erode constitutionally guaranteed gun rights.

It doesn’t take Trump long to find out that his “violent idea” (arming teacher with guns) is not exactly to the liking of most people.

For once, he actually backpedaled very quickly to respect folk’s view,

President Trump took issue Thursday with media reports declaring that he is advocating arming all teachers in schools, clarifying that he supports a move to arm only teachers who have specialized training. 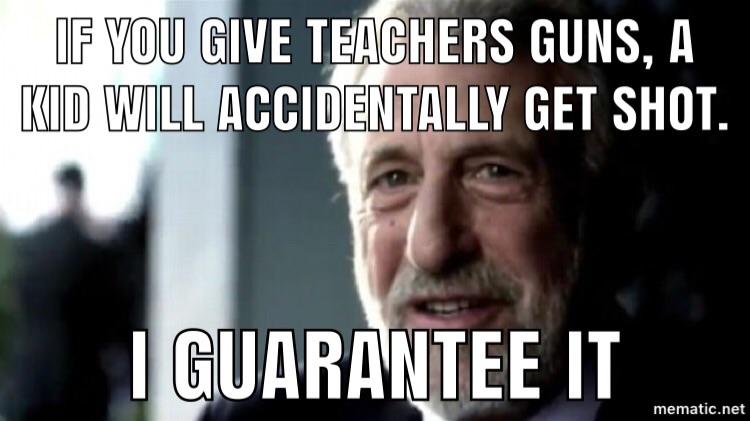 Referring to gun free schools as a “magnet for bad people,” Trump hit out at CNN and NBC, charging that those networks were misrepresenting his comments.

I never said “give teachers guns” like was stated on Fake News @CNN & @NBC. What I said was to look at the possibility of giving “concealed guns to gun adept teachers with military or special training experience – only the best. 20% of teachers, a lot, would now be able to

….immediately fire back if a savage sicko came to a school with bad intentions. Highly trained teachers would also serve as a deterrent to the cowards that do this. Far more assets at much less cost than guards. A “gun free” school is a magnet for bad people. ATTACKS WOULD END!

Trump made the comments during a sit down listening session Wednesday with survivors of last week’s Florida school shooting.

After a parent raised the idea of arming teachers and administrators with concealed guns, Trump said it was “certainly a point we will discuss.”

President Trump on concealed carry for teachers: “If you had a teacher who was adept at firearms, they could very well end the attack very quickly.” pic.twitter.com/ashuxSUYFl

“If you had a teacher who was adept at firearms, that could very well end the attack very quickly,” Trump said.

Continuing to address the media via Twitter, the President added that “highly trained, gun adept, teachers/coaches” would be an effective deterrent to prevent future deadly incidents.

….History shows that a school shooting lasts, on average, 3 minutes. It takes police & first responders approximately 5 to 8 minutes to get to site of crime. Highly trained, gun adept, teachers/coaches would solve the problem instantly, before police arrive. GREAT DETERRENT!

Trump declared that ‘cowards’ would avoid targeting schools if they knew that there was no chance of them being able to attack defenseless people.

….If a potential “sicko shooter” knows that a school has a large number of very weapons talented teachers (and others) who will be instantly shooting, the sicko will NEVER attack that school. Cowards won’t go there…problem solved. Must be offensive, defense alone won’t work!