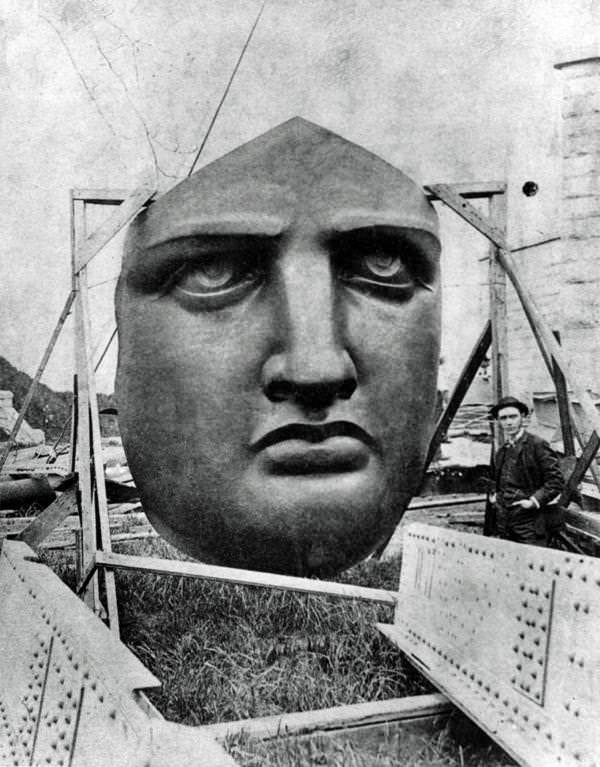 On this day in 1885, the dismantled Statue of Liberty, a gift of friendship from the people of France to the people of America, arrives in New York Harbor after being shipped across the Atlantic Ocean in 350 individual pieces packed in more than 200 cases. The copper and iron statue, which was reassembled and dedicated the following year in a ceremony presided over by U.S. President Grover Cleveland, became known around the world as an enduring symbol of freedom and democracy.

Intended to commemorate the American Revolution and a century of friendship between the U.S. and France, the statue was designed by French sculptor Frederic-Auguste Bartholdi (who modeled it after his own mother), with assistance from engineer Gustave Eiffel, who later developed the iconic tower in Paris bearing his name. The statue was initially scheduled to be finished by 1876, the 100th anniversary of America’s Declaration of Independence; however, fundraising efforts, which included auctions, a lottery and boxing matches, took longer than anticipated, both in Europe and the U.S., where the statue’s pedestal was to be financed and constructed. The statue alone cost the French an estimated $250,000 (more than $5.5 million in today’s money).

Finally completed in Paris in the summer of 1884, the statue, a robed female figure with an uplifted arm holding a torch, reached its new home on Bedloe’s Island in New York Harbor (between New York City and Hudson County, New Jersey) on June 17, 1885. After being reassembled, the 450,000-pound statue was officially dedicated on October 28, 1886, by President Cleveland, who said, “We will not forget that Liberty has here made her home; nor shall her chosen altar be neglected.” Standing more than 305 feet from the foundation of its pedestal to the top of its torch, the statue, dubbed “Liberty Enlightening the World” by Bartholdi, was taller than any structure in New York City at the time. The statue was originally copper-colored, but over the years it underwent a natural color-change process called patination that produced its current greenish-blue hue.

In 1892, Ellis Island, located near Bedloe’s Island (which in 1956 was renamed Liberty Island), opened as America’s chief immigration station, and for the next 62 years Lady Liberty, as the statue is nicknamed, stood watch over the more than 12 million immigrants who sailed into New York Harbor. In 1903, a plaque inscribed with a sonnet titled “The New Colossus” by American poet Emma Lazarus, written 20 years earlier for a pedestal fundraiser, was placed on an interior wall of the pedestal. Lazarus’ now-famous words, which include “Give me your tired, your poor/Your huddled masses yearning to breathe free,” became symbolic of America’s vision of itself as a land of opportunity for immigrants.

Some 60 years after President Calvin Coolidge designated the statue a national monument in 1924, it underwent a multi-million-dollar restoration (which included a new torch and gold leaf-covered flame) and was rededicated by President Ronald Reagan on July 4, 1986, in a lavish celebration. Following the terrorist attacks of September 11, 2001, the statue was closed; its base, pedestal and observation deck re-opened in 2004, while its crown re-opened to the public on July 4, 2009. (For safety reasons, the torch has been closed to visitors since 1916, after an incident called the Black Tom explosions in which munitions-laden barges and railroad cars on the Jersey City, New Jersey, waterfront were blown up by German agents, causing damage to the nearby statue.)

Today, the Statue of Liberty is one of America’s most famous landmarks. Over the years, it has been the site of political rallies and protests (from suffragettes to anti-war activists), has been featured in numerous movies and countless photographs, and has received millions of visitors from around the globe.

Previous Post: « “Enlightenment is when the wave realizes it is the ocean.” Thich Nhat Hanh
Next Post: Why Now? The Emergence of the Amplituhedron and the Retreat of Space-Time »