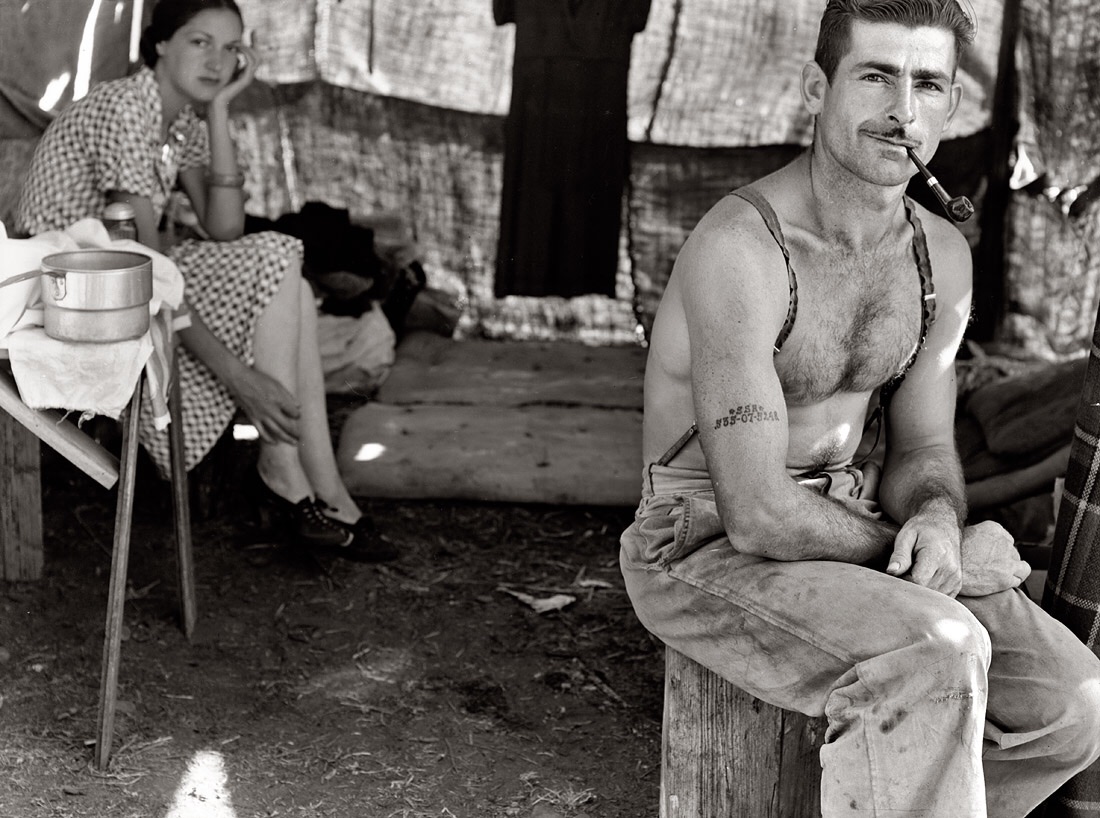 FantaToTheKnees: >Note the social security number tattooed on his arm,” photographer Dorothea Lange observed. Perhaps only a small detail to the photographer, the U.S., Social Security Death Index (begun only four years prior) provides further information.
A resident of Klamath Falls, Ore., Thomas U. Cave and his wife Annie, had fallen on hard times when Lange encountered them. That year, they had collectively worked a total of 52 weeks and earned $550. The couple was the only household who rented a small flat on Frieda Avenue ($12 a month). And now Thomas Cave found himself without a job. They were both twenty-seven at the time.

thesilverpig: I am under employed and have a girlfriend, can confirm that is the face a SO will make.

Juggernaut13255: He looks so much more optimistic than his wife

Previous Post: « London Underground under Construction in 1860
Next Post: German troops trying to rescue a French soldier from sinking in a mud hole, 1918 »