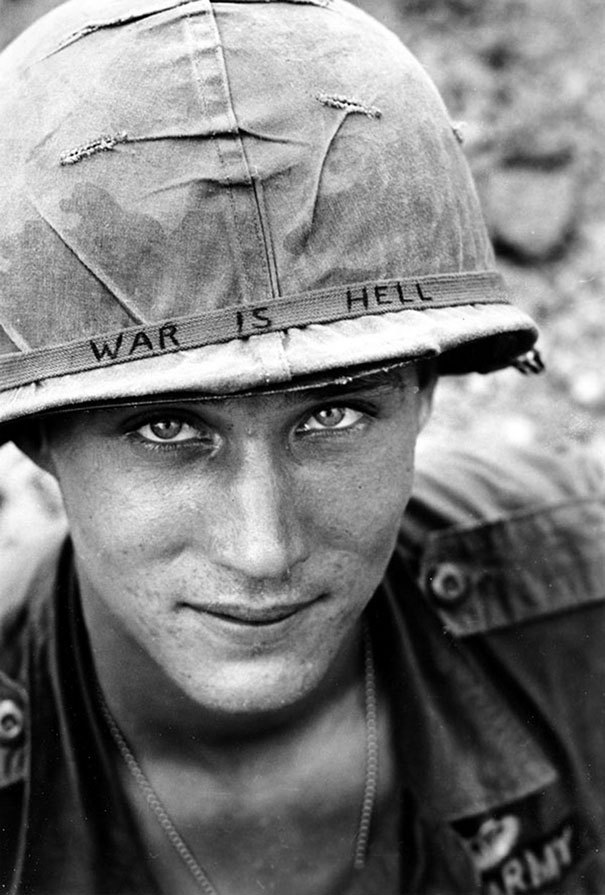 jayman419: He’s been identified, within a reasonable margin of doubt.

The family provided several details which weren’t commonly known at the time. Former AP Press Editor Richard Pyle took those details and confirmed them by having AP Director of Creative Services Chuck Zoeller check their archives.

Notes show it was taken by Horst Faas on June 18, 1965 at the Phouc Vinh airstrip in South Vietnam, and Chaffin’s service record showed he was present at the time.

steezycheesefries: Look at the eyes …Jesus Christ are they nice

me2u-commonsense: War is and always has been Hell- Why do we, as people who die in them, allow them to happen?

Previous Post: « Empire State Building under construction, 1930
Next Post: “It is the test of a good religion whether you can joke about it.” G.K. Chesterton »