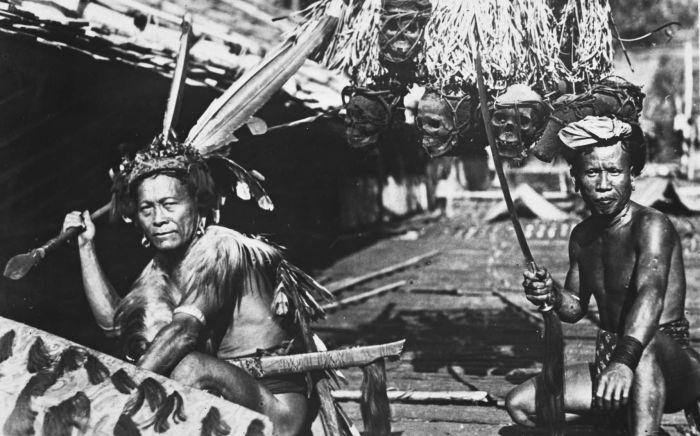 Lord_Cornwallis_III: The Dayaks are actually a peace-loving people who live based on customary rules or adat asal which govern each of their main activities. During WWII, however, they were encouraged by the allies to take up their (previously outlawed) ancient practice of “Headhunting” against the Japanese.

msdlp: I assume they were given swords rather than making them themselves.

anakajaib: Dayak, one of the most famous tribes in the Malay Archipelago. So well known that the term Dayak in the Malay language is commonly used to refer to “uncivilized” natives even those not from the Dayak tribe.

SuspiciousButler: Am from Indonesia. First time I’ve ever heard about this.

Previous Post: « A man of the Ainu, an indigenous people of Japan, c. 1880
Next Post: Commander of the 6th German Army which could “storm the heavens,” and the first Generalfeldmarschall ever to be captured by the enemy, Generaloberst Friedrich Paulus at Stalingrad, 1942. »