After JFK’s assassination, 87% of Americans believed Oswald was the sole shooter. What happened? 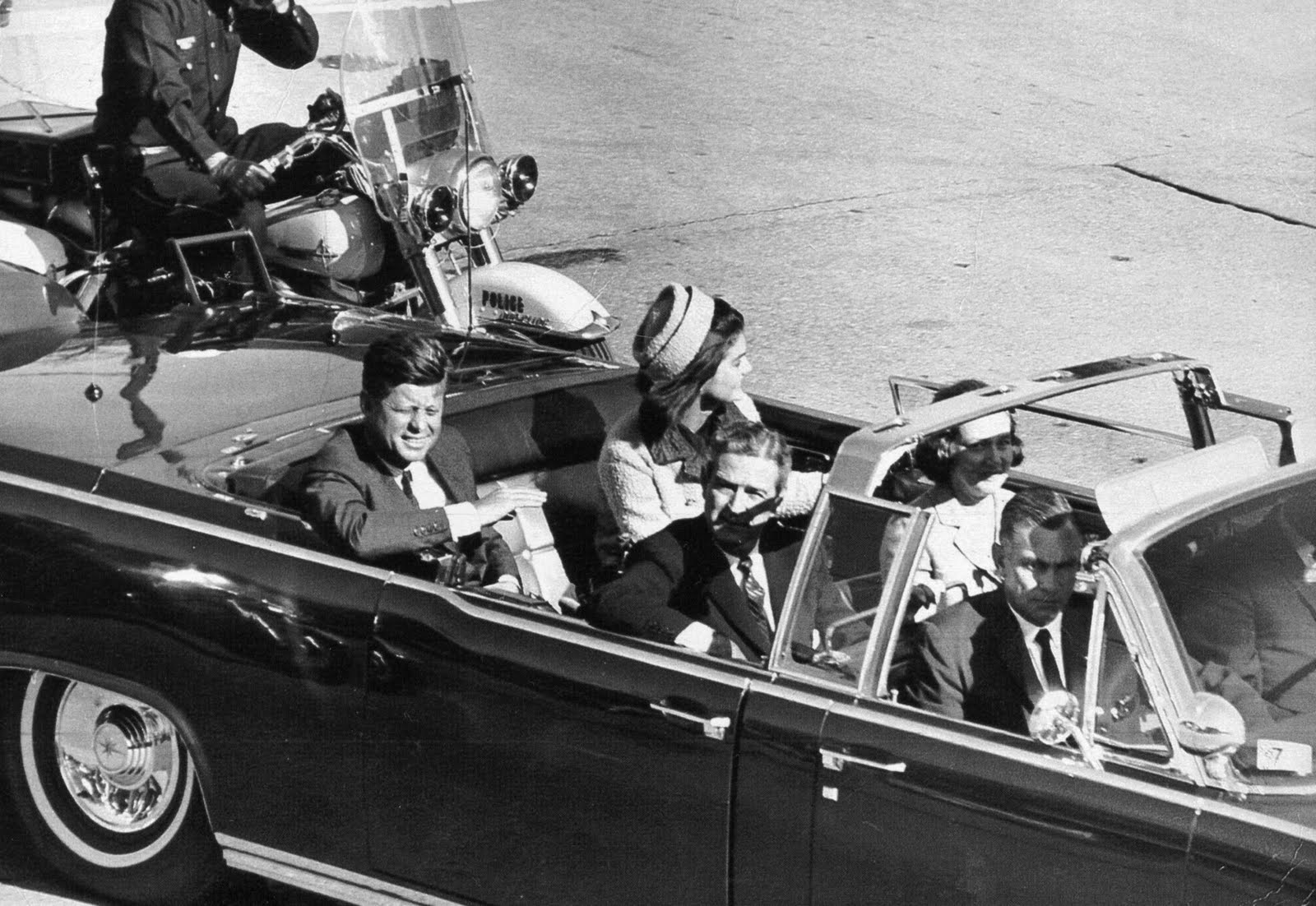 Why the Public Stopped Believing the Government about JFK’s Murder?

This is why… The official narrative appears too simple to believe

Quite simply, how could he have done it? How could this skinny kid who emigrated to Russia and returned when it got too tough, have pulled it off? How could some wannabe-communist honorably discharged from the Marine Corps, fire three shots in eight seconds using a bolt action rifle. How could that second bullet have struck somebody in the back, exit their neck and then strike a second person’s back and then leave through their chest?

How could this measly nobody have killed the most powerful person in the world, and then calmly boarded a city bus to escape. And he did all this by himself? 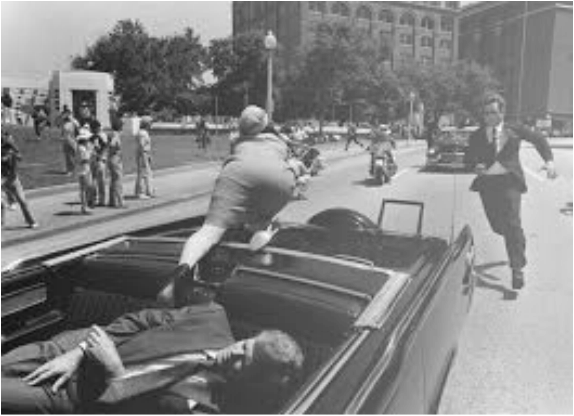 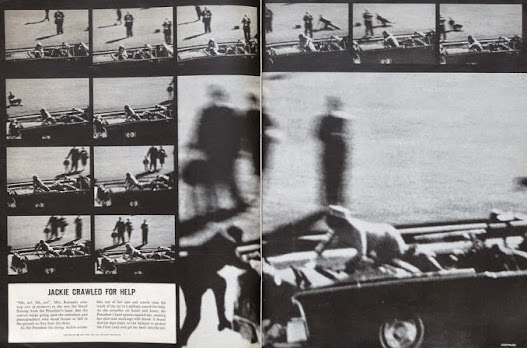 More than half-a-century after one of the most infamous events in US history, most Americans don’t believe Lee Harvey Oswald, an employee at the Texas School Book Depository in Dallas, killed President John F Kennedy – at not least by himself.

A recent survey commissioned by the FiveThirtyEight news site, found that all these years on from that morning on November 22 1963, only 33 per cent of people believe the finding of the official Warren Commission, which concluded in 1964, that Oswald alone was responsible for Kennedy death. A total of 61 per cent believe at least one other person was involved.

But these bare statistics don’t do justice to the colourful waterfall of things people believe did take place that day on Dealey Plaza as JFK and his wife, Jacqueline, drove through the streets, accompanied by Governor John Connally and his wife Nellie. 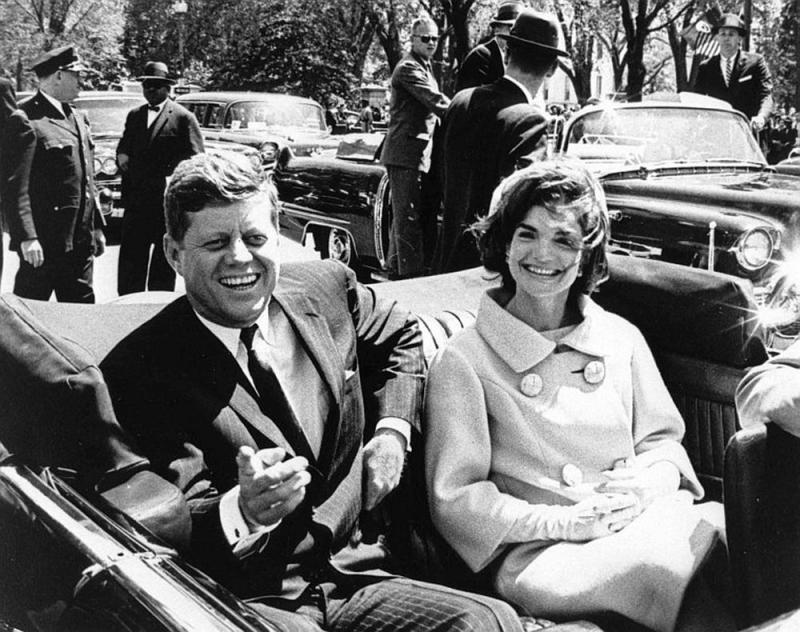 The new materials are part of a debate that began with the 1964 Commission on the Assassination of President Kennedy, popularly known as the Warren Commission. Established by President Lyndon Johnson one week after the assassination, it concluded, after nearly 10 months of investigation, that Lee Harvey Oswald, acting alone, had fired three bullets from the sixth floor of the school depository building. It found that Oswald’s death 48 hours later at the hands local nightclub owner Jack Ruby was an act of spontaneous revenge.

It’s hard to believe now, but the Warren Commission initially received a warm reception and the public seemed willing to accept its conclusions. Before the release of the report a Gallup poll found that only 29 percent of Americans thought Oswald acted alone, while 52 percent believed in some kind of conspiracy. A few months after the release of the report, 87 percent of respondents believed Oswald shot the President. 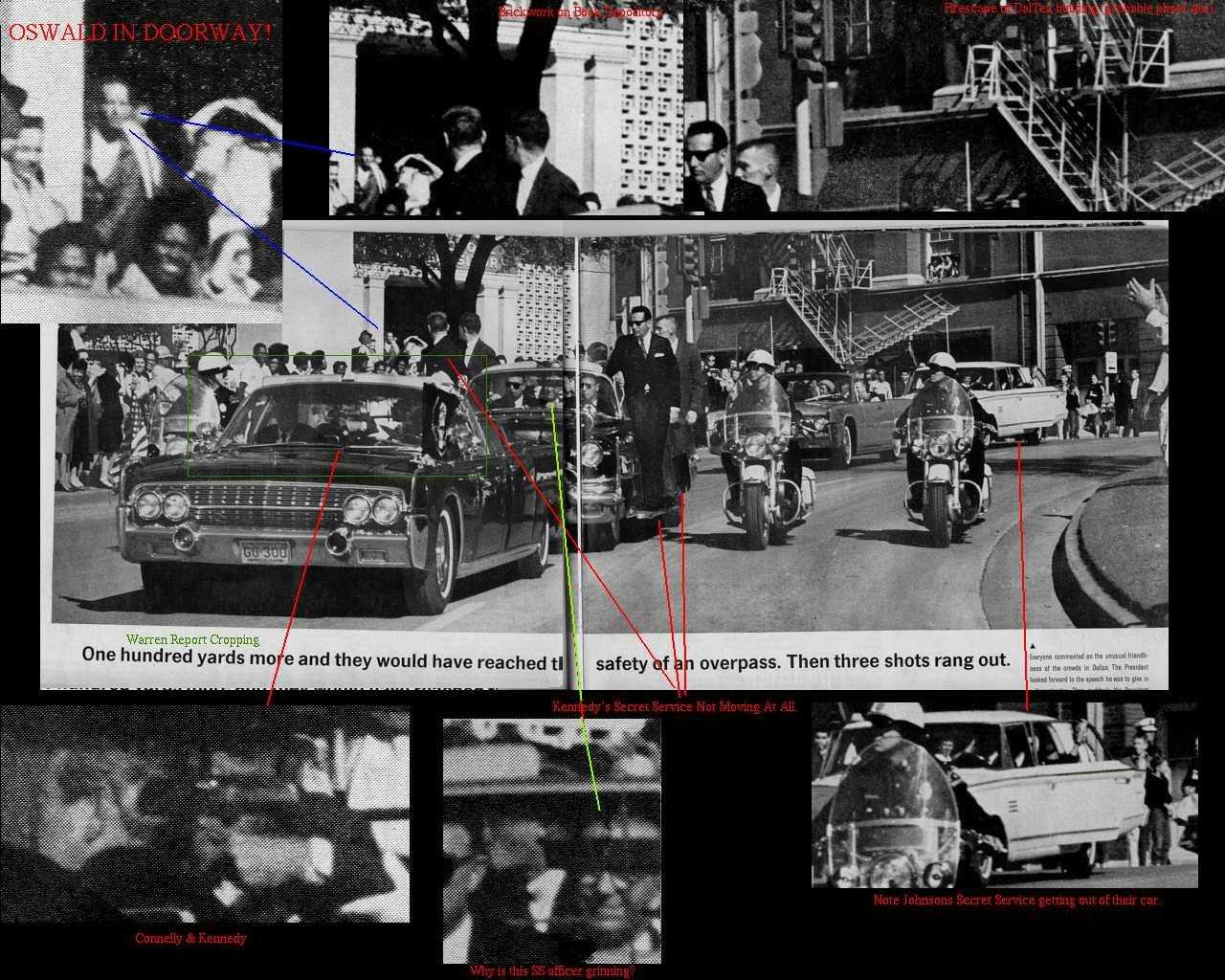 Over the next few years however, critics turned public opinion against the report. In 1966, Mark Lane published his bestseller Rush to Judgment. Later that year, a New Orleans district attorney, Jim Garrison, launched a highly publicized, but deeply flawed, investigation of his own which purported to reveal a vast conspiracy. At the same time, Life Magazine published color reproductions of the Zapruder film, a graphic home movie of the shooting by a local dressmaker, under the cover: “Did Oswald Act Alone? A Matter of Reasonable Doubt.” The editors questioned the Commission’s conclusions and called for a new investigation.

Most of these early skeptics used the Warren Commission’s own evidence against it. They focused on contradictions among some of the witnesses about the number of shots and from where they were fired. Some witnesses claim they heard gunfire from the grassy knoll, an elevated area to the front, right of the presidential limousine. A favorite topic was the so-called “magic bullet.” According to the Warren Commission, Oswald fired three shots in 8.6 seconds: the first shot missed, the second shot struck Kennedy in the back, exited through his throat, and then hit Texas Governor John Connally, breaking a rib, shattering his wrist, and ending up in his right thigh. Critics claimed the bullet, which remained largely intact, could not have been responsible for all the damage. And, if Connally and Kennedy were hit by different bullets in a matter of seconds, then it meant there had to be another shooter. 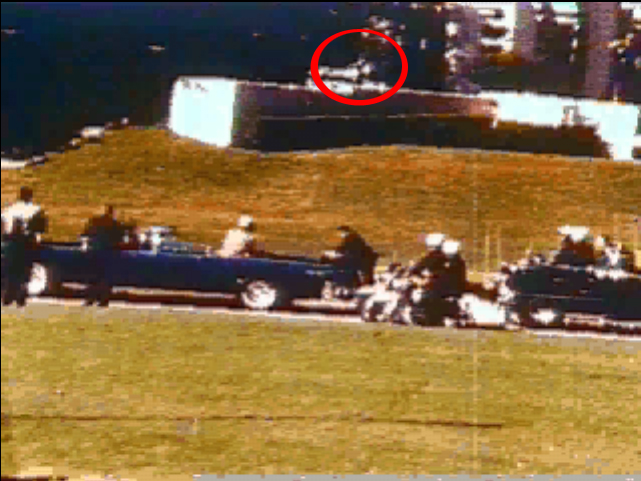 These criticisms took their toll. By the early 1970s, many Americans were skeptical of the commission and its conclusions. The most serious threat to the Commission’s credibility, however, came not from the army of investigative reporters and self-styled assassination experts, but from a new government investigation. In December 1978, the House Select Committee on Assassinations, after two years of work, concluded that although Oswald was the assassin, there was a conspiracy involving a second gunman. The committee relied on the highly questionable acoustical analysis of a dictabelt recording from Dallas police headquarters. It contained sounds from a police motorcycle in Dealey Plaza whose radio transmitting switch was stuck in the on position. Two acoustics experts said there was a 95 percent certainty that the recording revealed that four shots had been fired at the presidential motorcade. As a result, the House Committee came to the bizarre conclusion that there was a second shooter on the grassy knoll, and that shooter fired at the President, but missed.

Coming in the wake of Vietnam and Watergate, the House Select Committee’s report added to public cynicism about the Warren Commission conclusions. At just the time that Americans were learning that the government lied to them about Vietnam and Watergate, they now discovered it had lied about aspects of the assassination of President Kennedy. If the CIA and the FBI had lied to the Commission, the reasoning went, then they clearly had something to hide.

There were now two conspiracies: The conspiracy to assassinate the President and, potentially, an even larger and more insidious conspiracy among powerful figures in government and the media to cover it up.

Before the 1970s most conspiracy theories focused on the Russians or possibly the Cubans. By the 1980s, polls showed that large majorities of Americans now believed their own government was involved in the assassination of President Kennedy. A Newsweek poll taken on the 20th anniversary of the assassination showed that 74 percent of Americans believed that “others were involved,” while only 11 percent thought Oswald acted alone.

In 1991, filmmaker Oliver Stone tapped into these doubts, and added his own paranoid twist, to create the popular movie, JFK. The film portrayed an elaborate web of conspiracy involving Vice President Lyndon B. Johnson, the FBI, the CIA, the Pentagon, the KGB, pro-Castro and anti-Castro forces, defense contractors, and assorted other officials and agencies. The movie makes it seem that First Lady Jackie Kennedy was the only person in Dealey Plaza that day who was not planning to murder the President.

The movie ended with a plea for audience members to ask Congress to open all Kennedy assassination records. The plea worked. In 1992, Congress passed the President John F. Kennedy Assassination Records Collection Act that placed all remaining government documents pertaining to the assassination in a special category and loosened the normal classification guidelines. It set a 25-year deadline for the release of all documents. That deadline was October 26, 2017.

The legislation led to the most ambitious declassification effort in American history—more than five million documents in total. Over the next 25 years, the government fully released 88 percent of materials related to the assassination, and another 11 percent of partially redacted documents. As of October 2017, only one percent of documents remained classified.

There have been no shocking revelations in these documents; nothing to challenge the conclusions of the Warren Commission that Lee Harvey Oswald acted alone. Moreover, there have been no convincing alternative explanation of what took place in Dallas on November 22, 1963. At the same time, authors such as Gerald Posner (Case Closed) and Vincent Bugliosi (Reclaiming History) effectively refuted all the major conspiracy theories. Technology has also conspired against conspiracy. Digital recreations of the Zapruder film prove conclusively that all three shots fired at the Kennedy motorcade came from the sixth floor of the Book Depository Building. There were no second shooters or magic bullets; just Oswald and a high-powered rifle.

Yet the declassified documents have highlighted one major flaw with the Warren Commission: its failure to present a convincing explanation for why Lee Harvey Oswald shot JFK. Much of the final commission report represented an indictment of Oswald. It failed to ascribe a single motive, but it made a strong case that Oswald was little more than a disaffected sociopath in desperate need of attention. It spent a great deal of effort showing how the events in his childhood—growing up without a father, making few friends, and dealing with an overbearing mother—molded him into an angry, embittered misfit.

Many of the new documents and information, while fragmentary and often contradictory, present a different portrait of an Oswald who was driven as much by ideology as he was by personal demons. None of the information reveals a conspiracy, or proves the involvement of any outside group, but it does reinforce a possible political motive to the assassination, highlighting that Oswald was driven by a desire to prove his fidelity to the Cuban revolution, gain Castro’s respect, and possibly travel to Cuba as a conquering hero. In his fantasy world, Oswald probably assumed that he would be welcomed in Cuba as the man who killed the American devil, not appreciating that neither Castro nor the Soviets would wish to incur the wrath of the United States by harboring JFK’s assassin.

Why did the Warren Commission fail to highlight Oswald’s political motives? Cold War fears likely chilled the Commission’s desire to place too much emphasis on Oswald’s pro-Castro activities. Exposing his motives could have outraged the public and forced President Johnson to take military action against Cuba. At the same time, however, the Commission also lacked the proper context for evaluating Oswald’s motives because it was denied relevant intelligence information. These recently declassified documents reveal that American intelligence agencies had kept close tabs on Oswald in the months before the shot JFK. The CIA took pictures of Oswald outside the Soviet Embassy and even recorded his phone calls. But none of this evidence was turned over to the Commission, and all of it was later destroyed. The Commission, for example, never saw a memo prepared by J. Edgar Hoover that reported that Oswald had threaten to kill JFK during his trip to Mexico City just three weeks before the assassination.

The final commission report states, without any supporting evidence, that Oswald became disillusioned with Castro and Cuba after he was denied a visa to enter that country in late September. There is tantalizing evidence that just the opposite is true: As the Hoover memo suggests, it is more likely that Oswald killed Kennedy in order to convince Cuban authorities to accept his petition for a visa.

Many historians hoped that the highly-publicized release of the remaining documents would help resolve these lingering questions. Unfortunately, President Trump had promised full transparency, but at the last minute, gave into pressure from the CIA and decided to keep some materials classified. The new documents include some tantalizing details about previously well-known assassination plots against Fidel Castro, but they fail to address the central question about Oswald’s intent, or shed light on the CIA’s actions in Mexico City.

It’s likely that we will never know with any certainty why Oswald pulled the trigger that fateful day in November 1963, but the government has a responsibility to declassify all documents so that the American public can decide for itself. 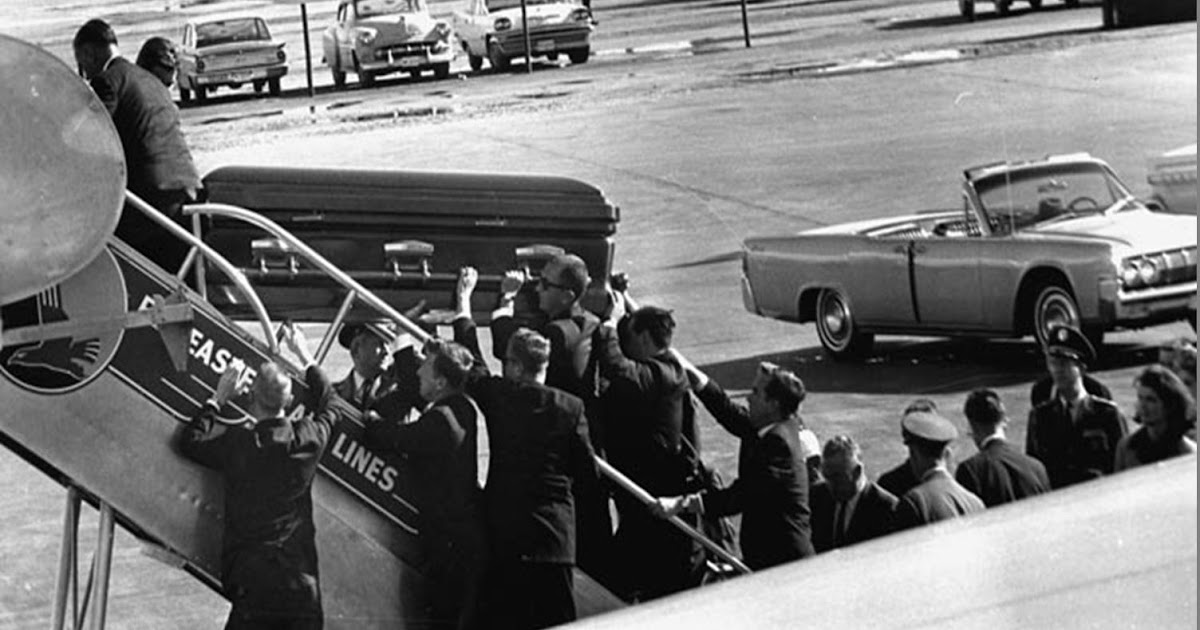 10 PHOTOS DEPICTING THE NEWMANS
JUST AFTER THE ASSASSINATION
ON NOVEMBER 22, 1963: 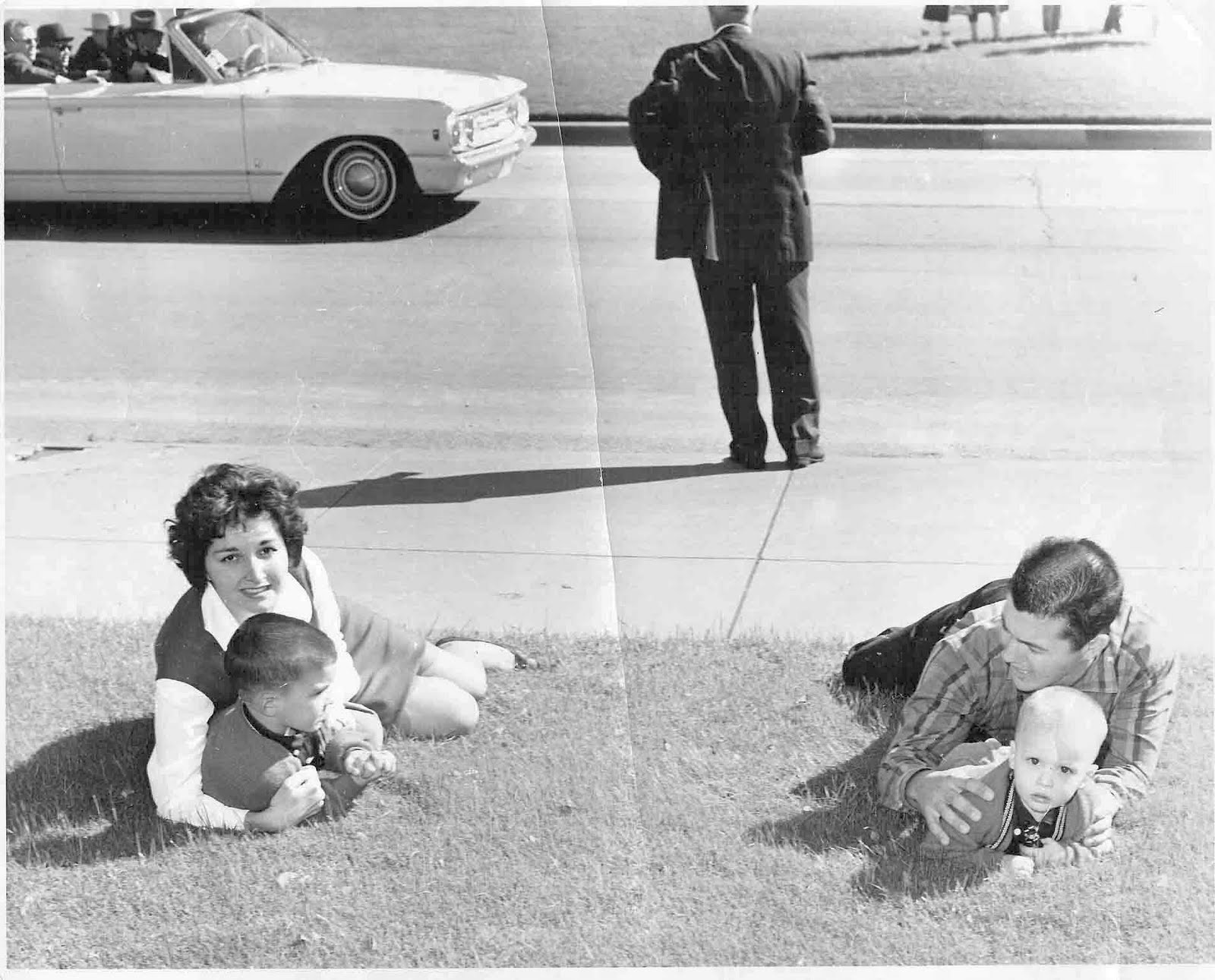 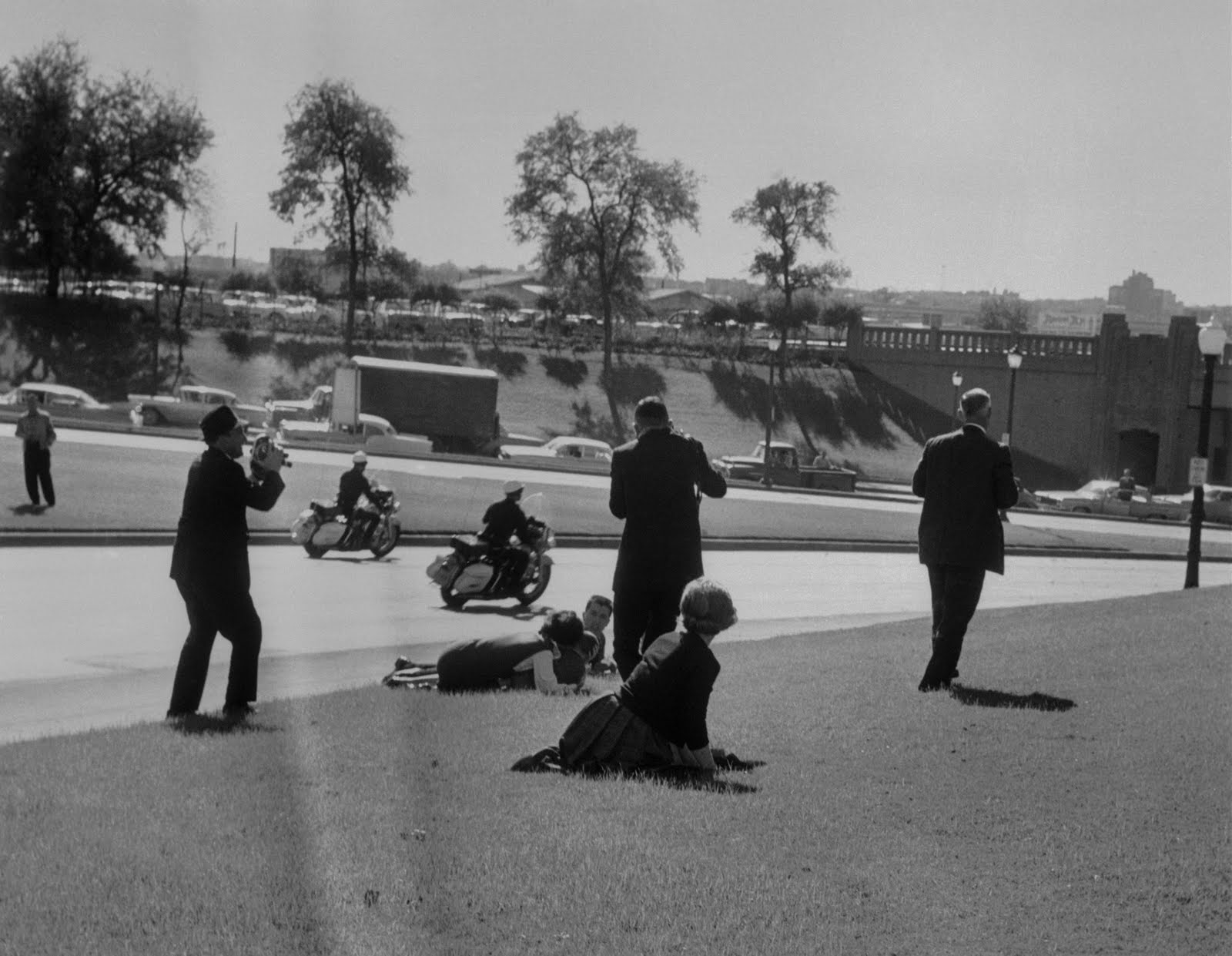 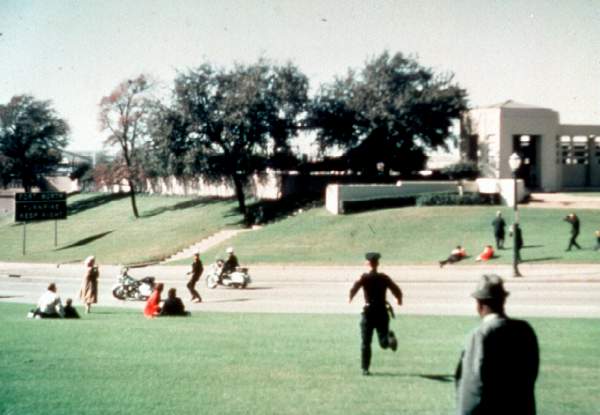 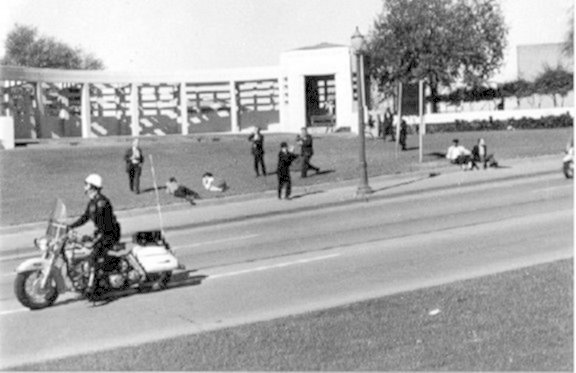 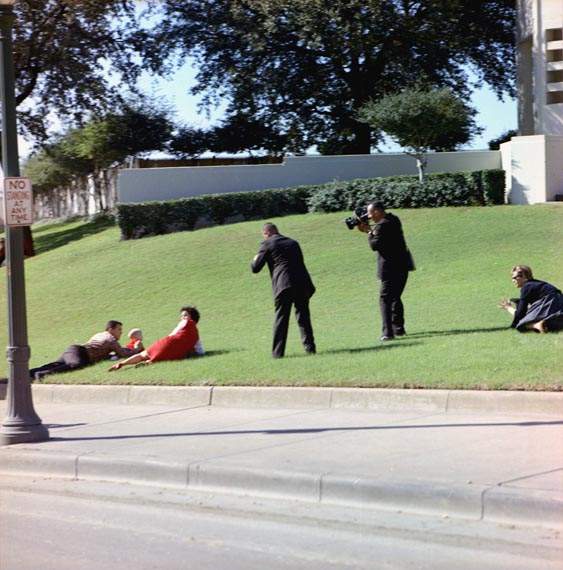 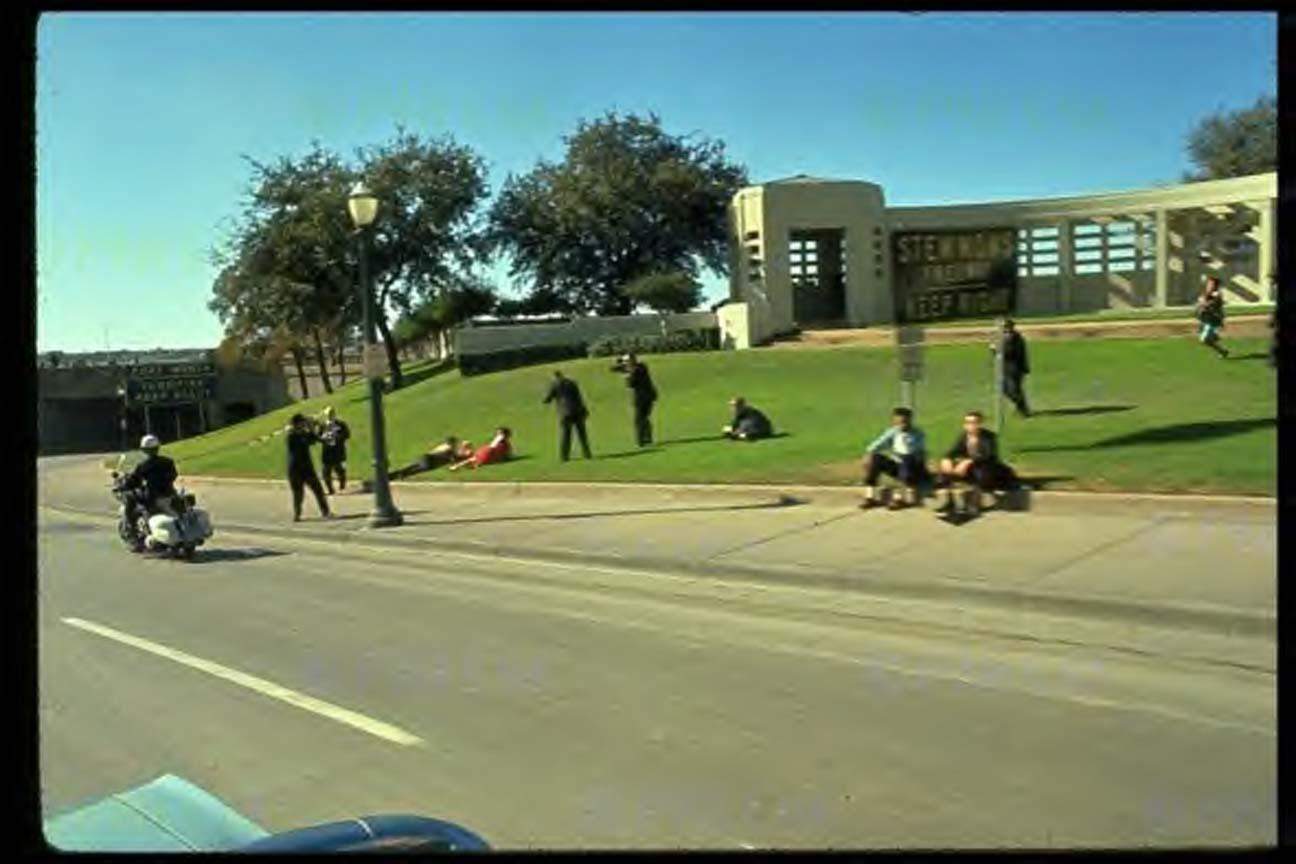 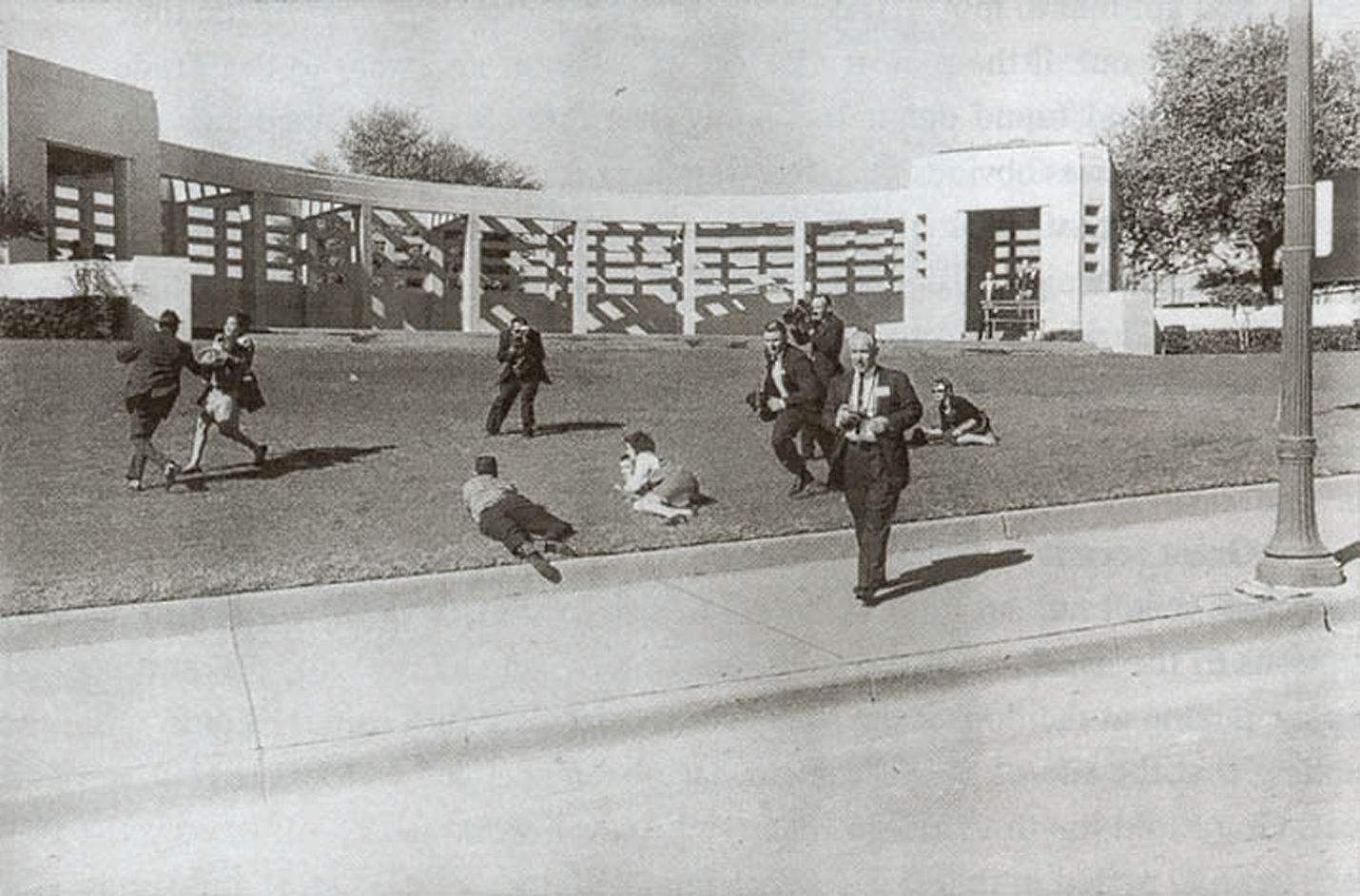 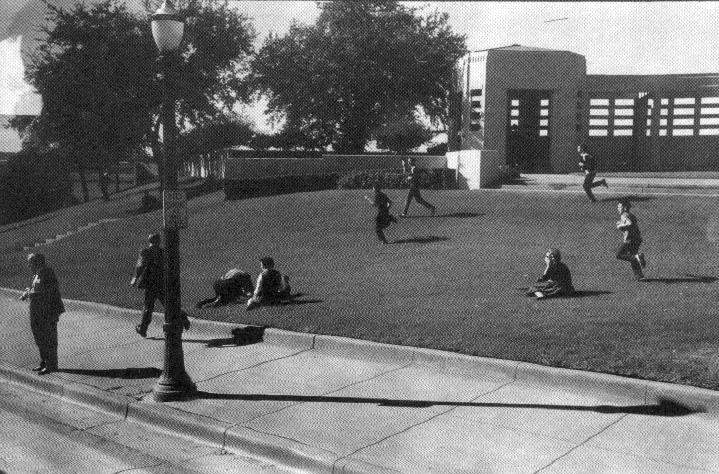 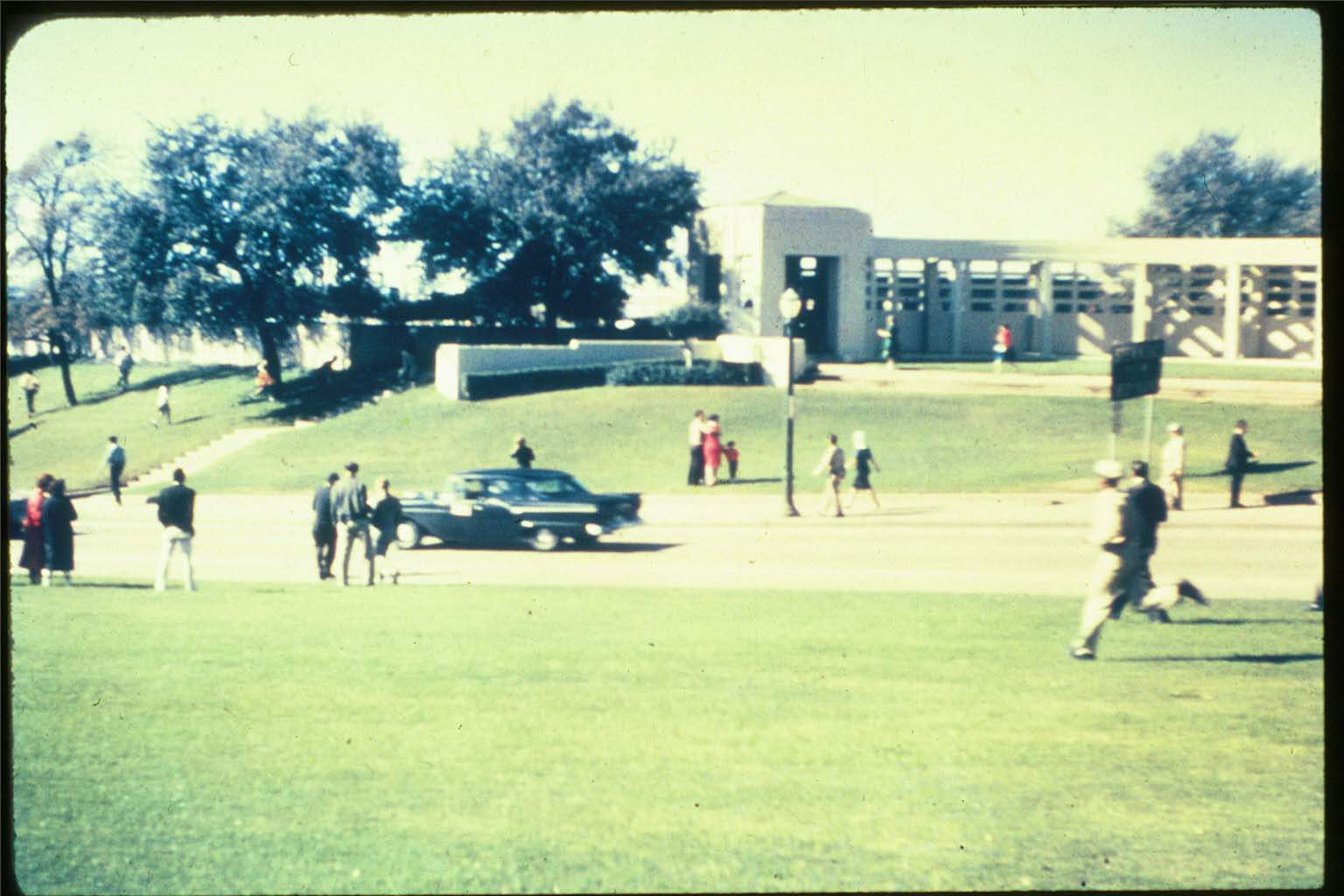 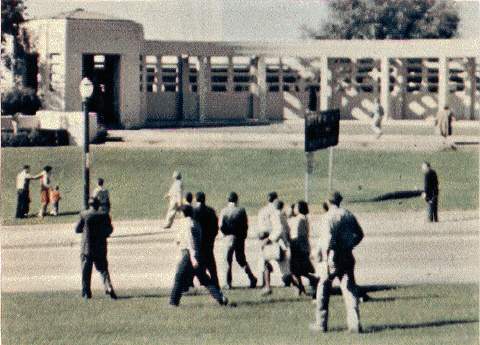