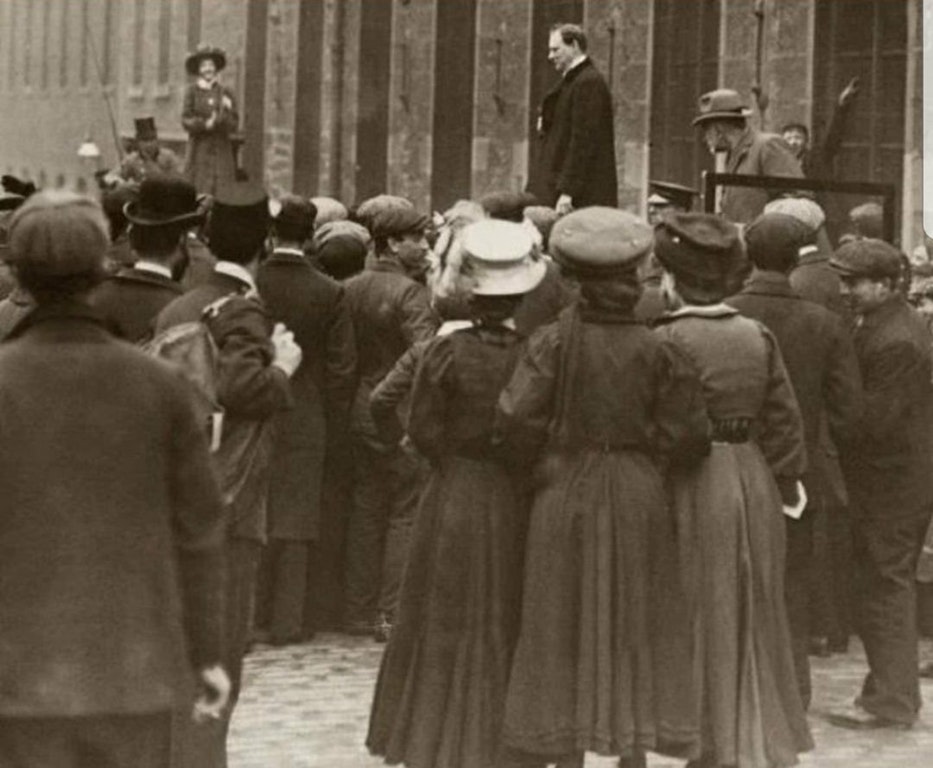 LeftBehind83: An interesting tidbit of information is that the word “heckler” in it’s current context [originated in Dundee.](https://en.wikipedia.org/wiki/Heckler)

thrfscowaway8610: These tactics helped to convert Churchill (then still a Liberal) from being a supporter of women’s suffrage to an opponent. He voted in Parliament for the (unsuccessful) bill to enfranchise women in 1904. In 1910 and thereafter he voted to oppose the measure, declaring to one of the militant suffragettes’ male supporters:-

> Under what obligations had you or your friends ever placed me? For the last five years you have disturbed or tried to disturb almost every meeting I have addressed. During the last four elections that I have fought your organizations have opposed me with their utmost strength: & if I have been returned [to office] on three occasions it has been in spite of every effort on the part of the militant suffragists to oppose me.

Nor was Churchill the only formerly supportive politician alienated in this way. The militant suffragette campaign by 1914 had become so unpopular with the British public that many of its own meetings could only be held under police protection. If the First World War hadn’t come along to get it off the hook on which it had impaled itself, it’s hard to see what might have enabled a women’s suffrage bill to get through Parliament in the immediate future.