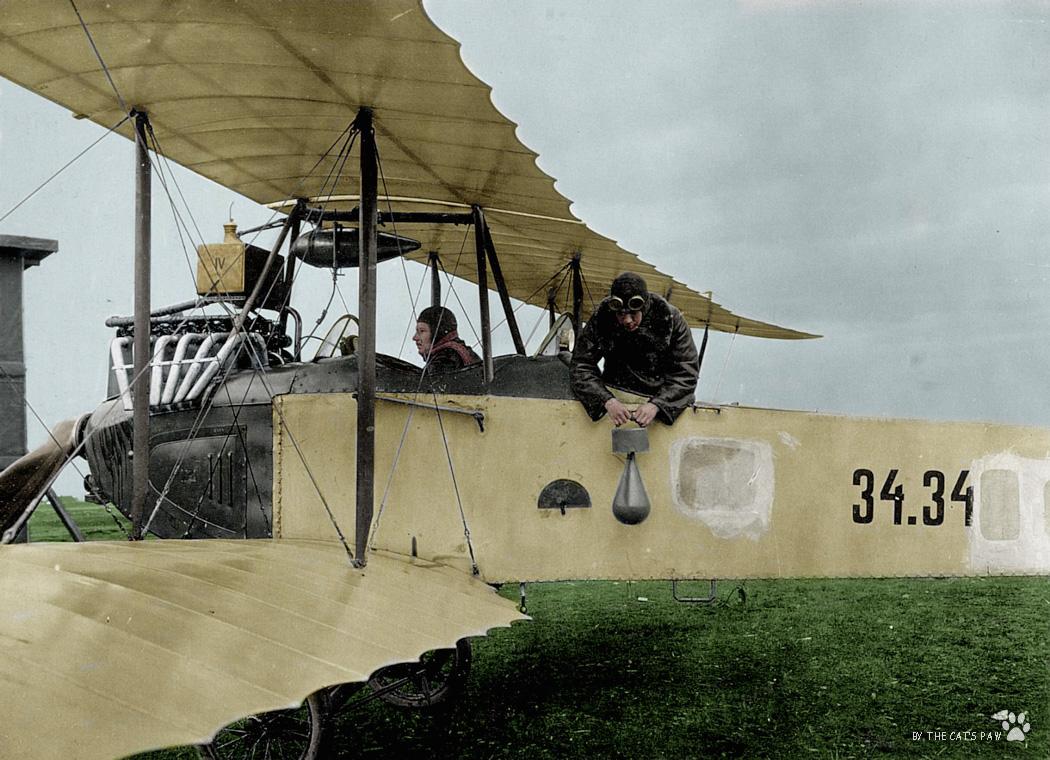 “And to the right you will see our state of the art bomb-sight. Say hi Günther.”

The Battle of Galicia, also known as the Battle of Lemberg, was a major battle between Russia and Austria-Hungary during the early stages of World War I in 1914. In the course of the battle, the Austro-Hungarian armies were severely defeated and forced out of Galicia, while the Russians captured Lemberg and, for approximately nine months, ruled Eastern Galicia until their defeat at Gorlice and Tarnów.

Previous Post: « “Everyone appreciates your honesty, until you’re honest with them. Then you’re an assh*le” George Carlin
Next Post: Soviet Squadron commanders of the 588th Night Bomber Regiment, 4th Air and Air Defence Forces Army – Soviet Air Forces, are photographed in a briefing during the Battle of the Caucasus. Germans gave the women of the regiment the nickname “Night Witches” »