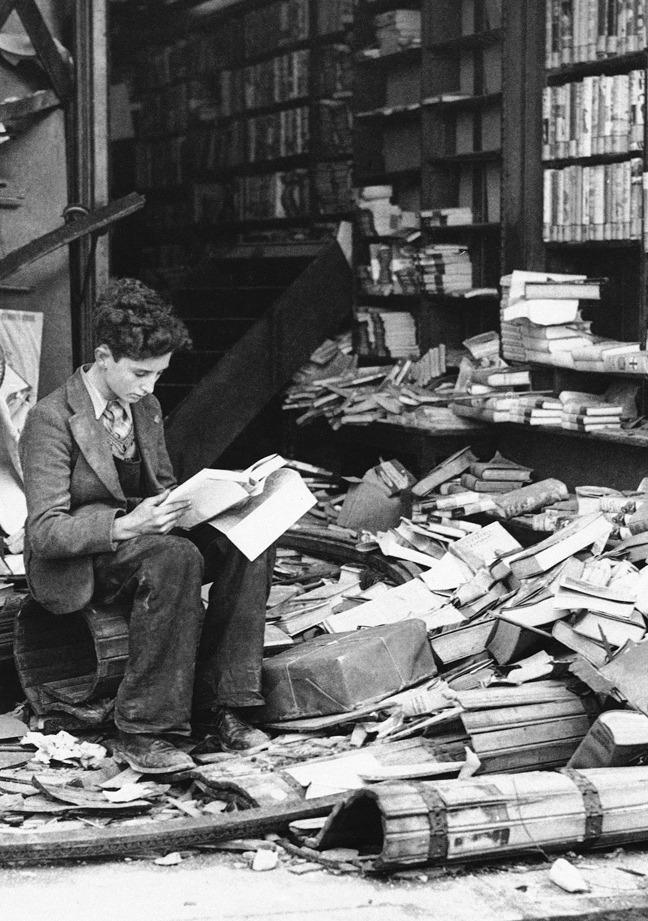 Retireegeorge: Some of these photos were staged. There’s one with a milkman delivering milk amongst piles of rubble that was staged for a newspaper/magazine.

This raid was a part of the ten air raids on Yeovil, here is some more information.

“With Westlands factory and airfield a prime target for German Luftwaffe bombing raids, Yeovil prepared for war. While the town became festooned with barrage balloons, searchlight detachments and anti-aircraft gun batteries, air raid sirens were mounted at three sites around Yeovil in order to give the greatest coverage of the warning of an imminent attack. One was mounted on the roof of the police station / court building in Petters Way, a second was on Yeovil School in Mudford Road and a third was on 166 Hendford Hill, close to the Quicksilver Mail. The first alarm was raised on 5 July 1940 and between then and the final alarm of 16 June 1944 there were a total of 365 air raid warnings.”

KillerPotato_BMW: All the time in the world. Not pictured, his broken glasses.

TheRealPopcornMaker: Why didn’t he read about the air raid and save all the books in the shop???

DwelveDeeper: I think it’s crazy how dressed up he is, that looks like a 4 or 5 layer suit. Was that really the normal attire for everyone back then? Movies during this time always have people dressed this way, but I always thought they were exaggerating a bit

Apiperofhades: Who is the author?

CaptnandMaryann: I thought Harry needed his glasses to order to read.

blrghh: How can you tell what he’s reading?

DeathcampEnthusiast: “This bombing isn’t in there, this book is rubbish!”

YumNarwhals: I just wanna know what the present is.
What’s in it!!??

Previous Post: « “Once I dreamed I was a butterfly.” Chuang-Tzu (Zhuang Zhou)
Next Post: Man Attacks 2 Women At A Hair Salon But Gets Beat Up Instead! »