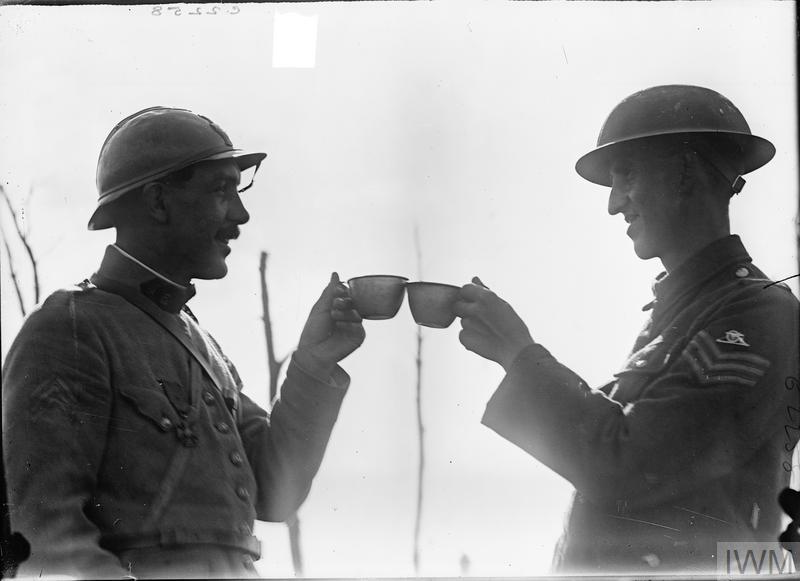 To me, the guy on the right looks more british, for some reason…, but then the gent on the left has a mustache.

IIRC, british soldiers were encourage to be mustachioed back then

Prolly why they went abroad so aggressively.