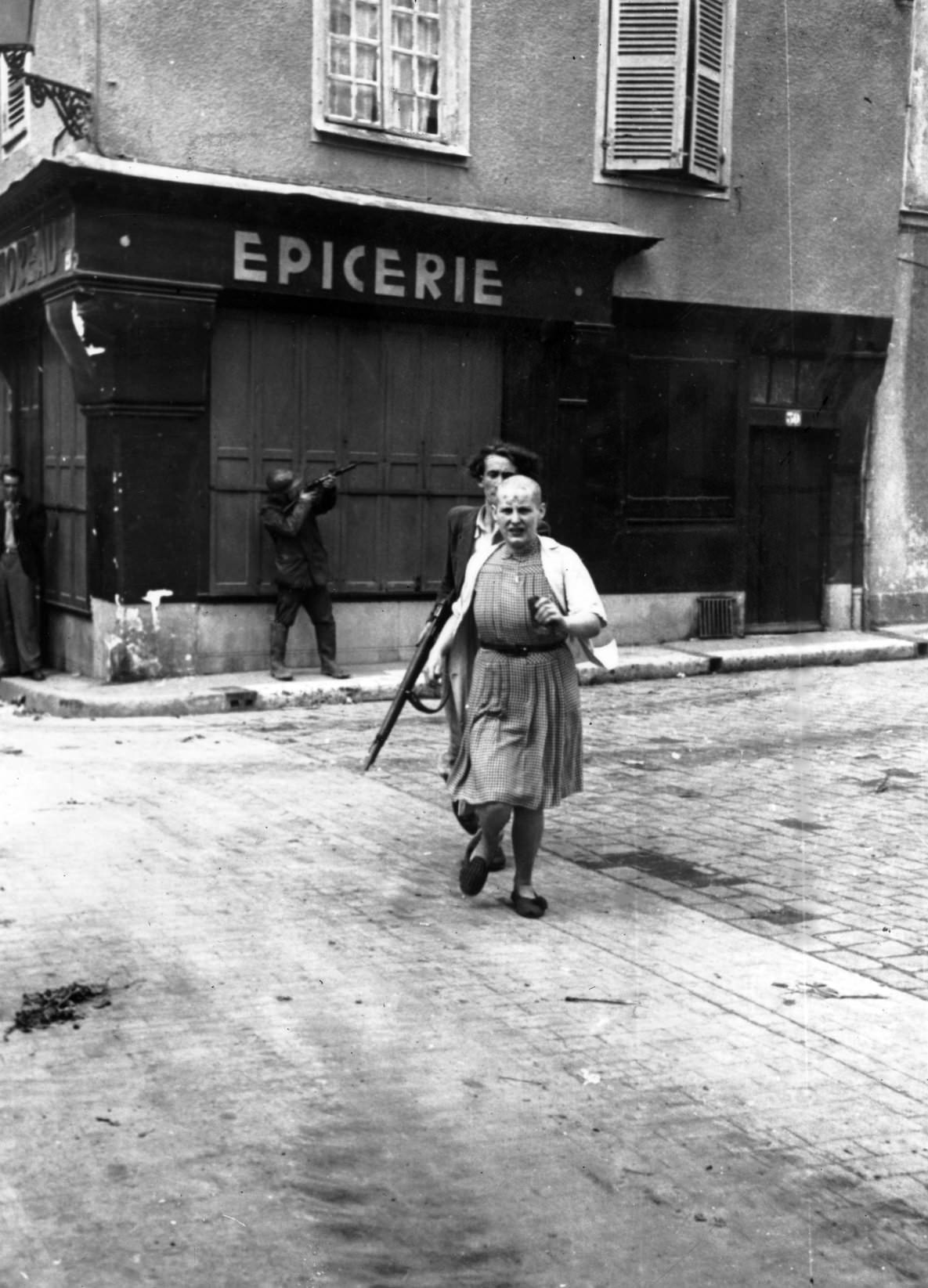 Falsh12: I always get kind of angry when i see pictures of those women shaved, beaten etc.
I am not saying they didn’t deserve punishment for spreading legs to Germans, of course they deserved it (although a lot of them were actually innocent and had no sexual relations with aggressor). But what enrages me are those French men, who after 4 years of pretty peaceful occupation decided to let out all their frustrations on those women. Where were those brave free French in past 4 years? France was one of the most peaceful occupied countries. In Yugoslavia, resistance movements fought for 4 years, with uprising starting in the darkest part of the war (1941), killing hundred thousand axis soldiers including 20 thousand Germans, diverting huge forces from other german fronts. Poland had their uprising and active resistance (and also they fought until the very end in 1939).

And then there’s those French men, who surrendered Paris in order to save historical monuments (???), who capitulated after less than 10% of their country was occupied, who decided to display their masculinity by shaving a freaking helpless girl, after they spent 4 years sitting in caffe’s. I am not saying French resistance was non-existent, but it was comically small and peaceful compared to Yugoslavian, Polish and Soviet partisan (behind enemy lines) resistance.

Previous Post: « Pep, the dog who was sentenced to life in prison for killing Pennsylvania governor’s cat 1924
Next Post: A man who was condemned by an Islamic war tribunal for denouncing nine families being escorted 20km outside Kabul for execution, 1980 »