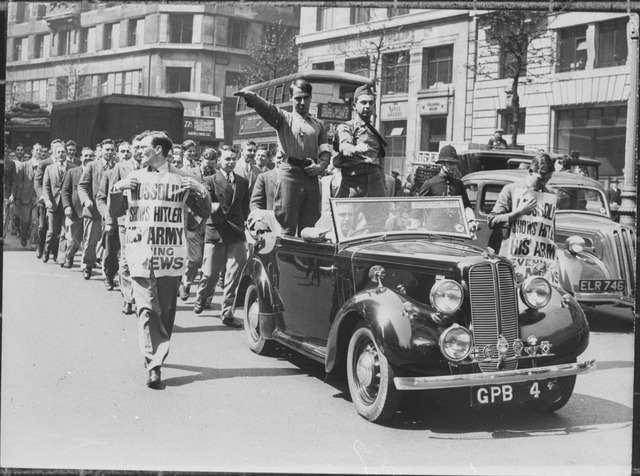 carmy856: Where was this taken?

PrimalPr3dator: No wonder Hitler bombed the crap out of London, this is the only reason.

Erathresh: The chilling thing is that some of these boys probably died only a few years after this.

TheOnlyBongo: I love pictures like this. Laughter in the face of adversity and conflict is one of the most humanizing aspects of history and helps break down that disconnect i usually have when looking at the last. Are there any other examples like that even further back and in different countries?

telenet_systems: Are you sure this isn’t just a good ol fashioned college republicans rally?

kaka99990: Leave Mussolini alone. He was a good leader but he had bad mistake. Getting alone with Hitler