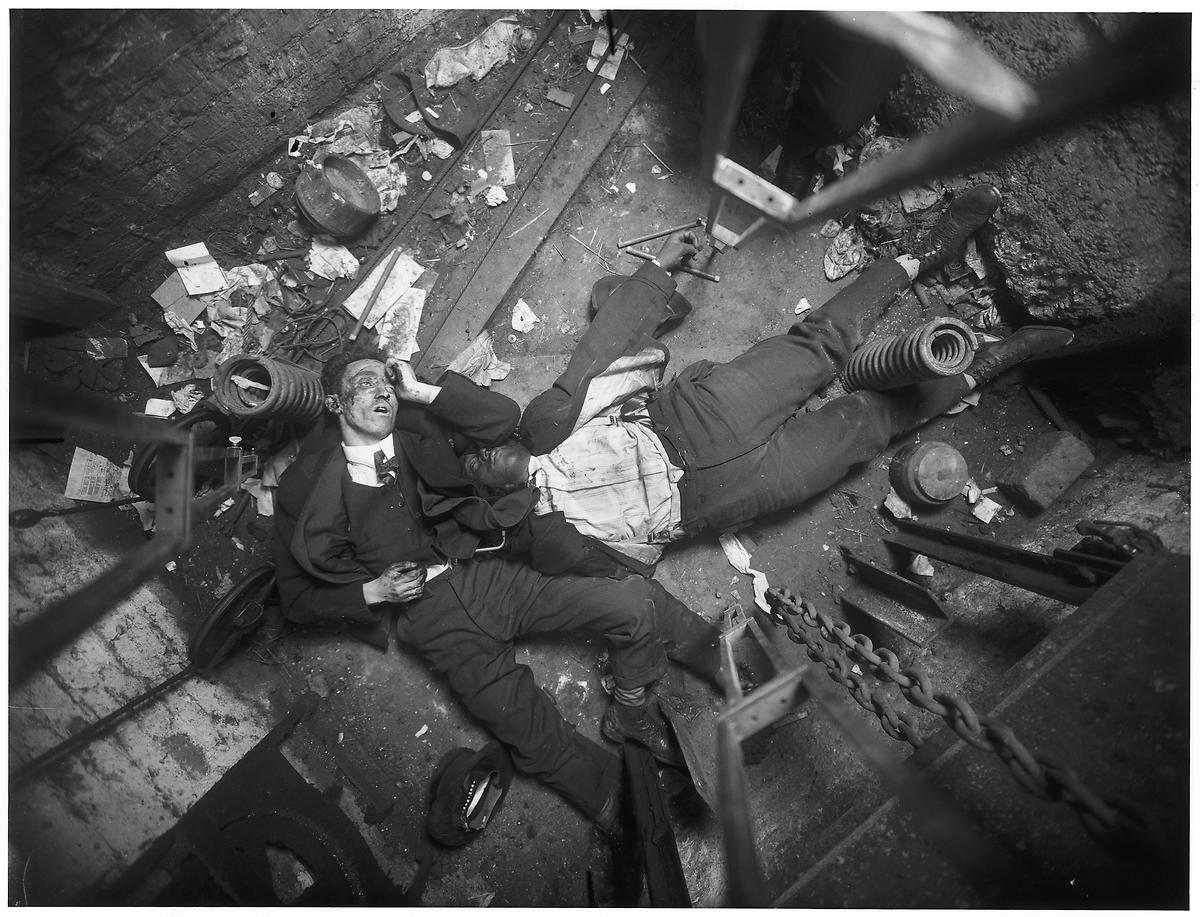 Black-Fedora: Good on them for being an interracial duo in 1915, though!

Gorf_the_Magnificent: Guy on the left looks a little puzzled. “How the heck did I wind up down here?”

plentyOplatypodes: Looks like dude on the left survived long enough to get his hands bloody. Rough.

Retr0200202: The guy on the left has blood on his head that could be from the fall or from the guy on the left getting a couple of punches on him but we can’t see the right guys hands clearly so I don’t know but lefty has blood so it’s possible they did fight before they fell (if anyone wants to elaborate on my speculation feel free to I love things like this)

« “It is easy to be brave from a safe distance” Aesop
The oldest girl seated in the doorway of the house trailer cares for the family, Yakima Valley, Washington, 1939 »