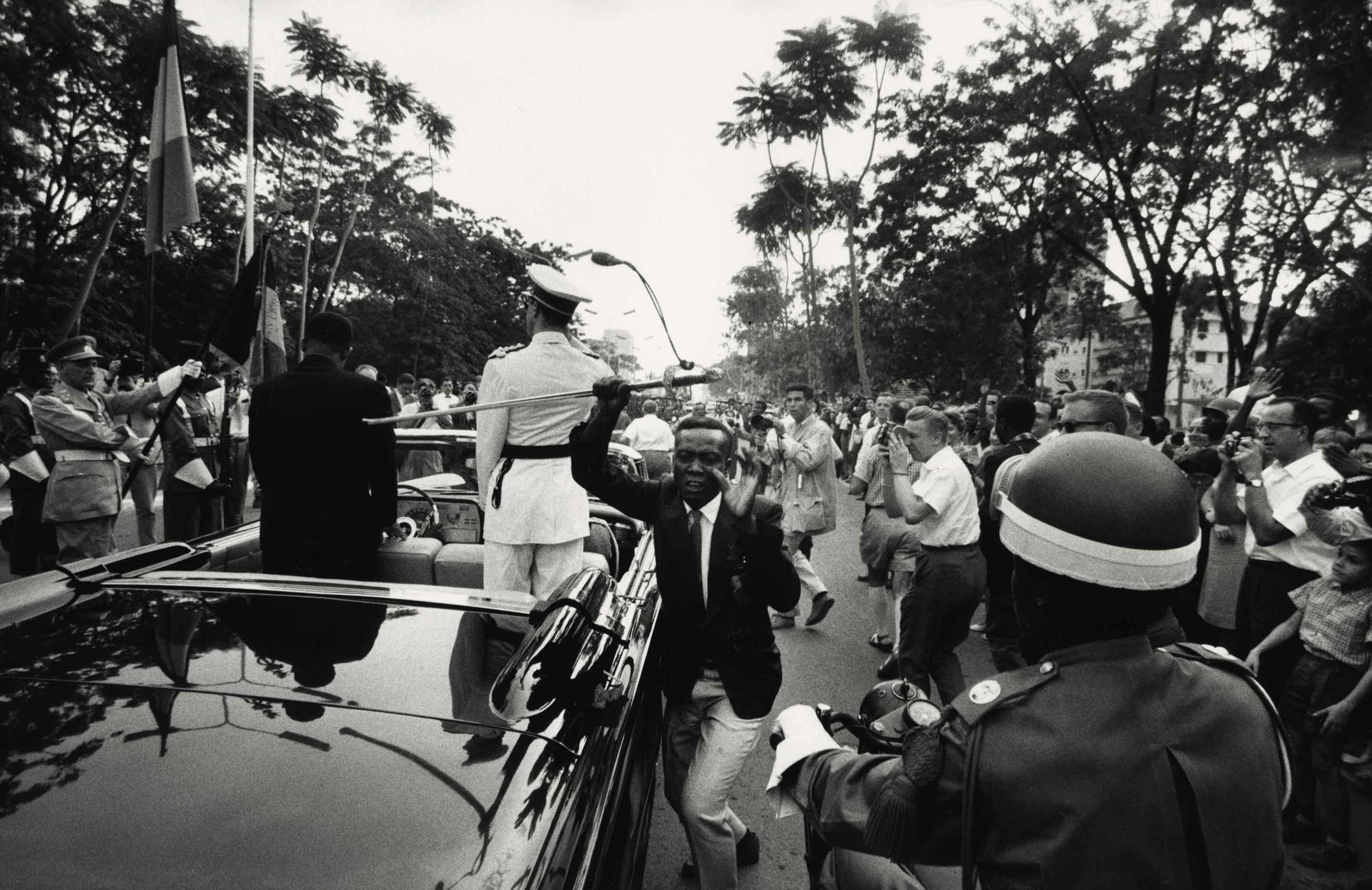 shillyshally: I remember the Mau Mau uprising. It was portrayed in the press here in America like it was this immense slaughter of white people by crazed natives. Truly, the world was on the brink of an apocalypse.

I went to college and grad school – I was in my late 50s before I learned about King Leopold.

drylaw: Lebeck’s website shows some more of his photos from his travels in Africa as [Africa – The Awakening.](http://www.lebeck.de/en/africa.html)

“Ambroise Boimbo was a Congolese citizen who snatched the ceremonial sword of King Baudouin I of Belgium on June 29, 1960 in Léopoldville (now Kinshasa) on the eve of the independence of the Belgian Congo. He was a former soldier who originated from Monkoto in the Équateur Province.

The king’s entourage was driving from the airport into the city when it slowed to enable the monarch to stand and salute the flag of an honour guard of the Force Publique drawn up by the side of the road. A widely published photograph, taken by journalist Robert Lebeck, shows an exuberant Ambroise Boimbo, in jacket and tie, flourishing the sword while Baudouin and Congolese President Joseph Kasa-Vubu appear unaware of the incident. Further photographs taken by Lebeck show Boimbo encircled by Belgian and Congolese colonial gendarmes, as they wrestled him to the ground. According to media reports the “nationalist demonstrator” was taken away in a police vehicle but released later the same day at the king’s request. The sword was apparently quickly retrieved and returned to King Baudouin, who was filmed wearing it at the Independence speech-making ceremonies the next day on June 30.

To some commentators the seizure of the sword symbolized the independence of the Congo, although others saw it as simply an instance of high-spirited behavior at a time of celebration.”

EviLAnTo: Betcha that litttle fella didnt have his right hand after that