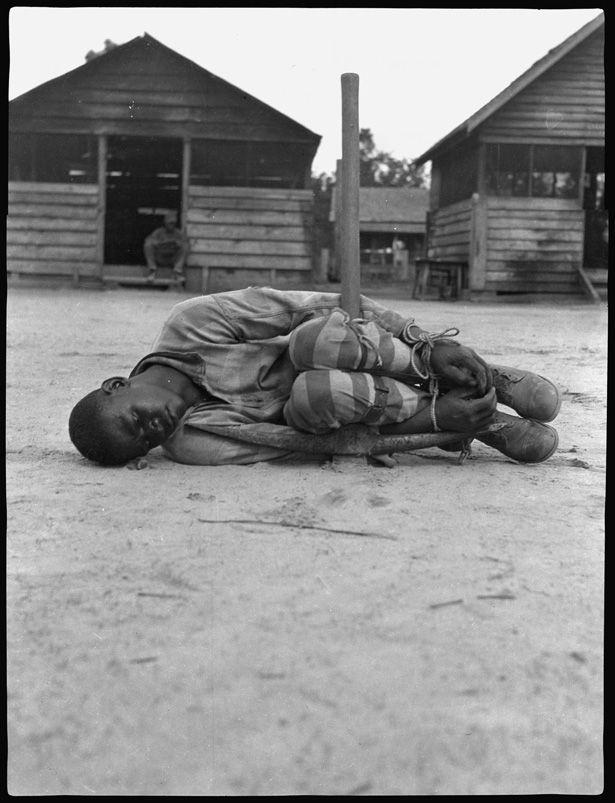 radglare: how the f**k was this happening in 20th century

superultrafusionbeam: What is this form of torture? Is it supposed to target the knees?

avebeenhereawhile: For some reason, I was thinking that this had to be Georgia the country. I hate to see torture like this. It breaks my heart that this happened in the US.

bayva: Forced labor camp makes this sound like a gulag in Siberia!

dagolicious: Georgia has fire ants, so this is worse than it looks. It wouldn’t surprise me if that’s the real reason they did this.

Edit: Apparently Georgia didn’t have fire ants at the time. I did not know that. Previous Post: « “Why should the Arabs make peace? If I were an Arab leader I would never make terms with Israel. That is natural: we have taken their country.” David Ben-Gurion
Next Post: “Our scientific power has outrun our spiritual power. We have guided missiles and misguided men.” Martin Luther King, Jr. »