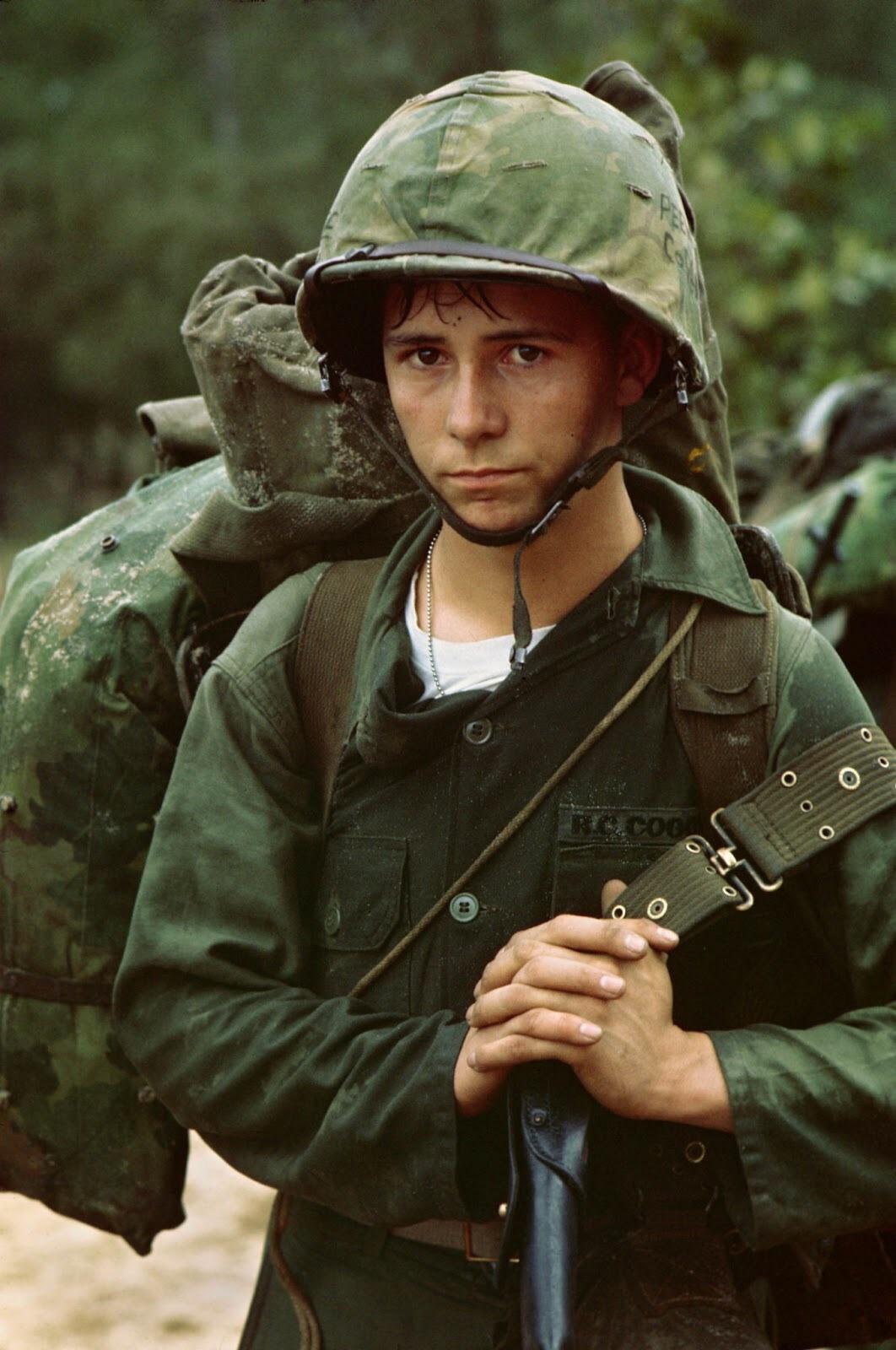 124701: I’m old now so this brave person looks like he’s not old enough to drive much less go to war. Hurts me really.

Doub55: Hoping he made it back in one piece and was able to come to terms with that war and what it all was about.

UnoKitty: In the photo, you can see that the young private, on the pistol belt that he holds, has a holster for a Colt 45 automatic. In Spring ’70, the 45 that I was issued was older than I was.

Average age in my (Army) basic training company was 18 years and 2 months.

“I was at Danang during 1965 with VMFA 115. There were no Marine amphibous landings at Danang then since we were already in controle of the area.

During mid August 1965 the Marines landed at Chu Lai Viet Nam where we established a base about 70 mi South of Danang. The units included 3rd Bn 11th Marines and 3rd Bn 12th Marines. Your young Marine was probably from one of those two units. ”

« In one of my classes, we received a list of the greatest mass killings in human history. The top was, of course, World War 2, but number two was the Mongol conquests under Genghis Khan, to whom they attribute forty MILLION deaths! Can this possibly be true? How do we calculate something like that?
“To be yourself in a world that is constantly trying to make you something else is the greatest accomplishment.” Ralph Waldo Emerson »