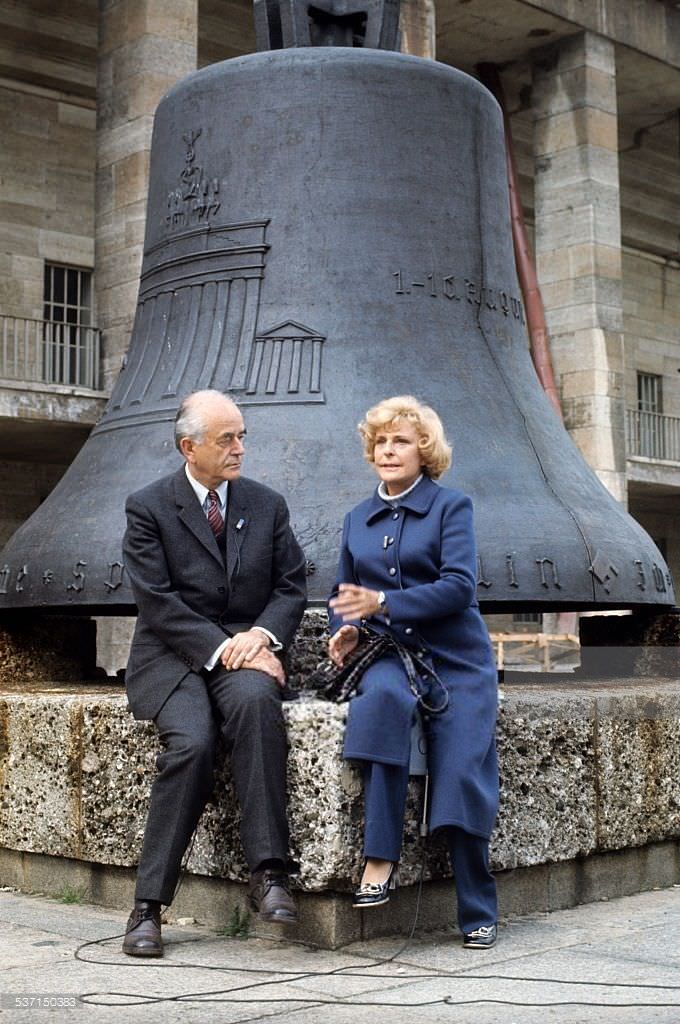 Grave3183: Was the Swastika on the bell disfigured on purpose?

HST87: Thought this was an interesting picture. Speer didn’t design the actual stadium but did some work on it if I’m not mistaken, and Riefenstahl of course made a propaganda film out of the 1936 Olympics. Here many years later they sort of look left behind, remnants of the past.

I don’t know the story of the image but I imagine it’s in connection with the 1972 Olympics in Munich.

Previous Post: « German cavalry taking aim in the standing saddle position, 1935
Next Post: “There’s a lot of humiliation in living, but that’s okay, for if the gods are always laughing, then surely at times they must be laughing with us.” J. Andrew Schrecker »